New information has been released in the case against a former New Mexico state legislative candidate who was booked into jail Tuesday in connection with a series of shootings at Democratic elected officials’ homes.

A criminal complaint provided to USA TODAY reveals frightening details about the shootings linked to the Republican candidate. Bullets fired into one of the lawmaker’s homes caused sheetrock and dust to land in the face of the 10-year-old daughter as she slept in bed, according to the complaint.

The complaint also reveals suspect Solomon Peña was “upset he had not won the election for public office,” adding that he encouraged accomplices to shoot at the homes during waking hours and “intended to (seriously injure) or cause death.”

Peña, who lost his bid for a state house seat in November, is accused of conspiring with, and paying four other men to shoot at the homes of two county commissioners and two state legislators.

During a news conference Monday night, Albuquerque Police Department Chief Harold Medinaidentified Peña as the “mastermind suspect” in the shootings.

No one was injured in the shootings, police said.

The most recent attack took place at state Senator Linda Lopez’s home on Jan. 3. According to the complaint, on the lawmaker told police she heard loud bangs at her home the night of the shooting, but dismissed them as fireworks. At the same time, her 10-year-old daughter woke up and told her mother she that she believed a spider crawled over her face in bed.

“Linda went to sleep with her daughter in bed. While in bed, Linda’s daughter asked what it felt like there was sand in the bed,” the complaint reads.

The next morning, Lopez noticed there were holes in her house from gunfire and called police, the complaint continues. A preliminary investigation at the home found “sheet rock and dust was blown on Linda’s daughter‘s face in bed, resulting from firearm projectiles, passing inside her bedroom overhead.”

Officers also found 12 impacts to her home, presumably from gunfire, and one projectile inside of a parked vehicle in the driveway. 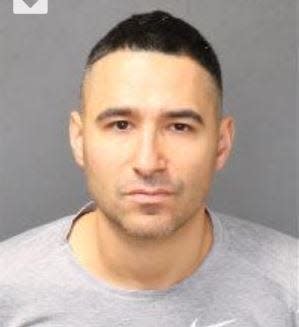 Two days after the shooting, a police detective obtained a Bernalillo County Sheriff’s Office report detailing a traffic stop initiated the night of the shooting near the lawmaker’s home.

Shell casings found at Lopez’s home matched a handgun that was confiscated after the traffic stop just 40 minutes after the shooting. The driver, Jose Trujillo, had an unrelated felony arrest warrant, the police said.

Inside the vehicle, which was registered to Peña, a deputy found items including more than 800 pills, a Glock 17 generation 4 and an assault rifle, and the items were collected as evidence.

A witness, who police wrote is expected to cooperate in the case, told police Peña wanted people he hired for the shootings “to aim lower and shoot around 8 p.m. because occupants would more likely not be laying down” in the homes. Peña was present for the shooting at Lopez’s residence, the witness claimed.

A lawyer for Peña who could comment on the allegations wasn’t listed in jail records.

Peña is scheduled to appear in court for a hearing Wednesday at 1:30 p.m. local ti

Victim ‘grateful a suspect is in custody’

Some of the victims expressed gratitude to police regarding the arrest.

“I deeply appreciate our (police) for their hard work throughout this investigation into these shootings targeting elected officials,” state Rep. Javier Martinez, one of the four victims, tweeted Tuesday. “I am grateful a suspect is in custody and I trust our justice system will hold them accountable.”

I deeply appreciate our @ABQPOLICE for their hard work throughout this investigation into these shootings targeting elected officials. I am grateful a suspect is in custody and I trust our justice system will hold them accountable.

During a news conference Monday evening, hours after SWAT officers arrested Peña at his home, the police chief said Peña was angry over losing the election last November and made baseless claims that the election was “rigged” against him.

“There’s probable cause to believe that soon after this unsuccessful campaign, he conspired with Jose Demetrio, and two brothers, to commit these four shootings at elected local and state government officials’ homes,” the criminal complaint says. 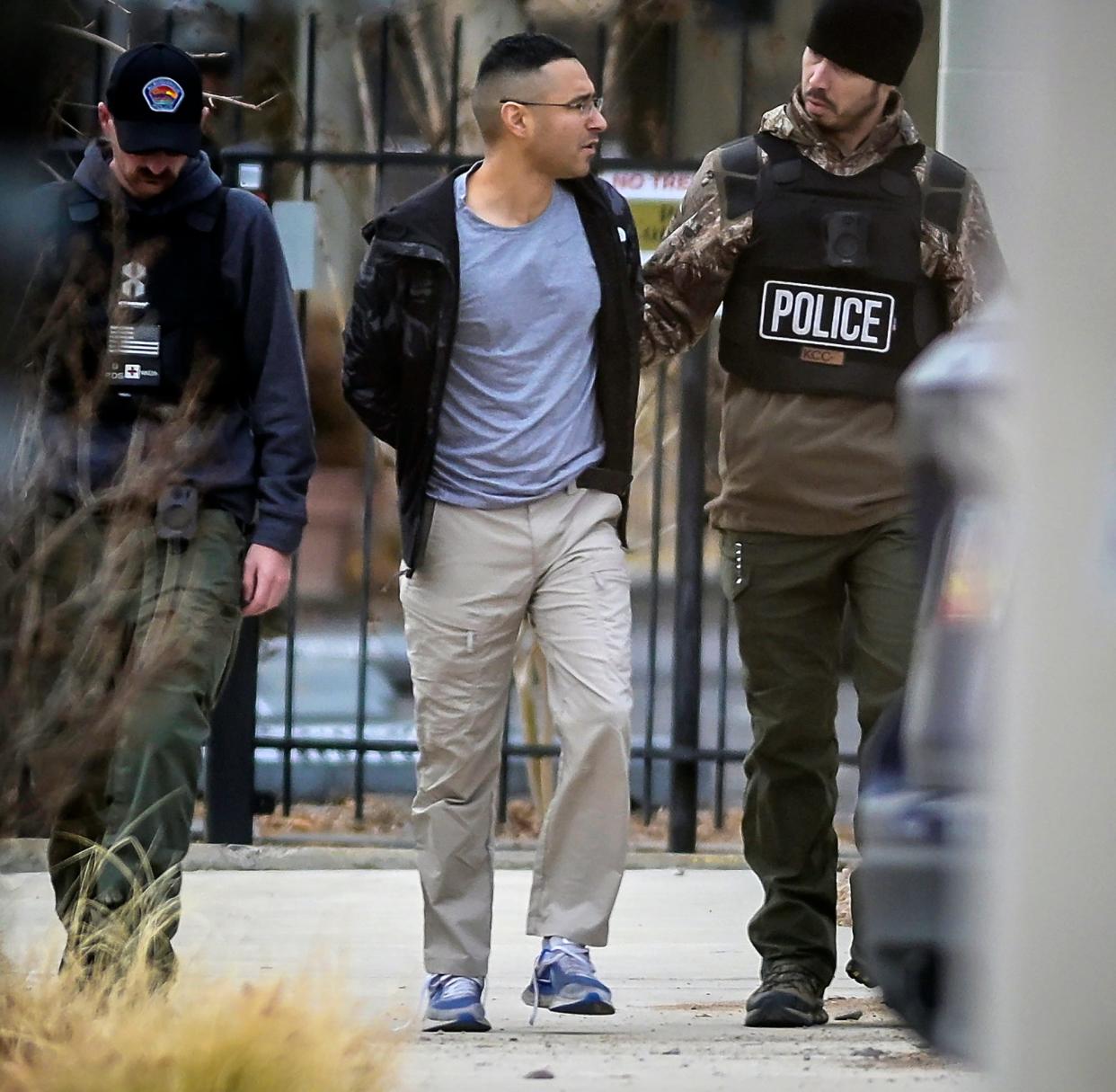 Police said they identified Peña as their “key” suspect using a combination of cellphone records, witness interviews and bullet casings collected at the lawmakers’ homes. His arrest comes one week after Medina, the police chief, initially announced they had identified a suspect in the shootings. 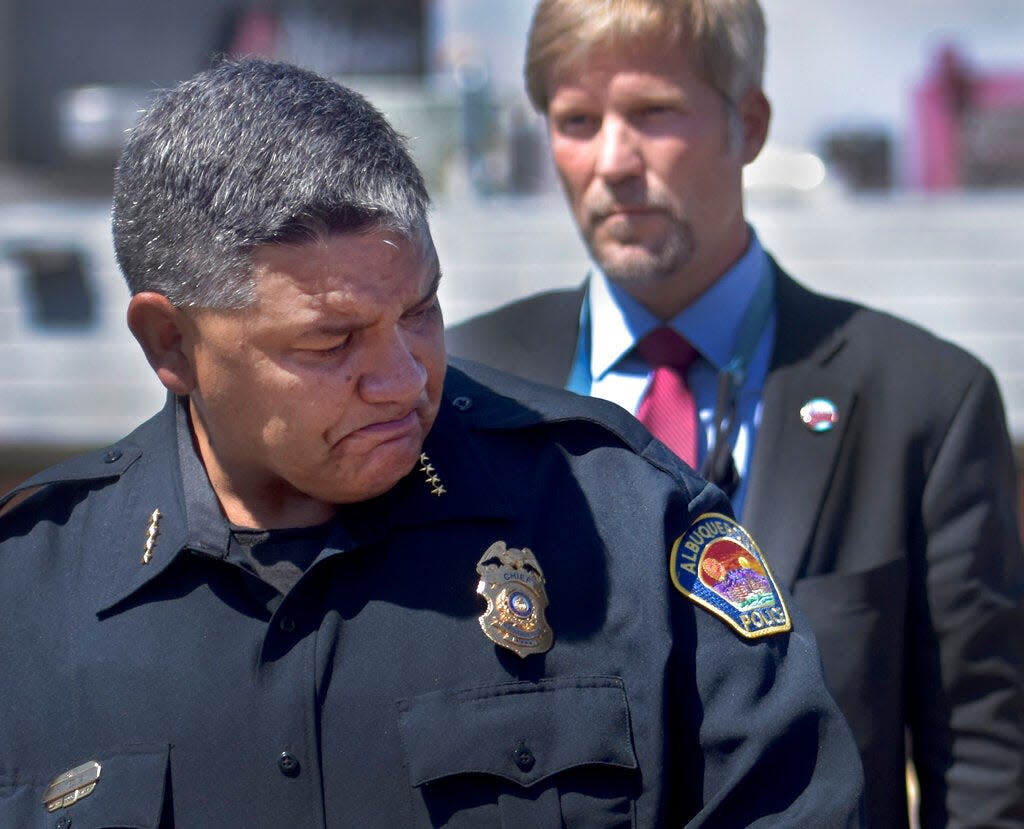 The ‘mastermind’ of a criminal conspiracy

Medina described Peña as the “mastermind” of what appears to be a politically motivated criminal conspiracy leading to four shootings at or near the homes of two county commissioners and two state legislators between early December and early January.

Police said Peña, an election denier, had approached county and state lawmakers after his loss claiming the contest had been rigged against him despite no evidence of widespread voter fraud in New Mexico in 2020 or 2022. The shootings began shortly after those conversations.

The police said in a statement that Peña paid four men cash and “sent text messages with addresses where he wanted them to shoot at the homes.”

New Mexico’s state Canvassing Board unanimously certified the results of the November election.

No one was injured in the shootings, which came amid a rise in threats to members of Congress, school board members, election officials and other government workers around the nation. In Albuquerque, law enforcement has been struggling to address back-to-back years of record homicides and persistent gun violence. 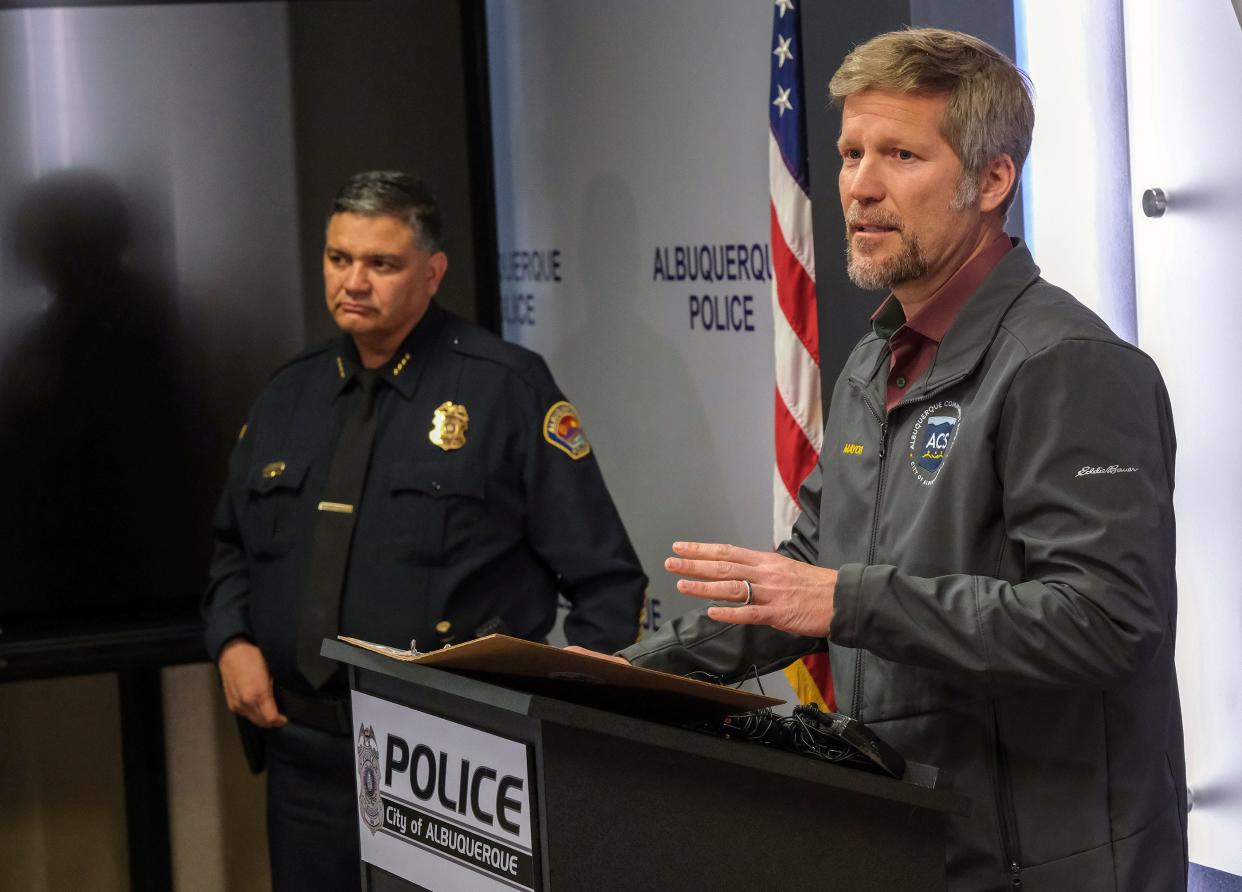 Deputy Commander Kyle Hartsock said at least four people, including Peña, were involved in the shootings. Peña is accused of paying the others to carry out at least two of the shootings, according to Hartsock, before “Peña himself” allegedly “pulled the trigger” during one of crimes.

Hartsock said additional arrests and charges were expected in the case but declined to elaborate, citing the ongoing investigation. He said some individuals, including Peña, were in custody Monday night.

Four shootings in a month

The first shooting took place Dec. 4, when someone fired about eight rounds at the home of Adriann Barboa, a Bernalillo County commissioner, police said. According to the criminal complaint, the shooting took place just after 3:30 p.m. and a pick-up truck was seen in the area by neighbors.

In addition to Barboa’s home being hit, a parked vehicle was also struck by gunfire.

On Dec. 8, more than a dozen shots were fired at Martinez’s home. His wife, the complaint reads, was home at the time of the attack and heard the gunfire erupt. Neighbors also told police they watched a pick-up truck speed away from the scene.

I deeply appreciate our @ABQPOLICE for their hard work throughout this investigation into these shootings targeting elected officials. I am grateful a suspect is in custody and I trust our justice system will hold them accountable.

According to the complaint, at least 12 rounds were fired at the home. In addition, O’Malley said that Peña arrived at her home a day or two prior to the incident.

“Debbie recalled that he was upset that he had not won the election for public office,” the complaint continues.

Video surveillance from her home showed Peña arrived at her house in a black 2022 Audi.

Then, on Jan. 3, police said Peña accompanied the men to Lopez’ home and tried to shoot but the automatic rifle he was using malfunctioned. Another man shot more than a dozen rounds from a handgun, police reported, including into the bedroom of Lopez’s daughter.

Natalie Neysa Alund covers trending news for USA TODAY. Reach her at [email protected] and follow her on Twitter @nataliealund.