Chicago: A St Louis, Missouri grand jury on Tuesday, local time, indicted a couple with exhibiting a weapon and tampering with evidence, three months after they brandished guns at protesters marching outside their home, local news reported. 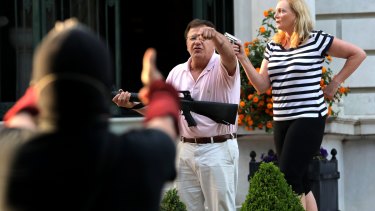 Mark McCloskey and his wife Patricia McCloskey have said they were frightened for their lives when demonstrators protesting against police violence marched by their mansion on their way to the home of St. Louis Mayor Lyda Krewson.