Former deputy prime minister Barnaby Joyce has continued his criticism of state border closures, telling Sunrise this morning hard borders are like "having five different countries" and blaming "parochialism and populism" for the policies.

"This all has to do with elections of Annastacia Palaszczuk," Mr Joyce told the breakfast program.

"Also Mark McGowan, [although] Western Australia was always its own country." 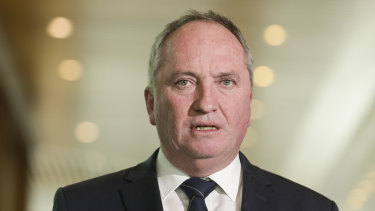 Mr Joyce added that he believed the closures were not constitutional.

"It's overreach, it's causing massive damage … we have [five] compasses pointing in all different directions and a ship trying to be steered during an economic crisis."

Addressing former prime minister Tony Abbott's comments last week that Australia needed to ask "uncomfortable questions" about how many deaths it is prepared to live with, Mr Joyce said he understood where his colleague was coming from.

"Tony Abbott was torn to shreds but he is seeing something that is the truth that you can't completely shut down an economy," he said, adding that he believed Victoria's road map to recovery was "going to help nobody if they only have bits and pieces of the economy".

In Queensland, the state's Chief Health Officer has expressed confidence about reopening the southern border before Christmas.

The state is tipped to go further into debt when Treasurer Cameron Dick hands down a mini-budget on Monday as it tries to emerge from the COVID-19 pandemic, with some heaping blame on continued border closures for part of the economic impact. 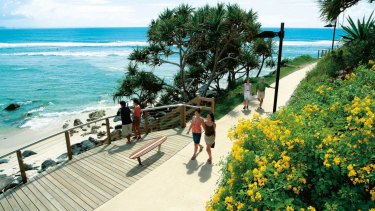 Dr Jeannette Young wants NSW and Victoria to record 28 days without community transmission before opening the border, but would also welcome a national hotspot definition, which is now being worked on with her counterparts across the country.

On Sunday, Dr Young told reporters NSW and Victoria were doing a "marvellous" job of tracing confirmed cases to reduce the number of infections from unknown sources.

"I'm confident that with all that work, we should, I hope, be able to open our borders for Christmas," Dr Young said. "We're doing everything we can to assist those two states and they are doing a marvellous job, they really are." 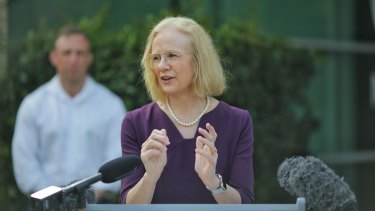 It's much welcome news for this former Queenslander who would love to spend Christmas with her family.

Looking to NSW now, where the Kincoppal Rose Bay School of the Sacred Heart is closed today after two year 7 students tested positive for the virus.

The students are linked to the Sydney CBD cluster, taking the outbreak to 64 cases. NSW Health's latest COVID-19 surveillance report revealed the CBD cluster has its roots in the Bankstown funerals cluster first detected weeks ago. 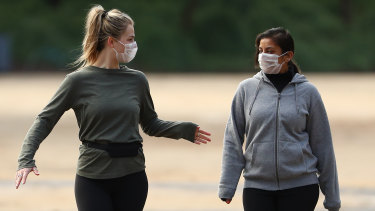 Under stage four restrictions Melburnians must wear masks while out and about, but strenuous exercise is exempt.Credit:Getty

What: The curfew will no longer apply, there will be no restrictions on leaving home, public gatherings outside will increase to ten, five visitors from a nominated home will be permitted, all schoolchildren will begin a phased return, retail and hairdressing will reopen, hospitality will resume outdoor dining and non-contact outdoor sport will return.

When: From November 23 subject to public health advice and if the state records no new cases for 14 days.

What: Gatherings outside will increase to 50, all retail will return, hospitality will resume indoor dining for 20 people with a total venue cap of 50, real estate will resume, sports restrictions will ease and weddings/funerals will return for up to 50 people.

When: Victoria reaches no new cases for 28 days, no active cases and no "outbreaks of concern in other states and territories".

What: This will see most restrictions dropped and most people return to work. No date has been set for this stage.

Yesterday was a huge day for Victorians as Premier Daniel Andrews unveiled the state's long "road map to recovery", which ultimately means Melburnians will not be allowed to return to anything resembling normal life until late November at the earliest.

Mr Andrews' press conference was tough Sunday viewing for some, particularly business owners. The Premier outlined five basic steps that Melbourne will follow to move out of lockdown and the timing thresholds that apply, as the state recorded 63 new cases and five deaths.

All the details about the five steps for metropolitan Melbourne and regional Victoria have been collated by our online editor Mathew Dunckley, here.

If you missed the full press conference, you can watch it below:

The number of confirmed coronavirus cases around the globe has passed 26.9 million, while the death toll has exceeded 880,000, according to the Johns Hopkins University tally.

On a positive note, more than 18 million people have recovered from the virus. You can explore our data centre (below) for the latest figures across the world:

Good morning and welcome to our rolling coronavirus coverage on this Monday. For those counting, Melbourne is 36 days into its just-extended stage four lockdown.

It's Marissa Calligeros here and I will be with you for most of the day. In the spirit of Father's Day, here's a Van Morrison favourite to start off the morning: