A PRIMARY school has closed today after a parent tested positive for coronavirus.

Burbage Primary School in Buxton, Derbys, alerted parents in a WhatsApp message last night, telling them not to come in to school. 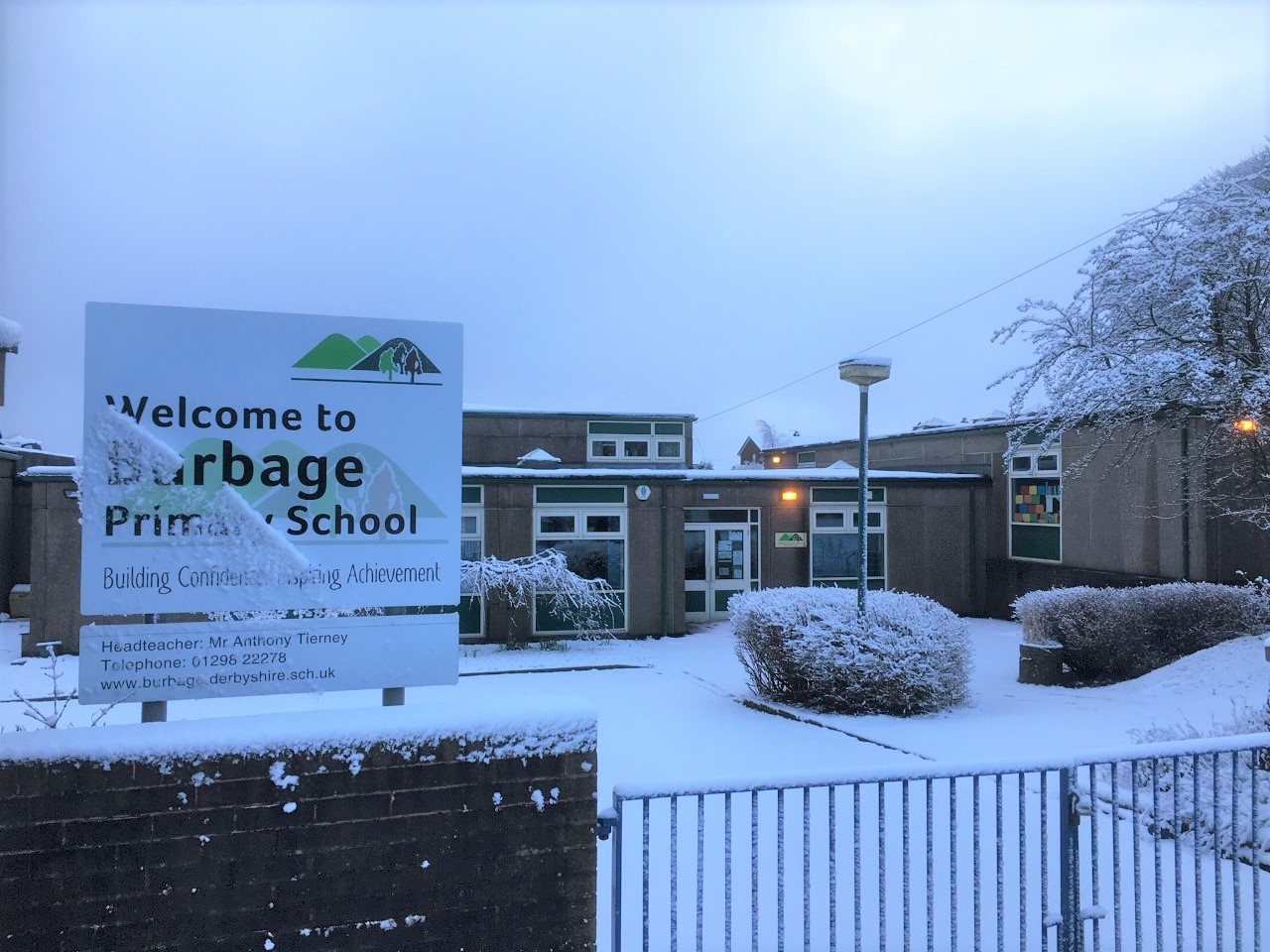 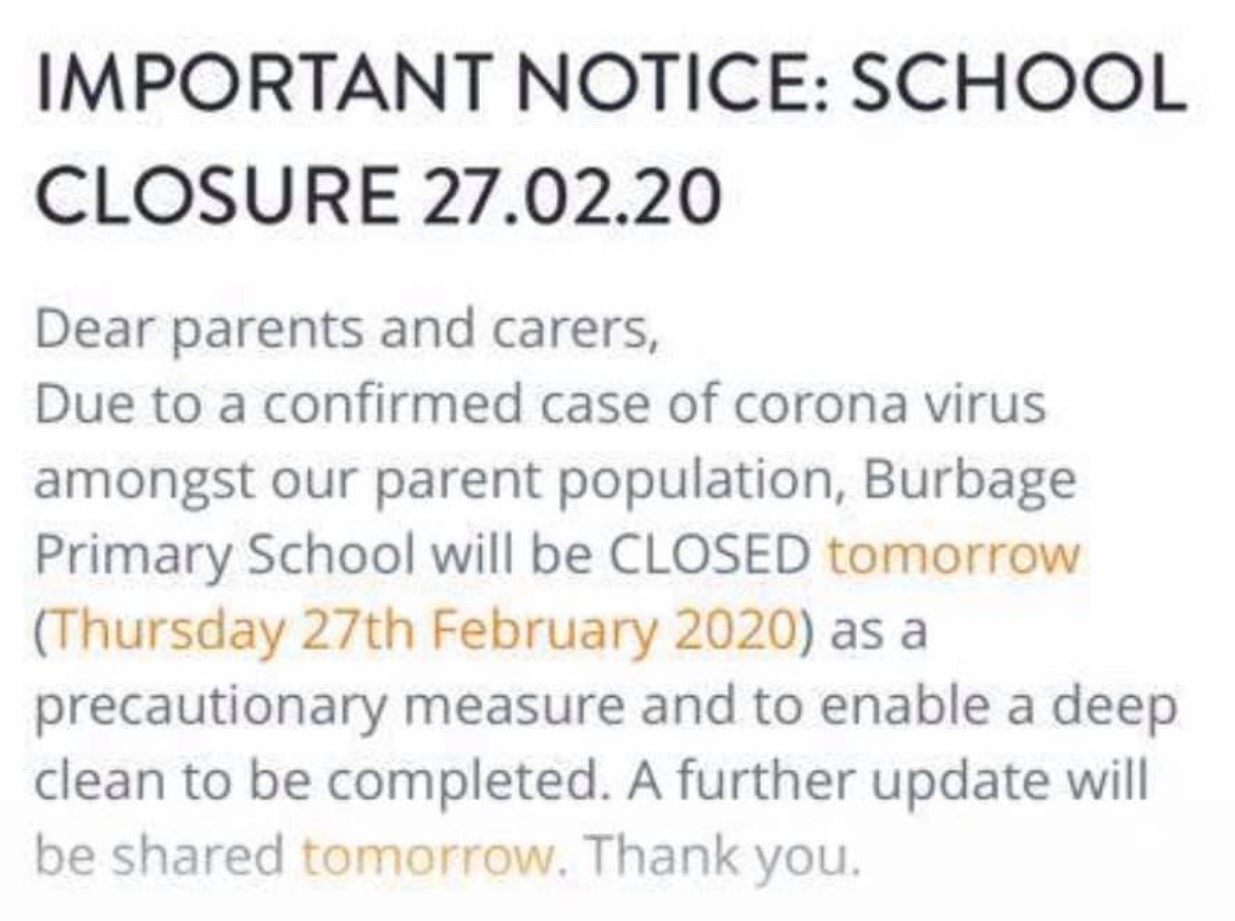 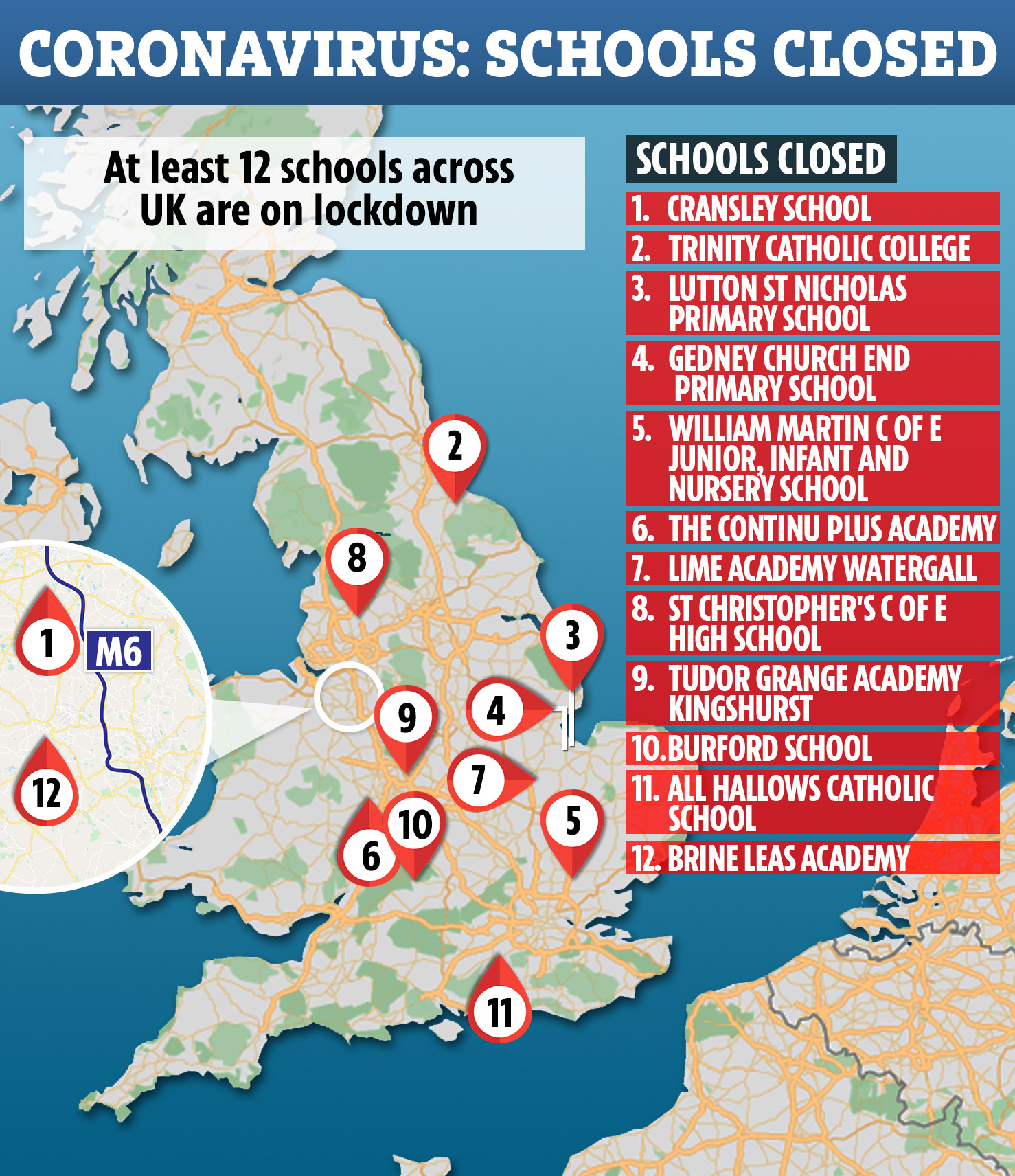 School bosses emphasised that the decision had been taken for the safety and protection of children and teachers so that the school can be cleaned.

While several other schools around the UK have closed because pupils and staff had recently visited areas now in lockdown, the case is believed to be the first to involve a closure linked to a confirmed case of the Covid-19 virus.

But an appeal by the school for people not to share the information was met with some anger and dismay.

The school’s head Anthony Tierney was on site early this morning to deal with concerned parents. He confirmed that the gates would remain closed for the day

“We are shut, it is just a precaution,” he said. “I can’t say anything more at the moment.”

Panicked parents took to social media after receiving the bombshell message which was sent out just before 11pm last night.

Many complained about the lack of a full explanation as to whether the infected parent has actually been on the school premises.

The school, which has 347 pupils and 49 members of staff, gave no further details about the coronavirus victim.

In a WhatsApp message sent to parents the headteacher said the decision had been taken as a “precautionary measure”.

The message read: “Dear parents and carers, due to a confirmed case of coronavirus amongst our parent population, Burbage Primary School will be CLOSED tomorrow (Thursday 27 February 2020) as a precautionary measure and to enable a deep clean to be completed.

“A further update will be shared tomorrow. Thank you."

At first some parents thought the message was a hoax, which lead to hundreds of messages on Facebook and Twitter.

But Tim Stubbs posted: “My daughter goes to the school. I can confirm that the school have put out the message to parents. They have also asked people not to post hysterical messages on social media.”

On Facebook Brendan McGrath criticised the online speculation: “It may be precautionary and the parent may not have been on the premises but has a child at the school who has been exposed to the virus.

“The virus is transmittable before any symptoms are shown so to give no context or further explanation is irresponsible!!"

But Sarah Cartwright replied: “What context is missing? Parent infected, their kids at the school. Virus can infect without symptoms early on. School closes to get cleaned. What's missing?”

Lisa Saffy Ward criticised the speculation about the seriousness of the situation before any further details were released.

“I feel for the staff and headmaster who will have to deal with the members of the public who are now worrying over precautionary measures,” she wrote.

But Connor Burden replied: “Why shouldn't they worry? It's contagious before symptoms show. If the parent has it then likely the child/children do also.”

Members of Derbyshire County Council’s emergency planning team were called into the authority’s headquarters in Matlock early to deal with the issue.

Several schools around the UK have closed over fears pupils and staff members may have been exposed to coronavirus after travelling abroad during the half-term break.

Others have sent pupils and staff home, as the illness continues to spread across Europe.

But Public Health England (PHE) says it is not advising schools to shut to stem the spread of the virus.

PHE's medical director Prof Paul Cosford acknowledged schools had to take "difficult decisions given the complexity of the issues that they're facing".

"Of course, schools have difficult decisions to take – a whole range of issues to take into account and we are able to talk to them about their specific circumstances and help them make the right decisions for them," he said.

"But what I would say is that our general advice is not to close schools."