The bodies of eight people, including two women, who had been tortured before being executed were found dumped on a northern Mexico street.

Shocked residents in the Valles de Chihuahua neighborhood contacted police after making the discovery on Wednesday about 7.15am.

Two of the victims were identified as Andrés Guadalupe G. P. and Jesús Alejandro F.C., both age 21. Officials identified a third man by his nickname, ‘El Guero’. 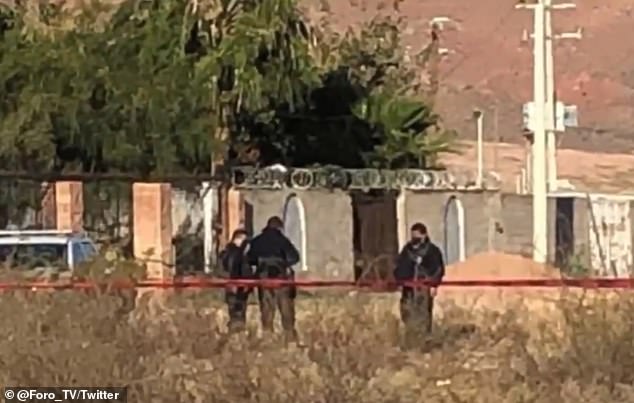 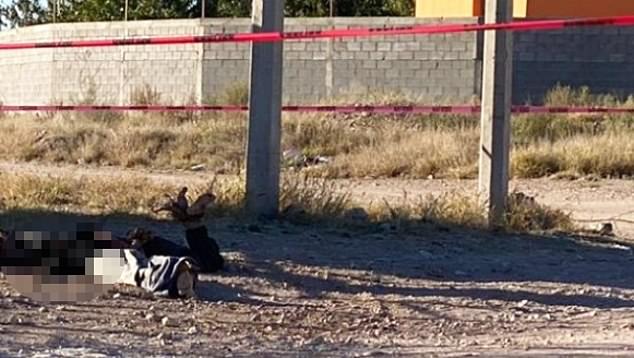 Pictured above are two of the bodies authorities in Chihuahua, Mexico, discovered after responding to several 911 calls from residents in the Villas de Chihuahua neighborhood

According to Mexican news outlet El Puntero, at least three of the victims were kidnapped Monday in Los Alomos, a neighborhood in the municipality of Aldama, located 30 minutes north. 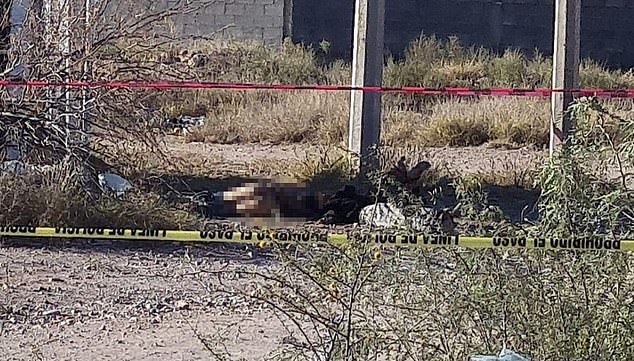 Pictured is one of the eight victims, that according to authorities in Chihuahua, Mexico, were tortured and were shot dead before their bodies were found Wednesday morning 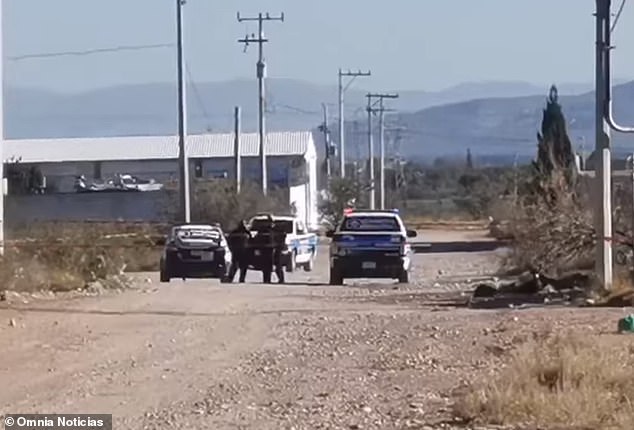 Each of the victims were shot in the head and had their feet and hands tied up, and there was evidence they had been tortured.

An image filtered on social media showed one of the victim’s hands and feet restrained with duct tape.

Authorities at the scene discovered only one bullet fired from a 9mm gun, raising the suspicion that victims were killed elsewhere before the assailants dumped their bodies.

No arrests had been reported as of Thursday.