PARIS (Reuters) – Asia Bibi, a Christian woman sentenced to death for blasphemy in Pakistan, said on Friday after meeting President Emmanuel Macron that she had been invited her to live in France. 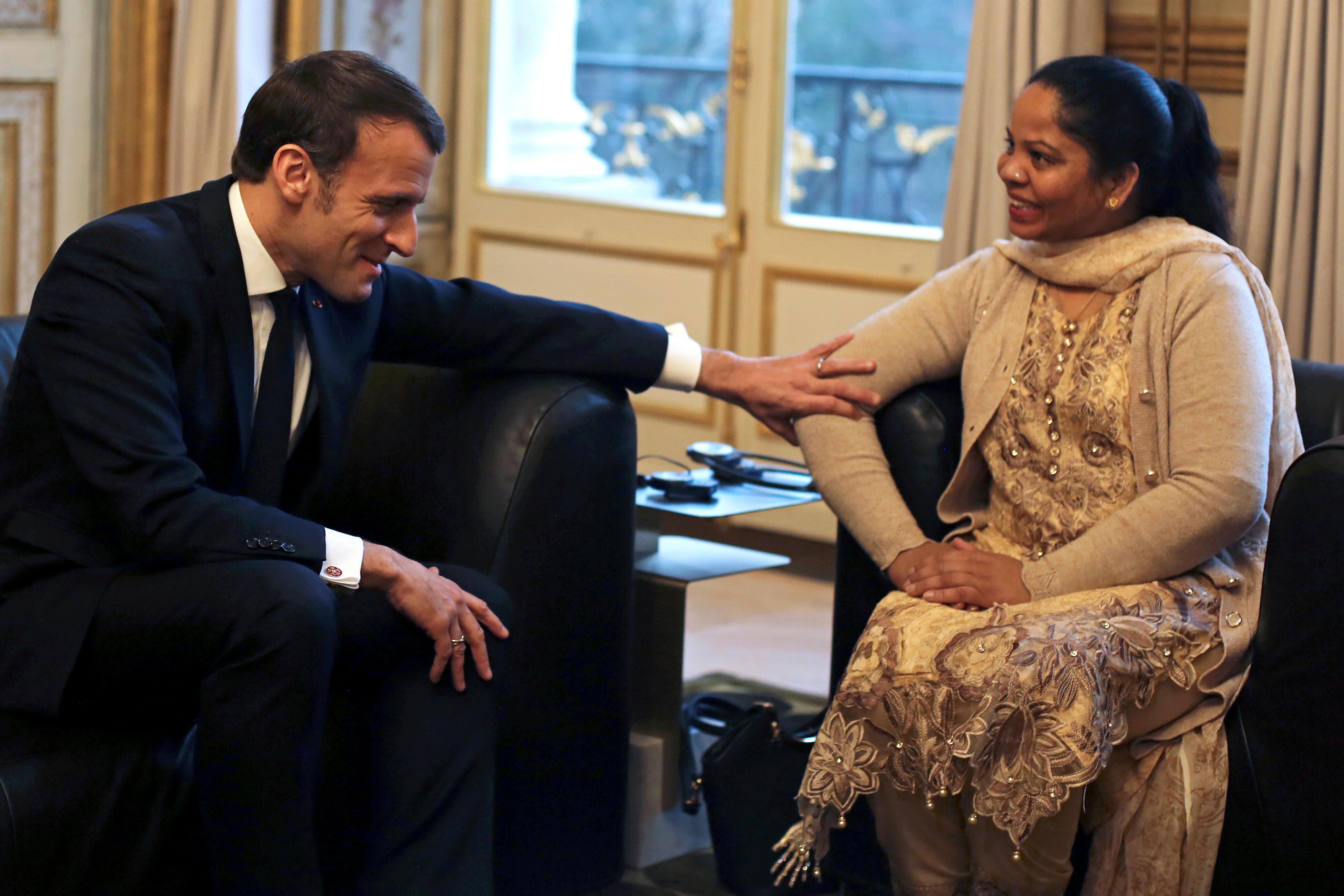 Bibi was acquitted of the blasphemy conviction last year and has since been living with her family in Canada. Her case outraged Christians worldwide and fanned divisions inside mainly Muslim Pakistan.

Asked by reporters after her audience with Macron if there had been a French offer of asylum, Bibi said: “I have received the invitation from the president and the French Republic, and I’m honored.”

Speaking outside Macron’s Elysee Palace headquarters, she said, though, that she needed time to make a decision about whether to move to France, saying she wanted to focus for now on her health and her family.

An Elysee official said: “France is ready to welcome her if that is her wish, in accordance with the procedures for a request for asylum.”

Under French rules, someone seeking asylum has to submit a request to an independent state agency, which decides whether to grant it. It was not clear if Bibi had submitted a request.

Bibi, a farm worker and a mother of four, was convicted in 2010 of making derogatory remarks about Islam after neighbors working in the fields with her objected to her drinking water from their glass because she was not Muslim.

She was released in October 2018 after Pakistan’s Supreme Court overturned her conviction. That decision prompted protests from religious hardliners calling for her death and demanding that the government prevent her from leaving Pakistan.

Two politicians in Pakistan who sought to help her were assassinated, including Punjab province governor Salman Taseer, shot by his own bodyguard. She left Pakistan for Canada in May 2019.