A lawyer for the late Carhartt clothing company heiress has appeared in court in Detroit accused of defrauding the much-loved philanthropist and jazz aficionado of at least $21 million.

Sutherland from 2017 until her death was ‘using the resources of his law practice, exploited his position of authority to embezzle from a client’s irrevocable trust, serving simultaneously as lender, borrower, attorney and trustee over the money he took from his client’s account,’ according to court documents. 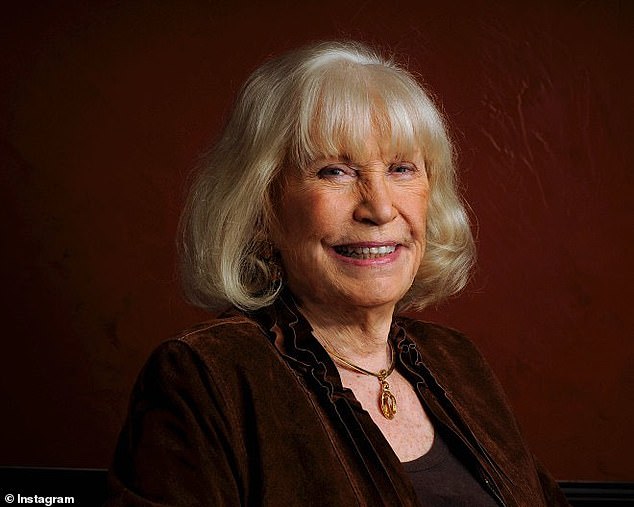 Gretchen Carhartt Valade died at the age of 97 on December 30. Her attorney has now been charged with embezzlement 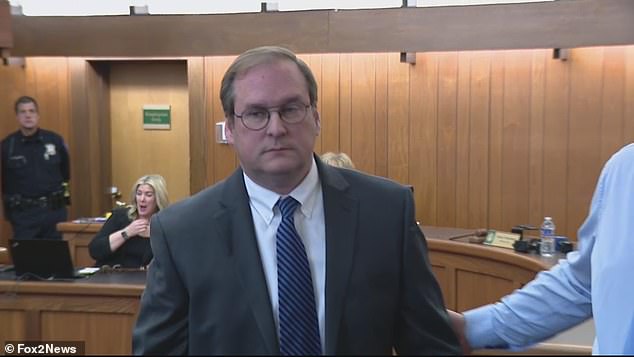 David Sutherland, Valade’s attorney, was charged on January 4 with fraud and is pictured during a January 11 arraignment, attended by Valade’s son, Carhartt CEO Mark Valade

Sutherland was removed as a trustee of Valade’s trust in 2020.

A year later, he was charged with having lent himself more than $7.7 million from the trust, and lending a business in which he was the majority owner an additional $7.6 million.

The charges are believed to be connected to a $5 million ‘loan’ which prosecutors claim Sutherland pressured Valade into approving, and an additional $2.7 million, with those sums totaling $21m.

Judge Charles Berschback, who presided over a January 11 hearing in which Sutherland was freed on a $250,000 cash or surety bond, told him ‘the amount that is being alleged is staggering.’

Dana Nessel, Michigan’s attorney general, said the case was a reflection of how many elderly people are taken advantage of.

‘Mr Sutherland abused his authority as an attorney and trusted advisor to steal millions from a long-time client and must be held accountable,’ she said.

‘Our elderly populations are particularly susceptible to financial exploitations, and my Financial Crimes Division is prepared to hold these bad actors accountable for such egregious and illegal violations of their client’s trust.’ 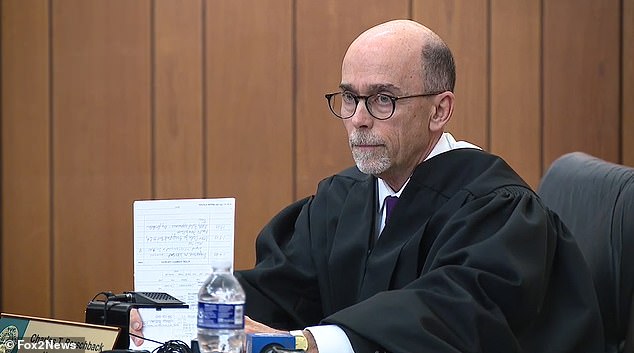 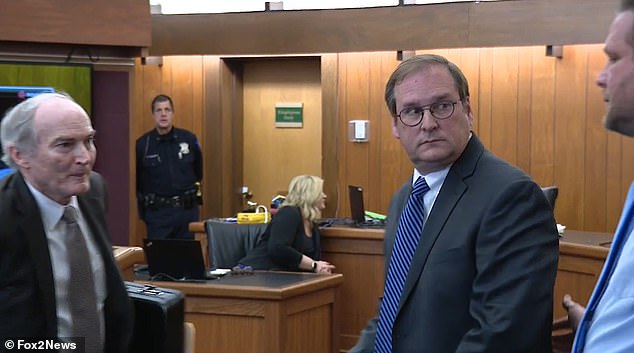 Sutherland is seen in court on January 11. Another hearing will be held on January 25, and his lawyer says he expects his client to be cleared

Special Agent Doug Sharp, an investigator within Nessel’s office, told the court that maintenance workers at Valade’s home and her healthcare assistants saw Sutherland pressuring her to sign documents. 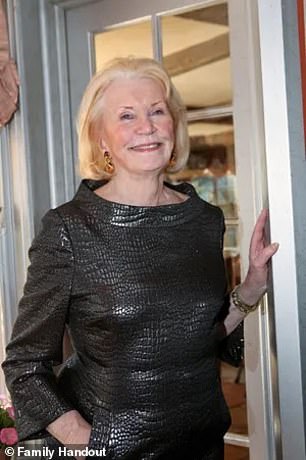 Valade was known as the ‘Angel of Jazz’ for her philanthropy in the arts, and her musical businesses

Valade’s son Mark, the CEO of the family firm, was in court to see Sutherland arraigned.

‘They are confident in the legal process and optimistic that justice will prevail and that no other members of our community will become victims of Mr. Sutherland,’ he said.

Sutherland’s attorney James Sullivan said that Nessel’s office is yet to ascertain the full facts, and he believes his client will be exonerated, The Detroit Free Press reported.

Sullivan said the court documents showed ‘a small fraction of the whole story.’

He added: ‘I think once the whole story is told, when people hear it, it’s going to be a much different climate and attitude toward this, and for him, my client, than there is right now.’ 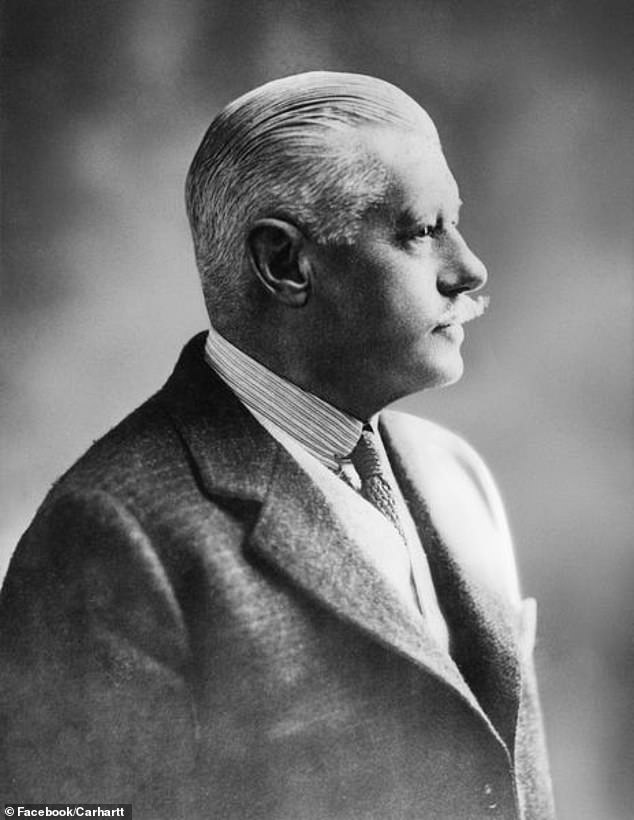 Hamilton Carhartt founded the workwear company in Dearborn, Michigan in 1899. It remains headquartered in Detroit, still family owned and run, and employs some 5,500 people 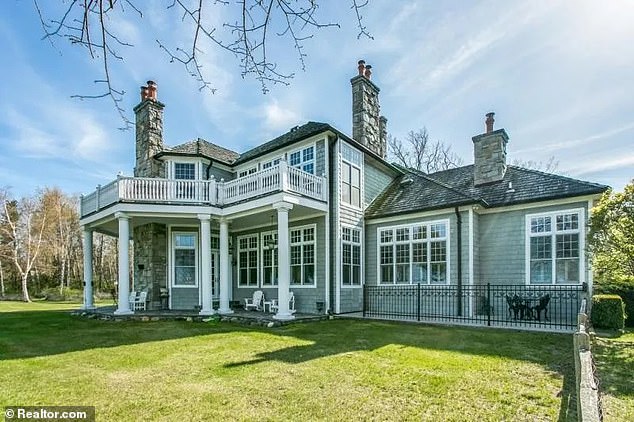 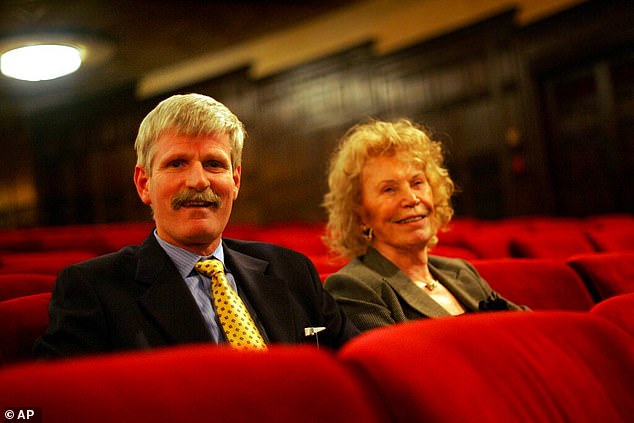 Valade is seen in March 2005 at the Music Hall Center for the Performing Arts in Detroit, with the president of her record label Mack Avenue Records, Tom Robinson. The photoshoot was to announce Valade’s label sponsoring the Detroit Jazz Festival

Today the family is estimated by Forbes to be worth $1.2 billion.

Valade served on the Carhartt board from 1958, and was named chairman of the board in 1998 after her husband, company president Robert Valade, died.

Two years later she built a stunning stone and cedar mansion set in 17 acres on the shores of Lake Huron, in Deckerville, 100 miles north of her main home in Grosse Pointe Farms.

Grosse Pointe Farms is known for its elegant mansions, and for being home to the Ford and Dodge heirs.

Valade sold the lakeside mansion in around 2010, and died at her suburban home.

Valade was known as the ‘Angel of Jazz,’ thanks to her passion for music and her generous philanthropy.

She established a foundation that has enabled the Detroit Jazz Festival to become the largest free jazz festival in the world, and made gifts to jazz studies and performance at Wayne State University totaling $9.5 million. 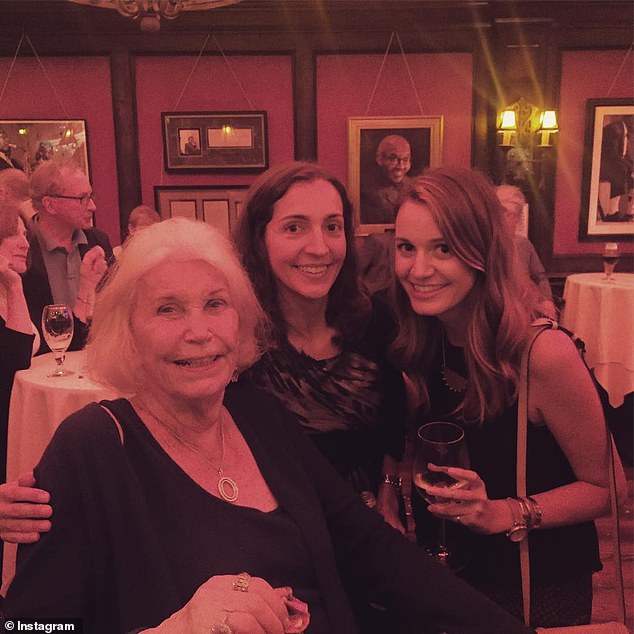 Valade is pictured at the Dirty Dog Jazz Cafe with her granddaughter (far right), who is named after her

She also funded the refurbishment of the university’s performance space, which now bears her name.

At the age of 74, she founded the Mack Avenue Records jazz label, which subsequently earned 11 Grammy Awards and more than 50 nominations.

And at 82, she opened the Dirty Dog Jazz Cafe, an award-winning jazz and dinner club in Grosse Pointe Farms.

She also owned another café, a coffee shop and a women’s shoe and clothing store.

‘I prefer not to be bored,’ she once explained.

‘I wanted to occupy my time surrounded by things important to me, my family, my passions, my joys, and my community.

‘And for me, being busy is a big part of a long life.’