Clean getaway! Car thief sneaks inside woman’s BMW while she is vacuuming at a car wash and drives it away

This is the moment a sneaky car thief jumps into a woman’s BMW while she is busy using a vacuum in the adjacent car and drives off in it.

The incident was filmed in the city of Creve Coeur in Missouri at around 5pm on Sunday.

In the footage, the woman is seen using a vacuum in a silver car next to her dark blue BMW 335xi.

According to Lieutenant Jeffrey Hartman of Creve Coeur Police Department, the woman had left the car unlocked with the engine running while she was cleaning a neighbouring vehicle. 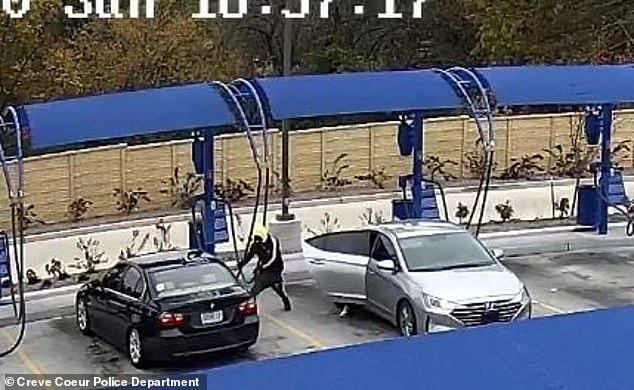 The thief pictured, got out of the silver Hyundai Elantra, right, before sneaking into the Black BMW 335xi, left 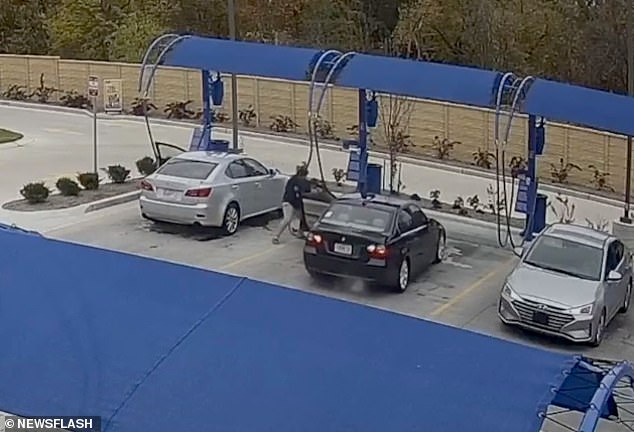 The woman, pictured, left can be seen struggling with the driver’s door of her car as it reverses 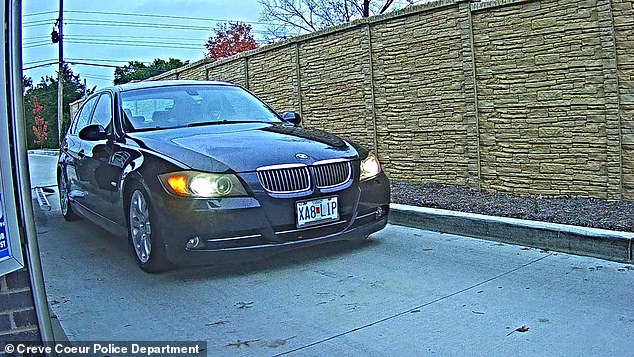 The suspect, who was wearing a mask, was able to escape in the high-powered BMW 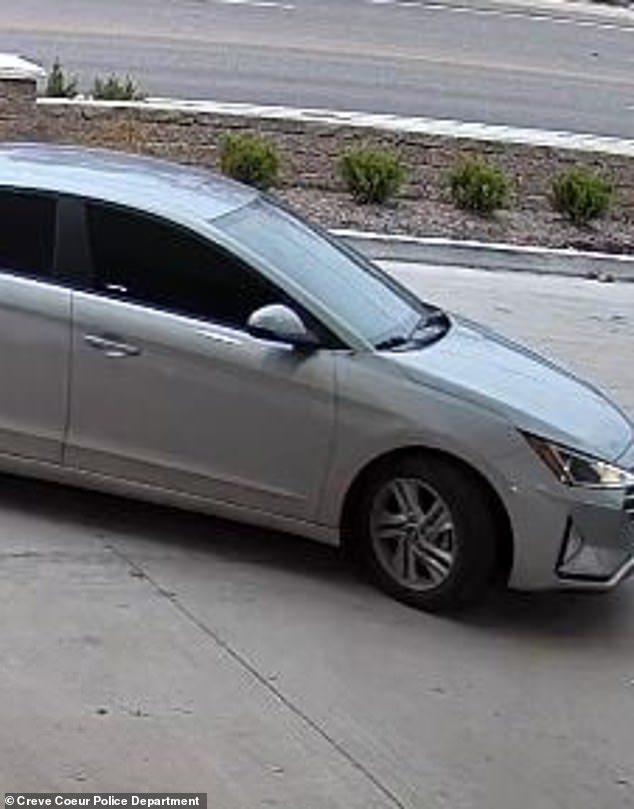 While she is distracted in the car wash, a man is seen sneaking into her vehicle though the passenger door, before hopping the centre console and starting the engine.

The woman notices and tries to open the car door, but the thief holds her off and manages to reverse away just as a man runs to help her.

The unnamed woman reportedly suffered minor injuries in the car theft and was taken to hospital.

The suspect arrived with an accomplice in a second car described as a silver Hyundai Elantra with the license number NCX6885, according to the police.

‘The suspect is further described as wearing a maroon jacket, with a bright coloured hooded sweatshirt underneath. He is also wearing black track pants with white trim.’

The police are calling on the public to come forwards with information as the investigation continues.