Want climate news in your inbox? Sign up here for Climate Fwd:, our email newsletter.

WASHINGTON — Canada has signaled a willingness to buck one of President Trump’s most significant environmental rollbacks — a major weakening of auto pollution standards — by signing a clean-car deal with California, the state leading the fight against the rollback.

Wednesday’s agreement, which pledges to advance the use of clean and electric cars, lacks binding specifics. Nevertheless, Canada’s decision to publicly align itself with California and its climate-change policies inserts the government of Prime Minister Justin Trudeau into a high-profile battle being waged over Mr. Trump’s weakening of rules designed to combat climate change.

“Working with California is a way to move forward and share best practices and align our standards,” said Catherine McKenna, the Canadian environment minister, on a telephone call with reporters. “California has been an inspiration when it comes to clean fuel standards. That is where the world is going.”

Traditionally, Canada has aligned its auto emissions standards with federal rules in the United States. However, several analysts said they saw Wednesday’s announcement as a clear step toward a more concrete shift in which Canada could potentially switch to the environmentally stricter standards of California and other states.

Such a move could undercut Mr. Trump’s efforts to weaken environmental policy by creating a much larger market for cleaner cars, thereby making it more economically viable for auto manufacturers to build cars to the higher standards.

The Canadian auto market, with annual sales of about 2 million cars and light trucks, is about the same size as California’s, which is the largest in the United States. Thirteen other states, representing more than a third of the total market in the United States, have pledged to join California and enforce stricter pollution laws if the rollback takes effect this year, as widely expected.

“If Canada upholds the California standards, it could really shift the market away from what Trump is trying to do — it could make it so that auto companies don’t want to play with Trump on this anymore,” said Christopher Sands, the director of Canadian Studies at Johns Hopkins University.

He noted that the announcement came at a moment when previously high tensions over trade issues between Mr. Trump and Mr. Trudeau have simmered down, but that Mr. Trudeau, who is facing re-election, may see a political benefit from demonstrating that he is not making concessions to the American president. “He doesn’t want to appear to be Trump’s poodle,” he said.

A spokesman for the Environmental Protection Agency, John Konkus, did not respond to an email requesting comment.

Canada currently follows the ambitious emissions rules set by the Environmental Protection Agency under the Obama administration, which requires automakers to produce cars with an average mileage of 54.5 miles per gallon by 2025. That rule, which was projected to significantly cut the United States’ fossil fuel pollution, was one of President Barack Obama’s signature moves to combat global warming.

However, under Mr. Trump, the E.P.A. is preparing a plan, expected to be put in place this summer, that lowers those standards to about 37 miles per gallon, allowing for a major increase in the planet-warming greenhouse gas pollution that causes climate change. The administration’s plan is also expected to revoke the right of California and other states to set their own higher fuel economy standards. 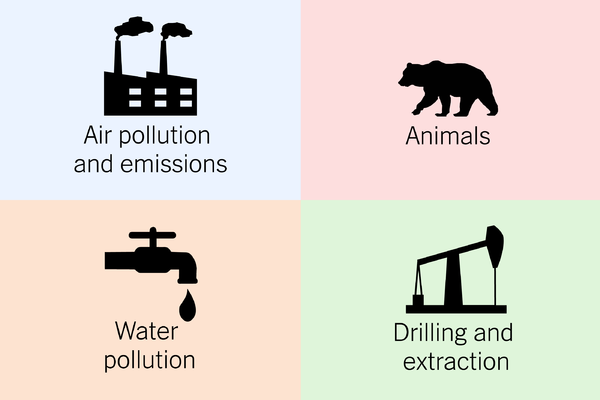 83 Environmental Rules Being Rolled Back Under Trump

A comprehensive list of environmental policies the Trump administration has targeted, often in an effort to ease burdens on the fossil fuel industry and other big businesses.

Top officials in California have said repeatedly that they intend to uphold their state standard and sue the Trump administration over the rules.

Until that legal battle is resolved, the split between one federal standard and another set of state standards could divide the nation’s auto market in two, an outcome automakers have said that they dread because they could be forced to sell entirely different types of cars in different states.

Ms. McKenna suggested Wednesday that if Canada were to join with California and other states, it could force automakers to build more clean cars. “I believe that by working with California we can leverage our market share,” she said.

Ms. McKenna said Wednesday that Canada did not intend to take action until after the Trump administration issued its new plan.

Coral Davenport covers energy and environmental policy, with a focus on climate change, from the Washington bureau. She joined The Times in 2013 and previously worked at Congressional Quarterly, Politico and National Journal. @CoralMDavenport • Facebook