OTTAWA (Reuters) – Canadian Prime Minister Justin Trudeau on Monday shuffled his cabinet after a senior member quit and quickly had to deny he had demoted his long-serving justice minister, who seemed less than happy with her new job. 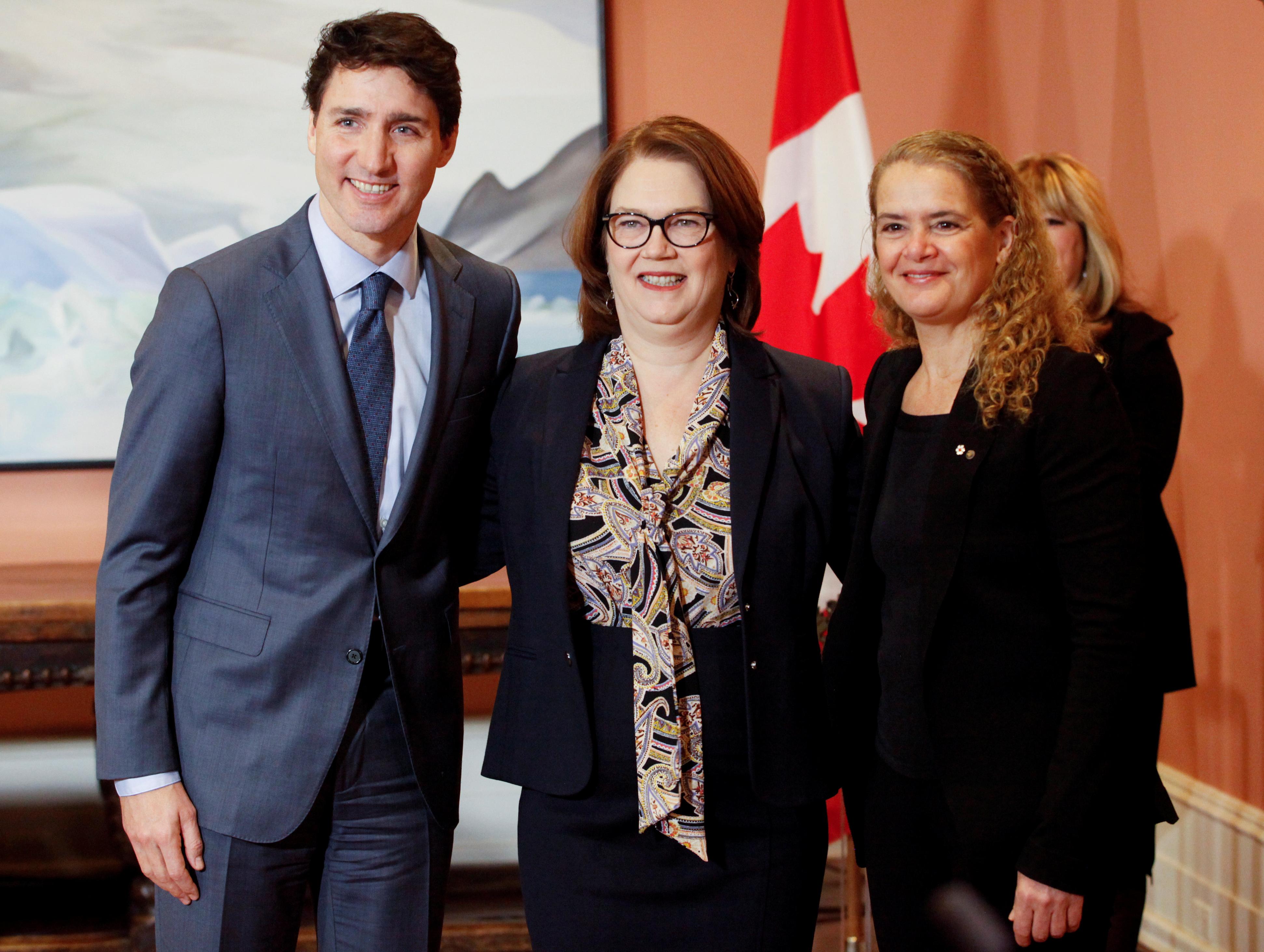 Trudeau made five changes after Scott Brison announced last week he was quitting as president of the Treasury Board, which has overall control of public spending.

The departure of Brison, who said he wanted to spend more time with his family after 22 years in politics, deprives the ruling Liberals of a veteran figure ahead of an October election that could see the party lose its majority in Parliament.

As part of the shuffle Jody Wilson-Raybould moved from the prestigious justice portfolio, where she had been since November 2015 when the Liberals took power, to veterans affairs, traditionally a more junior post.

Wilson-Raybould looked grim during the swearing-in ceremony and later – in a very unusual move – released a statement saying she could not comment about “the many questions and inquiries” as to “why I am no longer the Minister of Justice.”

Trudeau, asked about the apparent demotion, told reporters that her work as justice minister had been exceptional “and now we need someone very strong to deliver for our veterans”.

Wilson-Raybould will replace Seamus O’Regan, who has come in for some criticism for mishandling the sensitive veterans’ file. He goes to the indigenous services portfolio, replacing Jane Philpott, who is the new head of the Treasury Board.

David Lametti will take on the justice portfolio.

Wilson-Raybould represents a constituency in the Pacific province of British Columbia, where the Liberals need to do well in the October election.

Polls suggest that the Liberals – under pressure over their handling of the economy and stalled energy projects – could struggle to maintain their majority. That would leave them in a weaker position, relying on support of other parties to advance their agenda and survive confidence votes.