The roof and an upstairs window of the two-bedroom are completely destroyed, dramatic images show.

The blaze broke out at around 3.50am and one man and a woman were declared dead at the scene in Kirby Muxloe.

Emergency crews battled the flames for seven hours and continue to investigate the cause. 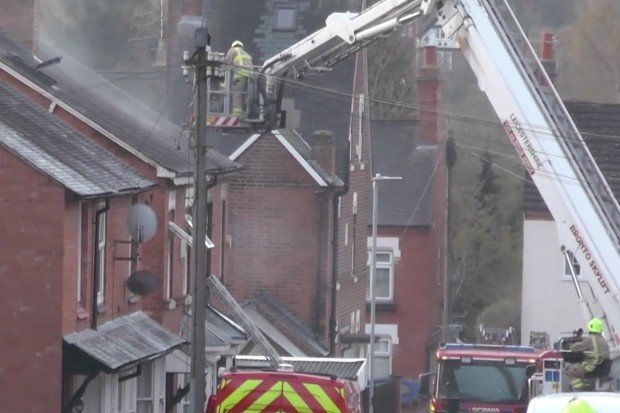 Shocked neighbours also said they hearing an explosion after the fire broke erupted.

One told Leicestershire Live: “My brother got up about 4am and heard an explosion.

“My mum woke up at just after 4am and saw the house going up in flames.”

Another added: “I spoke to a neighbour outside and there was an incredible amount of smoke coming from the house on fire.” 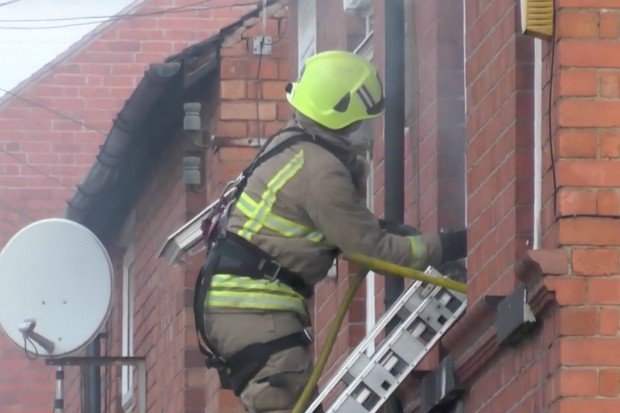 In a statement, Leicestershire Police said: “We are assisting the fire service at a fire in Church Road, Kirby Muxloe.

“Church Road remains closed to allow emergency services to deal with the incident.”