The protesters, a man and a woman, said they were staging a “peaceful protest”, and were planning to glue themselves to the train.

They were stood holding a banner with “climate emergency” written on it – while another man in a hi-vis jacket glued himself to the side.

Wi-Fi at Tube stations has been disabled in a bid to stop campaigners intent on disrupting services co-ordinating their protest.

The move comes amid reports that activists from Extinction Rebellion (XR) would glue themselves to Underground trains to bring travel to a standstill.

But on Wednesday morning the group said it would disrupt one London overground line at 11am in a move it called “the Pause”.

Sefan White, 24, who works for a company that produces bar snacks in sustainable packaging, was stopped getting to work by the protesters.

He said: “I work for company that makes a bar snacks in 100% recycled packaging – the first in the UK.

“I’m devastated. I’m trying to get to a job now. We’ve got to go round Camden on a 30-pub journey and we’re going to be late now.

“They’ve had their picture, fair enough, that’s all you need now. Why is he spending 15 minutes on top of the tube? Explain that.” 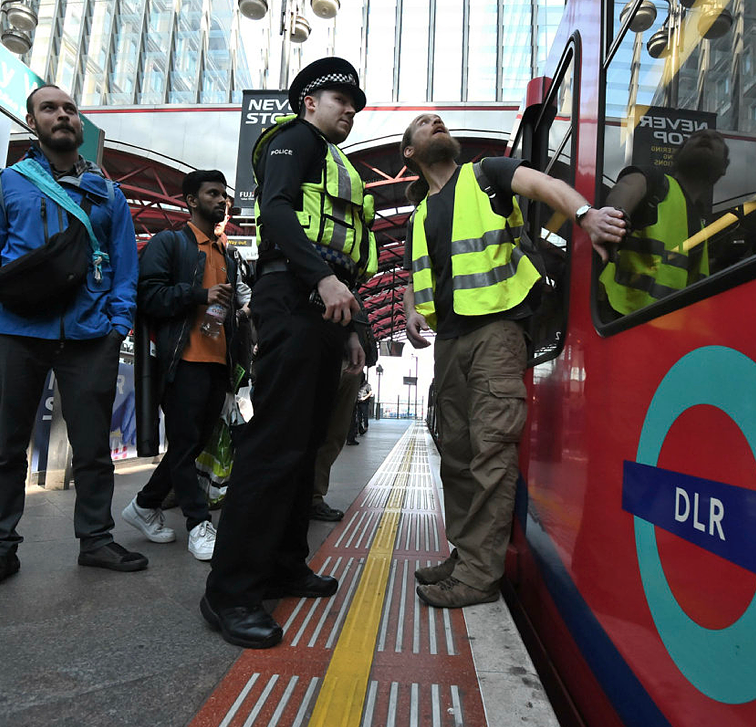 “Our aim is to create moments in time when humanity stops”

An XR statement said: “Our aim is to create moments in time when humanity stops and fully considers the extent of the harm we have done and are doing to life on earth.

“It is vitally important at this time. It is a matter of life and death – whether you live in Tower Hamlets or Taipei, Melbourne or Mumbai.”

The stunt comes on the third day of a series of climate change protests which have led to nearly 300 people being arrested in the capital.

The protests have led to road closures, traffic gridlock and serious disruption to public transport and local businesses, with 55 bus routes closed and 500,000 people affected. 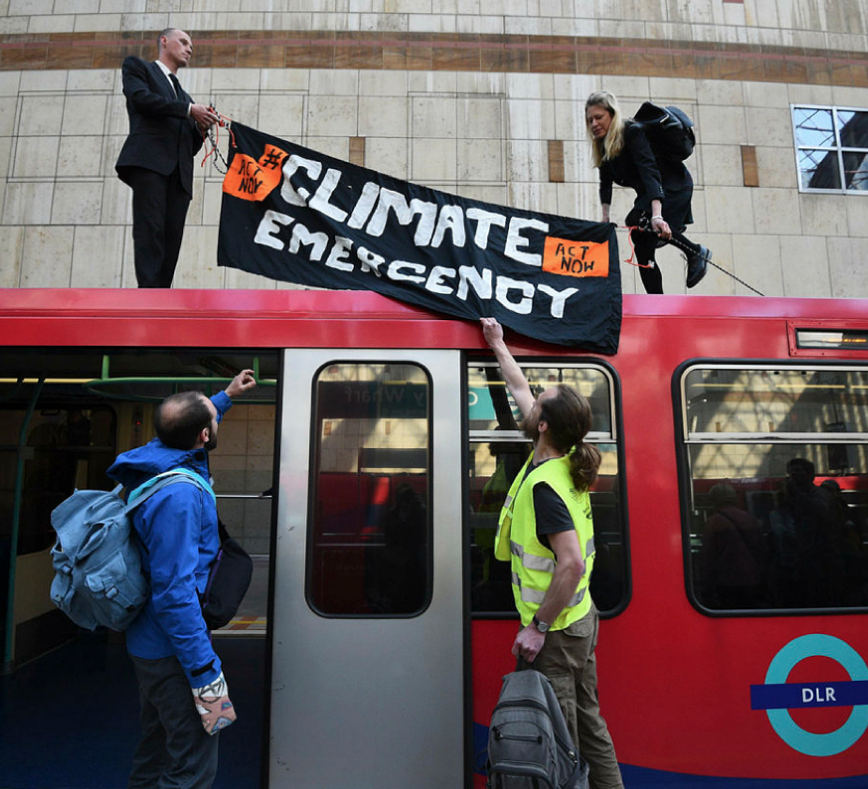 A British Transport Police (BTP) spokeswoman said: “In the interests of safety and to prevent and deter serious disruption to the London Underground network, BTP has taken the decision to restrict passenger Wi-Fi connectivity at Tube stations.

“We apologise for any inconvenience this may cause and we would like to assure passengers that this decision is not taken lightly and will be reviewed throughout the day.”

Transport for London (TfL) said: “We will restore access as soon as we are able to do so.”

The campaign group wants the Government to meet its members. 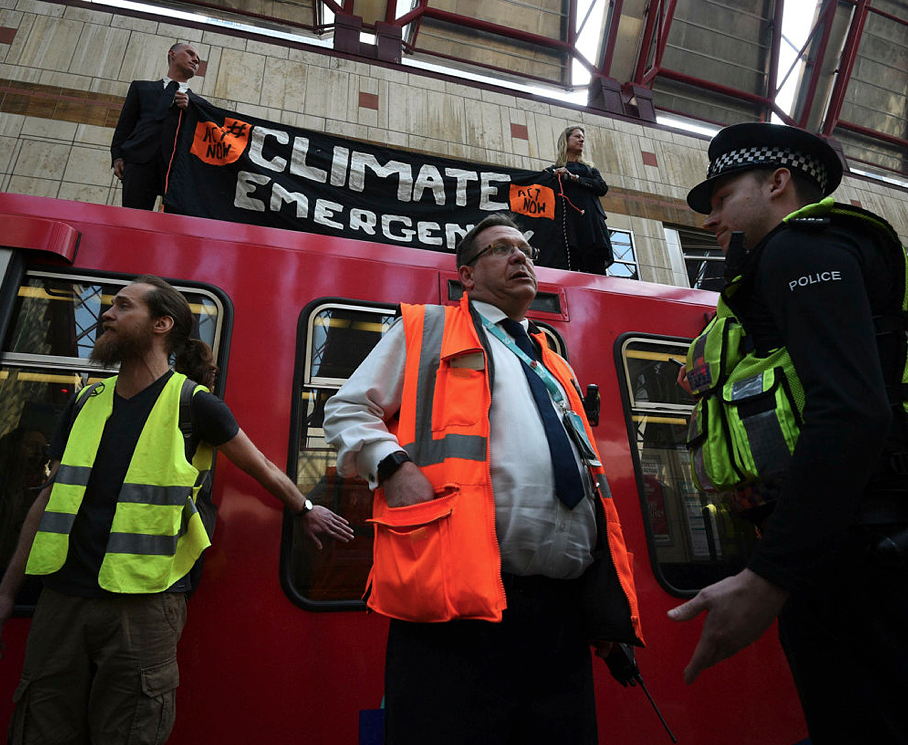 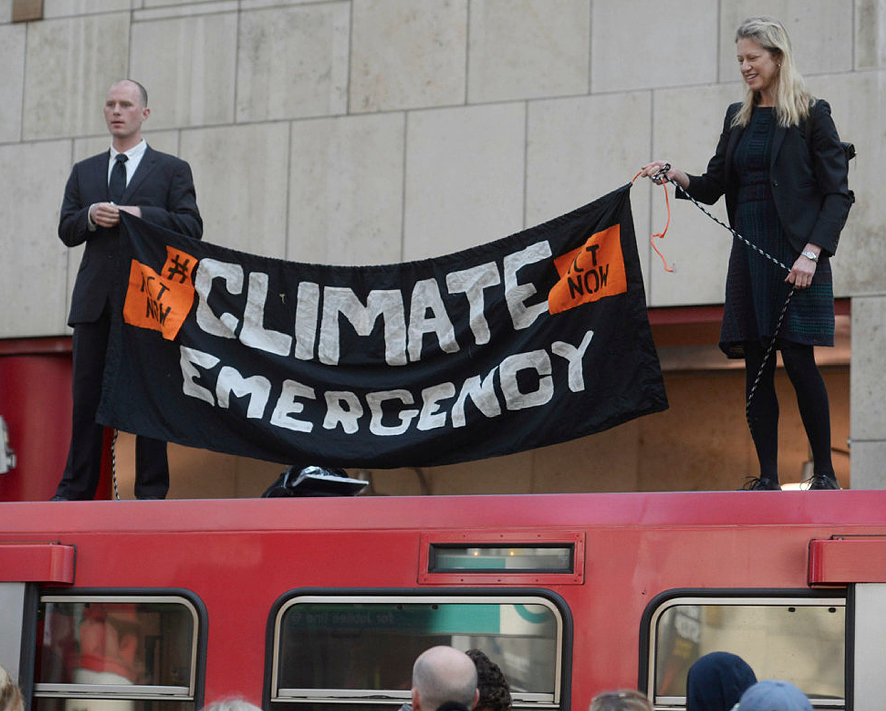 London Mayor Sadiq Khan said that while he shared the passion of the protesters about the urgent need to tackle climate change, he was “extremely concerned” about plans to disrupt the London Underground.

In a statement posted on Twitter he said: “It is absolutely crucial to get more people using public transport, as well as walking and cycling, if we are to tackle this climate emergency – and millions of Londoners depend on the Underground network to get about their daily lives in our city.

“Targeting public transport in this way would only damage the cause of all of us who want to tackle climate change, as well as risking Londoners’ safety and I’d implore anyone considering doing so to think again.”

Groups of protesters remained in place through the night and into Wednesday morning at several locations, blocking the road at Marble Arch and Oxford Circus. 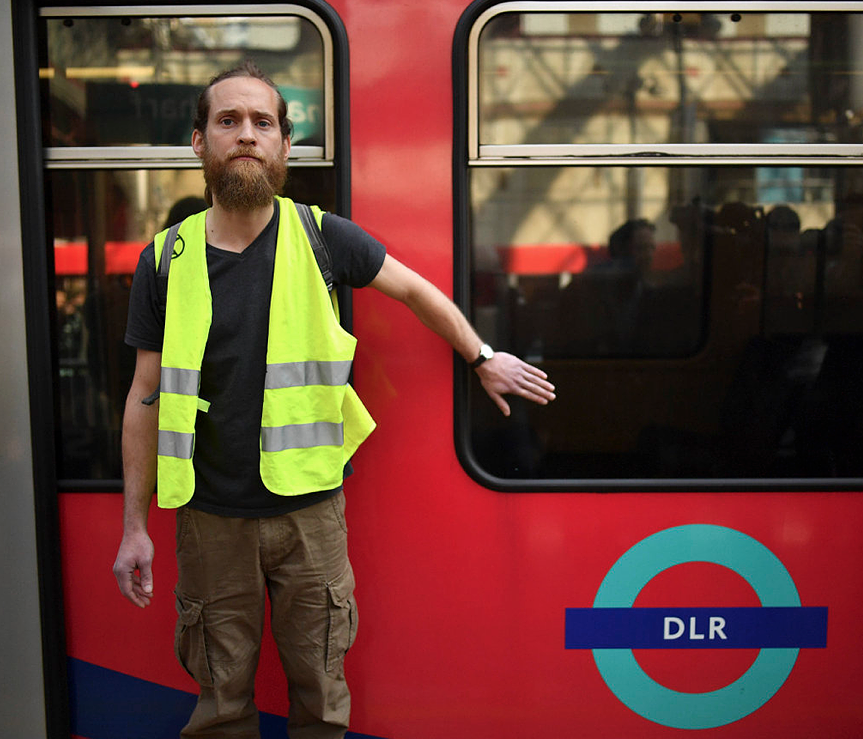 A woman at Marble Arch, who gave her name as Virginia, said she had come from Oxford to join the protest “to keep the planet in good nick for my grandchildren”.

Police have said 290 people had been arrested in connection with the demonstrations, with many of these at Waterloo Bridge.

Five people were arrested on suspicion of criminal damage following disruption outside commercial premises in Lambeth on Monday and have since been released under investigation.

The other 285 people were were arrested on Monday night and throughout Tuesday for Public Order Act offences, obstructing a highway and one for obstructing police as well as two further arrests for criminal damage at a commercial premises on Belvedere Road, Lambeth on Monday. 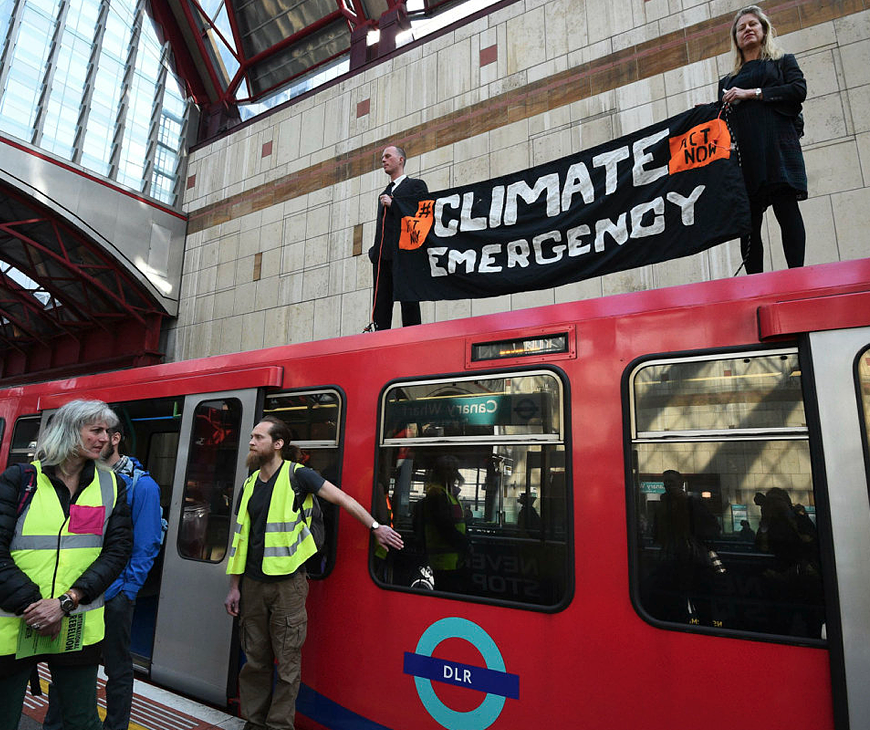 Five people were arrested on suspicion of criminal damage following disruption outside commercial premises in Lambeth on Monday and have since been released under investigation.

The other 285 people were were arrested on Monday night and throughout Tuesday for Public Order Act offences, obstructing a highway and one for obstructing police as well as two further arrests for criminal damage at a commercial premises on Belvedere Road, Lambeth on Monday.

One arrested protester from Oxford called Ben said he was heading straight back to Marble Arch after being released from custody in the early hours of Wednesday morning.

Scotland Yard said on Wednesday that “contingency plans are in place should custody suites become full”. 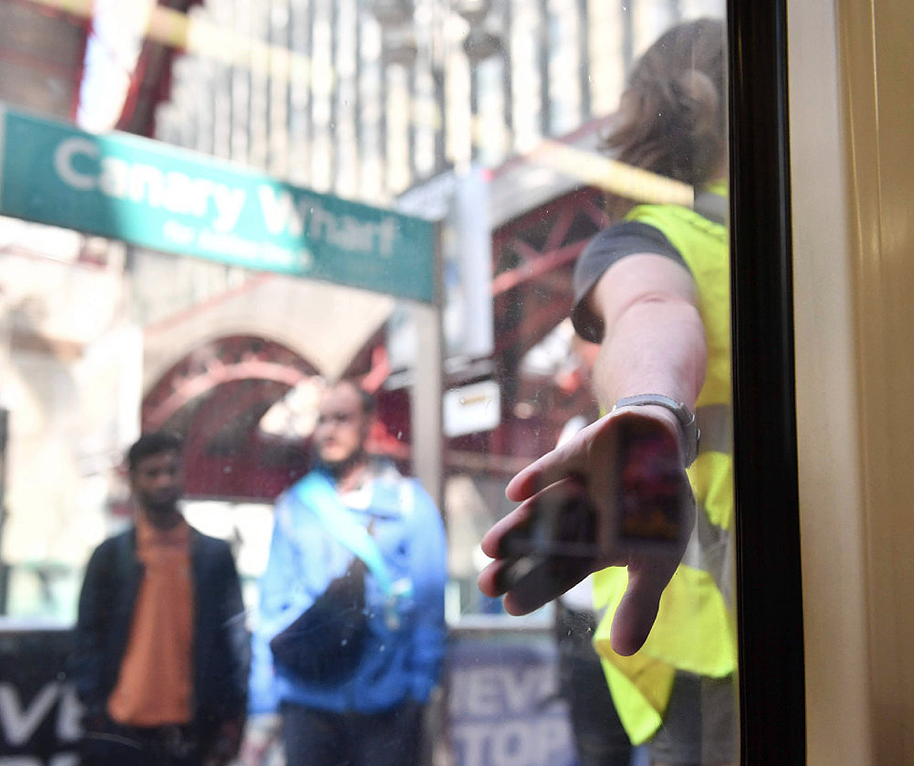 The Met imposed a 24-hour condition on Waterloo Bridge on Monday evening, telling protesters to continue any demonstrations in the Marble Arch area, but on Tuesday said this was extended until Friday.

Another 24-hour condition was imposed in the Oxford Circus area on Tuesday with the force saying a “number of arrests” had been made in the area that evening, but did not give details of how many or on what grounds.

The Met warned that demonstrations are expected to continue “throughout the coming weeks”.

Elsewhere on Tuesday, 29 people were arrested after hundreds of activists from the Extinction Rebellion Scotland group occupied Edinburgh’s North Bridge, bringing traffic to a standstill.

This is a breaking news story and is constantly being updated.

Please refresh the page regularly to get the latest updates.

Reporters working on dailystar.co.uk will be working to source the latest information, reaction, pictures and video related to this story.

You can also follow us on Twitter @Daily_Star to get the latest news updates 24 hours a day.

Or download the Daily Star app for flash alerts on the biggest stories of the day.