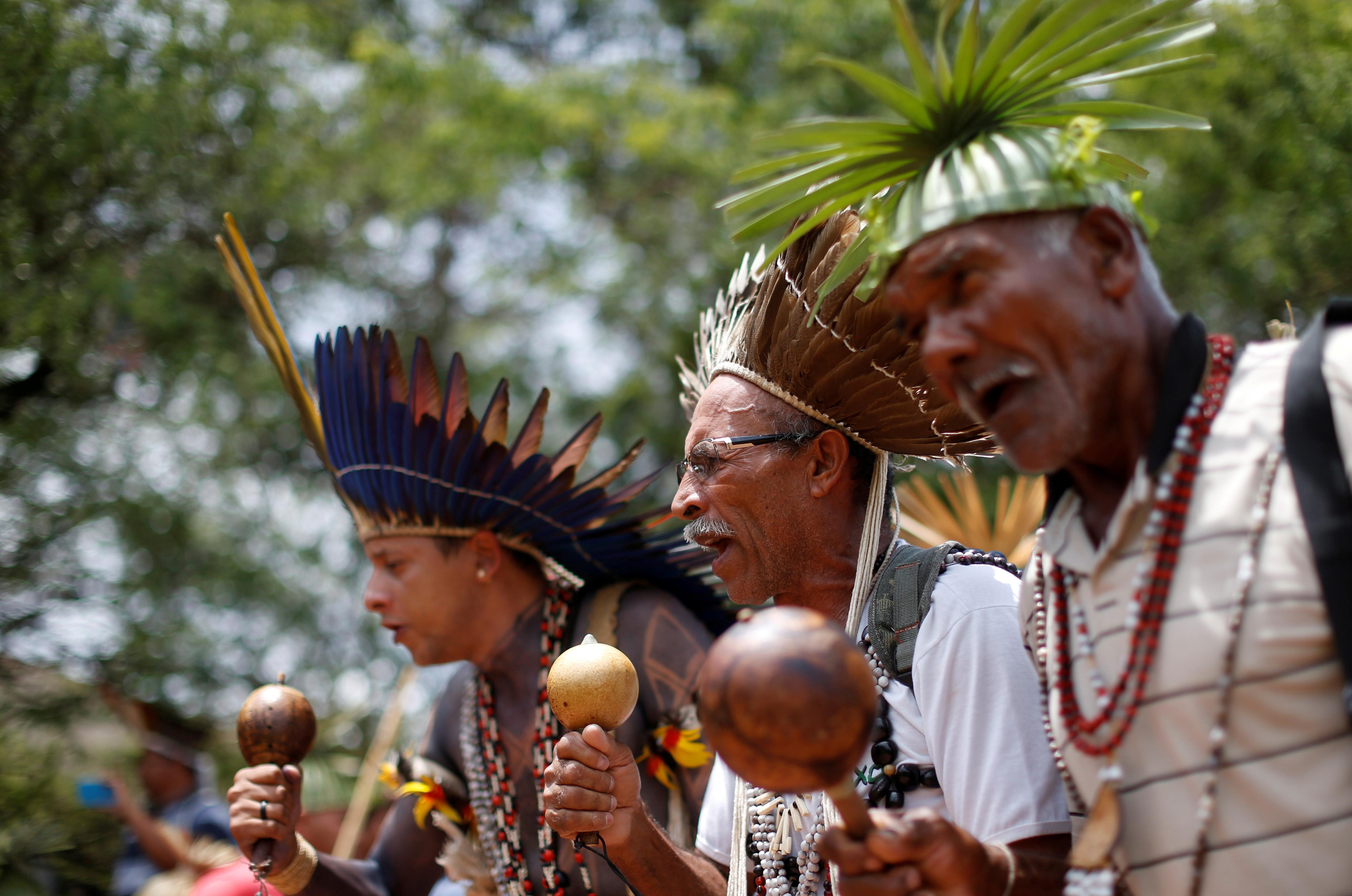 The temporary decree, which will expire unless it is ratified within 120 days by Congress, strips power over land claim decisions from indigenous affairs agency FUNAI.

It says the Agriculture Ministry will now be responsible for “identification, delimitation, demarcation and registration of lands traditionally occupied by indigenous people.”

The move stoked concern among environmentalists and rights groups that the far-right new president, who took office on Tuesday, will open up the vast Amazon rainforest and other ecologically sensitive areas of Brazil to greater commercial exploitation.

The executive order also moves the Brazilian Forestry Service, which promotes the sustainable use of forests and is currently linked to the Environment Ministry, under Agriculture Ministry control.

Additionally, the decree states that the Agriculture Ministry will be in charge of the management of public forests.

Bolsonaro, who enjoys strong support from Brazil’s powerful agribusiness sector, said during his campaign he was considering such a move, arguing that protected lands should be opened to commercial activities.

Brazil’s 900,000 indigenous people make up less than 1 percent of the population, but live on lands that stretch for 106.7 million hectares (264 million acres), or 12.5 pct of the national territory.

“Less than a million people live in these isolated places in Brazil, where they are exploited and manipulated by NGOs,” Bolsonaro tweeted, referring to non-profit groups. “Let us together integrate these citizens and value all Brazilians.”

New Agriculture Minister Tereza Cristina Dias used to be the head of the farm caucus in Brazil’s Congress, which has long pushed for an end to land measures that it argues hold back the agricultural sector.

After she was sworn in on Wednesday, Dias defended the sector from accusations it has grown at the expense of the environment, adding that the strength of Brazil’s farmers had generated “unfounded accusations” from unnamed international groups.

“Brazil is a country with extremely advanced environmental legislation and is more than able to preserve its native forests,” Dias said. “Our country is a model to be followed, never a transgressor to be punished.”

“We support the initiative of transferring to the agriculture ministry the responsibility of demarcating indigenous land,” he said.

“The new rules will be interesting to the farmers and the Indians, some of whom are already producing soybeans. The Indians want to be productive too,” he added.

Environmentalists say the native peoples are the last custodians of the Amazon, which is the world’s largest rainforest and is vital for climate stability.

Three-time presidential candidate and former Environment Minister Marina Silva, who was beaten by Bolsonaro in October’s election, reacted with horror at the move.

“Bolsonaro has begun his government in the worst possible way,” she wrote on Twitter.

“We are very afraid because Bolsonaro is attacking indigenous policies, rolling back environmental protections, authorizing the invasion of indigenous territories and endorsing violence against indigenous peoples,” said Tuxá.

Under the new plan, the indigenous affairs agency FUNAI will be moved into a new ministry for family, women and human rights.

A former army captain and longtime member of Congress, Bolsonaro said at his inauguration on Tuesday that he had freed the country from “socialism and political correctness.”

An admirer of Donald Trump, Bolsonaro has suggested he will follow the U.S. president’s lead and pull out of the Paris climate change accord.

His supporters hope he will slash red tape to kick-start the economy, tackle violent gangs and run a graft-free government. Others fear he will unleash bloodshed by making guns more readily available and roll back social gains for minorities.