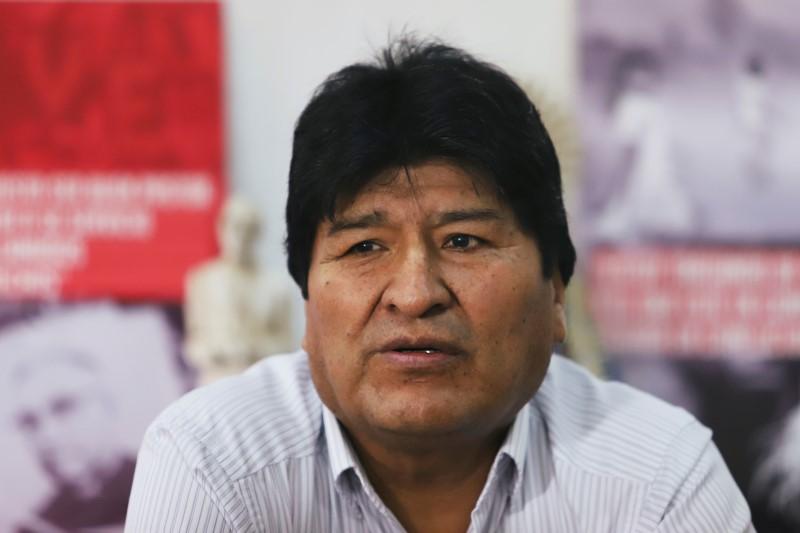 LA PAZ (Reuters) – Bolivian former President Evo Morales retracted his call for the organization of militias in his home country on Thursday after the comments sparked outcry from its interim government.

“A few days ago, my words about the formation of militias were made public. I retract them. My deepest conviction has always been the defense of life and peace,” Morales said in a statement tweeted from Argentina, where he is living in exile.

Morales told Reuters on Sunday that Bolivians had the right to organize and defend themselves, without firearms, from what he said were attacks by Bolivia’s interim government, which he says took power in a coup late last year.

At the time, he confirmed that he was the voice in a recording played on Bolivian radio calling for creation of armed militias “as in Venezuela,” but said he meant slingshots rather than guns.

The comments prompted Bolivia’s interim government to send a letter to Argentine Foreign Minister Felipe Sola, asking that Argentina disavow the comments made by Morales.

“We have not received an answer yet, but in fact there has been an indirect response, implicit, in the warnings that the government of Mr. Fernandez has given to Mr. Evo Morales, warning that he should lower the tone of his statements and should not make the kind of threats that clearly border on crime,” Bolivia’s acting foreign minister, Karen Longaric, told journalists in La Paz on Thursday.

A spokesman for Argentina’s foreign ministry declined to comment on whether the government had spoken to Morales about his comments.

Morales, a former coca farmer who led Bolivia for almost 14 years, fled his home country in November after political unrest sparked by his controversial election win. After initially going to Mexico, he moved to Argentina, where he has continued to play a key and vocal political role with his Movement for Socialism party ahead of new elections called for May 3.

Argentina’s center-left Peronist President Alberto Fernandez, who was inaugurated on Dec. 10, has previously supported Morales’ rights to speak freely, though granting him asylum has created tensions between his new administration and the United States.