Body of teenager, 15, found in Leeds canal during heatwave

Body of teenager, 15, is found in canal in Leeds as number of lives lost in water during heatwave rises to NINE

The body of a 15-year-old boy was found in a canal in Leeds yesterday, bringing the number of lives lost in water during Britain’s ongoing 90F heatwave to nine, police have announced.

Detectives are investigating after officers were called to Stocking Lane in Knottingley, West Yorkshire, at 5.28pm on Tuesday and recovered the body of the teenager, who was pronounced dead at the scene.

West Yorkshire Police are appealing for anyone who has information about how the boy ended up in the water to get in touch. A force spokesman said the teenager’s family are being supported by specialist officers.

Detectives advised people about the dangers of open water after eight previous fatalities linked to the warm weather since the weekend. Two teenagers died in water in Greater Manchester and Oxfordshire on Sunday, along with a man in his 50s in North Yorkshire and a man in his 20s in Sheffield.

On Monday, the body of a man was recovered from a lake at Pugneys Country Park in Wakefield, West Yorkshire. The day before, a man in his 40s died in front of his family after he slipped and fell while climbing a 200ft cliff in Dorset. 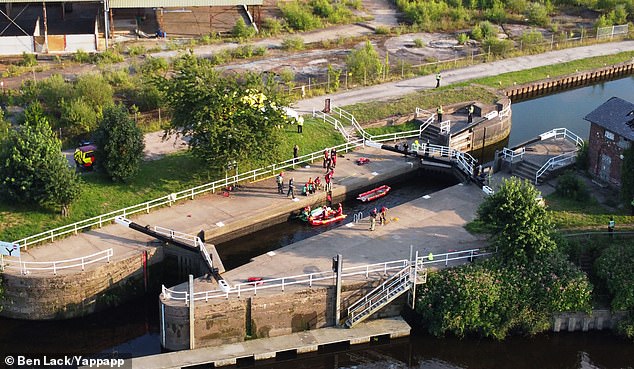 Detectives are investigating after officers were called to Stocking Lane in Knottingley, West Yorkshire, at 5.28pm on Tuesday and recovered the body of the teenager, who was pronounced dead at the scene 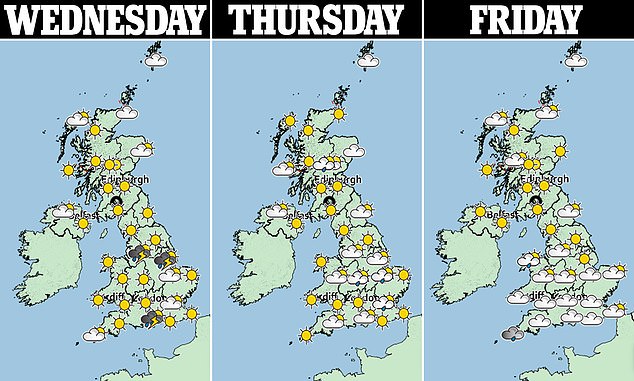 The body of a 15-year-old boy was found in a canal in Leeds yesterday, bringing the number of lives lost in water during Britain’s ongoing 90F heatwave to nine, police have announced

Detective Chief Inspector Tony Nicholson said: ‘This has been a tragic incident in which a boy has sadly lost his life and I would like to advise people of the dangers posed by open water.

‘Even on days as hot as we have had recently, canals can still be very cold and cold water can cause cramps in even the strongest swimmers.

‘Currents created by boats and water movements around locks and weirs can also be dangerous. There may also be items lurking beneath the surface that could cause injury.’

The Met Office says mercury is expected to push 86F across southern England and 77F in Belfast, with temperatures forecast to be cooler in the east. Sun-seekers are warned to beware of sunburn, heat exhaustion, dehydration, nausea, fatigue ‘and other heat-related illnesses’.

An amber extreme heat warning remains in place for central and southern England, Wales and Northern Ireland. While much of England is set to sizzle on Wednesday, scattered thunderstorms are forecast to return across the country’s east.

A West Yorkshire Police spokesman said: ‘Police are appealing for information after the body of a teenager was retrieved from the canal in Knottingley. At 5.28pm today (Tuesday), police were called to a report of a concern for safety regarding a male in water in Stocking Lane.

‘Emergency services attended and retrieved the body of a 15-year-old boy. He was sadly pronounced dead at the scene. His family are being supported by specialist officers.

‘An investigation is ongoing into the circumstances by West Yorkshire Police’s Homicide and Major Enquiry Team, and detectives are keen to hear from anyone who was in the area at around the above time, or who may have information about how the boy ended up in the water.’

Anyone with information that could help the investigation is asked to contact police on 101, quoting log reference 1462 of July 20.

Yesterday a drowned swimmer’s body washed up at a Wakefield nature park. On Monday it was announced a 29-year-old man who drowned after ‘accidentally getting out of his depth’ in the surf near Blackpool.

The RNLI and coastguard launched a frantic five-hour search for the stricken swimmer when he suddenly went under the waves and failed to resurface. It was later confirmed that the victim, from Bolton, had been at the seaside enjoying the warm weather with a group of friends. 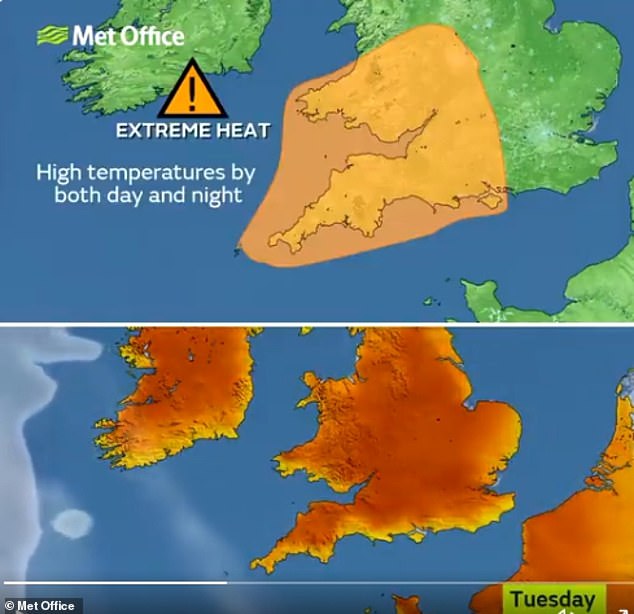 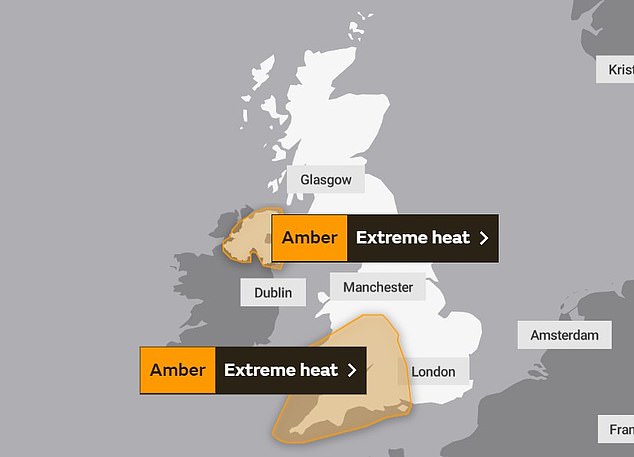 A man’s body was recovered from a disused quarry in Dove Holes, Buxton, Derbyshire on Sunday evening. Derbyshire police said they were called to the Victory Quarry at around 7pm last night, following reports that someone had entered the water and ‘found himself in difficulty.’

The force said firefighters and paramedics also attended the scene but ‘despite extensive search and rescue efforts, the man’s body was recovered from the water shortly before 11pm.’

In a plea for no further tragedies, group manager at the Derbyshire Fire and Rescue Service Paul Hawker said: ‘When the weather is hot, we know people are tempted to cool down by swimming and jumping into open water, however no matter how warm the weather is, the water remains cold which can cause the body to go into cold water shock, making it difficult for even the strongest swimmer.

‘Hidden rocks and debris can also pose a threat as swimmers can easily get tangled and trapped.

‘Yesterday there were over 200 people at Waterswallows Quarry, not far from Victory Quarry, and no-doubt countless others at quarries, reservoirs and rivers across the county.

‘Despite repeated prevention messages and visits from the emergency services at known risks in the local area advising of the danger of swimming in flooded quarries where depth change can be quite sudden, it really is sad that a man has lost his life in such tragic circumstances.’