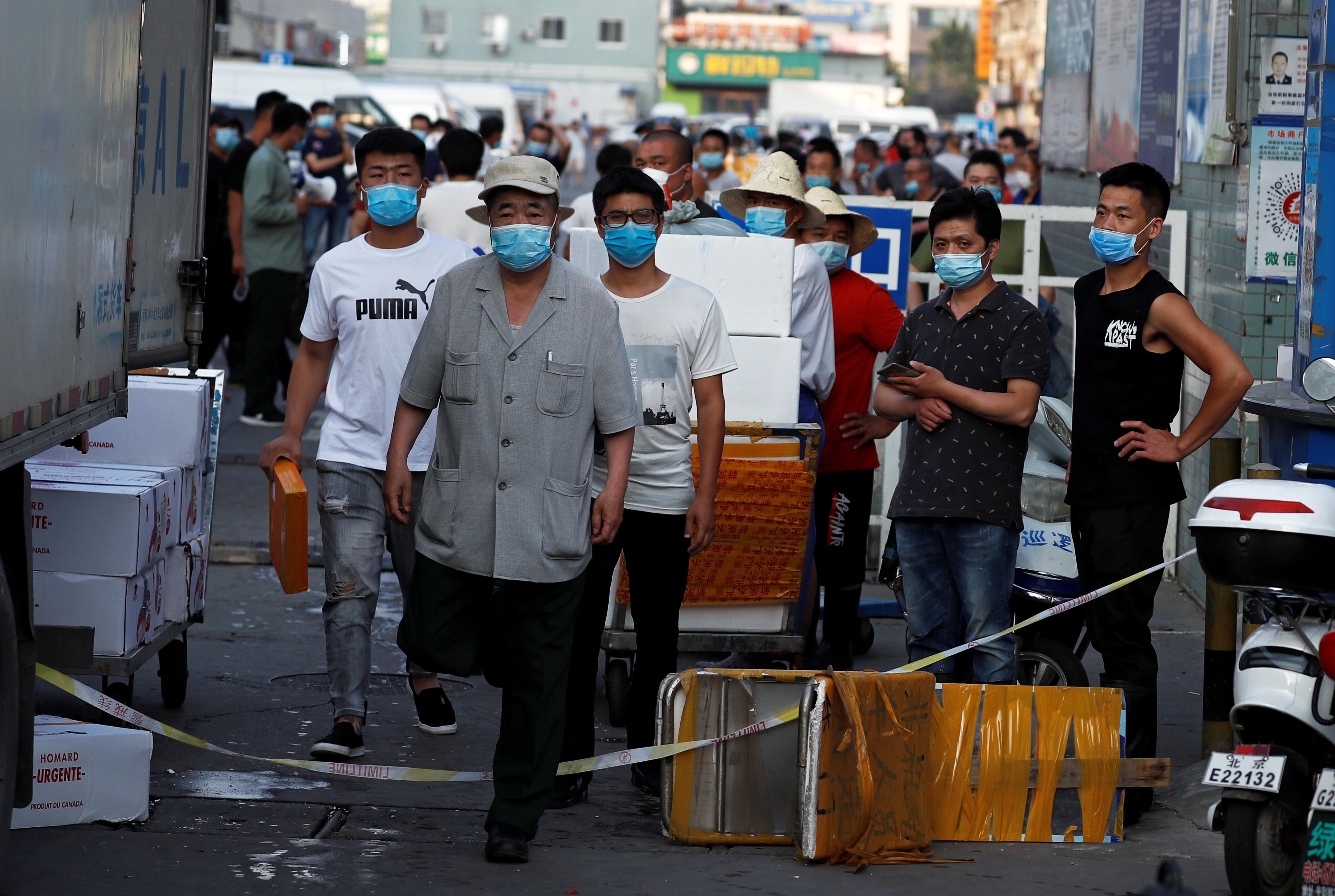 The closure of the Xinfadi wholesale market at 3 a.m. local time on Saturday (1900 GMT on Friday), came after two men working at a meat research center who had recently visited the market were reported on Friday as having been infected by the novel coronavirus. It was not immediately clear how the men had been infected.

Concern is growing of a second wave of the new virus, even in many countries that seemed to have curbed its spread. It was first reported at a seafood market in Wuhan, the capital of central China’s Hubei province, in December.

Beijing authorities had earlier halted beef and mutton trading at the Xinfadi market, alongside closures at other wholesale markets around the city.

Reflecting concerns over the risk of further spread of the virus, major supermarkets in Beijing removed salmon from their shelves overnight after the virus causing COVID-19 was discovered on chopping boards used for imported salmon at the market, the state-owned Beijing Youth Daily reported.

Beijing authorities said more than 10,000 people at the market will take nucleic acid tests to detect coronavirus infections. The city government also said it had dropped plans to reopen schools on Monday for students in grades one through three because of the new cases.

It also said restaurants would be inspected and checks made on seafood products and fresh and frozen meats.

Health authorities visited the home of a Reuters reporter in Beijing’s Dongcheng district on Saturday to ask whether she had visited the Xinfadi market, which is 15 km (9 miles) away. They said the visit was part of patrols Dongcheng was conducting.