Chinese-Australian TV anchor Cheng Lei has been detained in China.

Chinese authorities notified the Australian Department of Foreign Affairs she had been arrested on August 14. 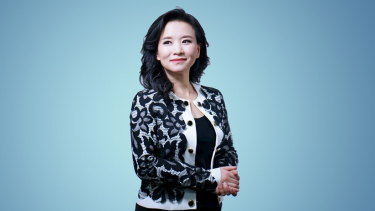 The Chinese-born journalist, who graduated from the University of Queensland, worked for five years with Cadbury Schweppes and ExxonMobil in Melbourne and became an Australian citizen before returning to Beijing in 2003.

Foreign Minister Marise Payne said on Monday night that Australian officials had an initial consular visit with Cheng at a detention facility via video link on 27 August.

"[We] will continue to provide assistance and support to her and her family," she said. "Further comment will not be provided owing to the government’s privacy obligations."

Cheng was the China correspondent for US pay TV network CNBC for nine years. Since 2013 she has been an anchor for Chinese state media network CGTN-News, the English language channel of China Central Television.

Cheng's charges have not been publicly released. Her online Chinese state media profile had been deleted by Monday night.

Cheng's detention follows rising diplomatic tension between Australia and China over the coronavirus, Beijing's crackdown in Hong Kong, repression of Uighur's in Xinjiang and incursions into the South China Sea.

Fellow Chinese-Australian Yang Hengjun, a pro-democracy activist who became an Australian citizen in 2002, has spent more than 18 months in jail after being arrested by the Beijing State Security Bureau on suspicion of endangering Chinese national security. There has been no transparency about the specific claims against him.