Arsonist, 26, who torched 20 vehicles is jailed for three years

Arsonist, 26, who torched 20 vehicles in shocking one-night fire spree costing hundreds of thousands of pounds is jailed for three years

A man who set fire to 20 vehicles causing hundreds of thousands of pounds worth of damage has been jailed for three years.

Daniel Cron, 26, was sentenced on Wednesday after pleading guilty to 21 counts of arson – comprising 20 vehicles and a fence – at a previous hearing.

Cron, along with an as yet unidentified man, set fire to both private and commercial vehicles in the Bradley Stoke and Stoke Gifford areas of south Gloucestershire in the early hours of April 3 last year.

A large number of the vehicles were minibuses which belonged to a community group which provided transport services for vulnerable adults and children. 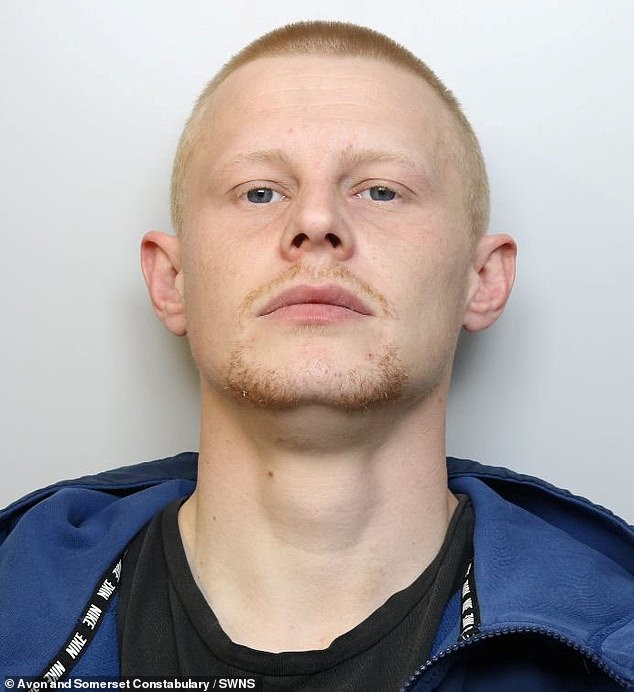 Daniel Cron (pictured), 26, was sentenced to three years in prison having pleaded guilty to 21 counts of arson – comprising 20 vehicles and a fence – at a previous hearing 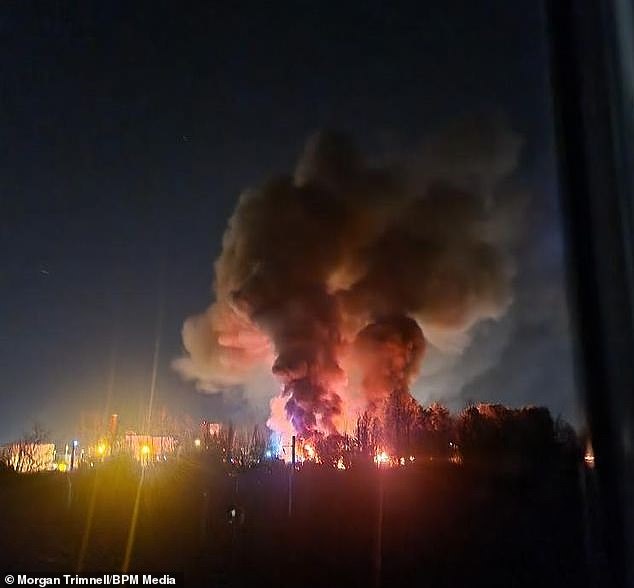 Following the incident, detectives appealed for the public’s help to identify CCTV footage which could aid their investigation.

Dozens of people submitted footage from their private CCTV, doorbell cameras and dashcam.

Using the footage, officers then tracked Cron and the other man as he set fire to the vehicles over a three-and-a-half-hour period.

Cron, of Filton, Gloucestershire, appeared at Bristol Crown Court for sentencing on Wednesday.

Inspector Steve Davey, of Operation Remedy, said: ‘Cron has never offered any explanation for his actions and it was only by sheer luck that nobody was seriously injured or killed.

‘While no one was hurt, vulnerable members of the community lost a vital transport resource while the community group which owned the minibuses along with other motorists suffered a significant financial hit and the inconvenience of replacing their vehicles.’

He added: ‘We’re extremely grateful for the support we received from the public following our appeals.

‘Their help in providing us with footage saved a lot of valuable police time and enabled us to quickly put together a route Cron and the other man took and provided the evidence we needed to secure this conviction.’

Bradley Stoke mayor and town council spokesman Tom Aditya previously said the ‘appalling and shameful’ attacks were ‘unheard’ of in the town. 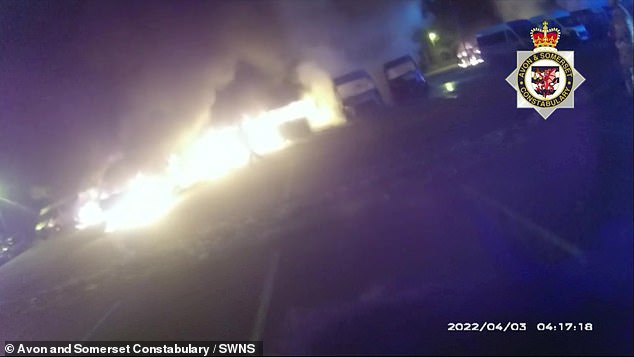 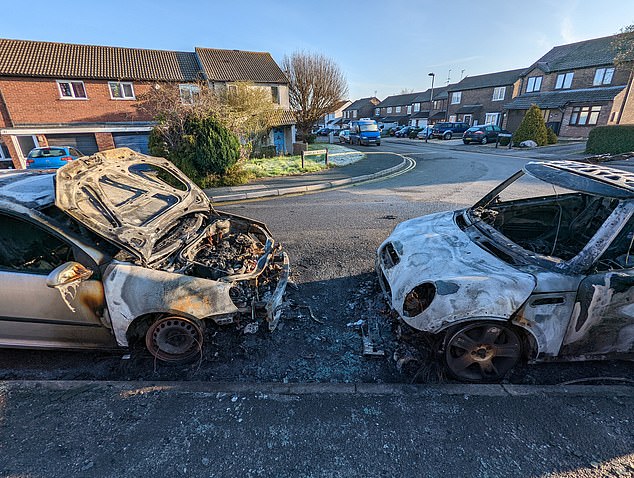 Police said they were first called to a car fire in Stoke Gifford in the early hours of April 3 last year, with others later attacked in Bradley Stoke (pictured), Little Stoke and Patchway 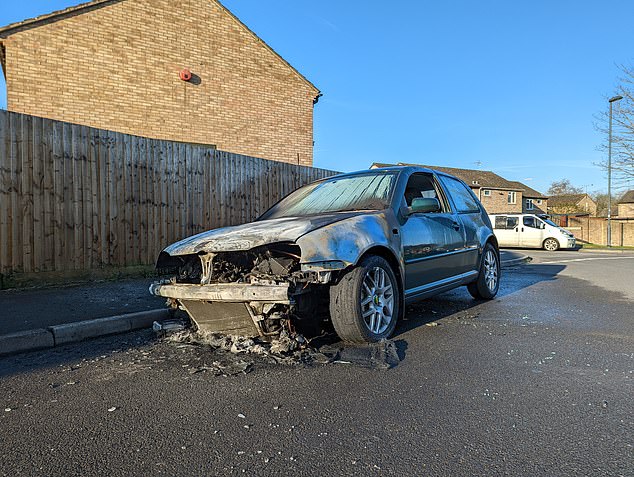 Following the incident, detectives appealed for the public’s help to identify CCTV footage which could aid their investigation 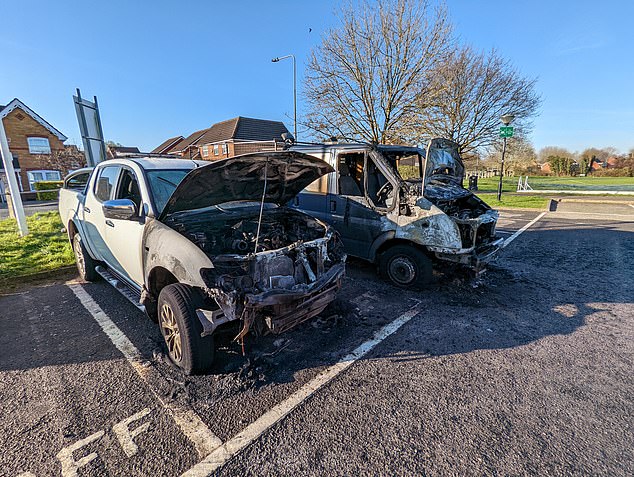 Vans were damaged in Bradley Stoke (pictured), exploding fuel tanks are reported to have woken up residents

The first call came in at around 1.30am on Sunday April 3, reporting a vehicle fire in New Road, Stoke Gifford.

By 5.30am there were further reports, with up to 20 vehicles set alight in locations across Bradley Stoke, Little Stoke and Stoke Gifford.

At about 3.45am more vehicles were on fire in a car park at Rolls Royce, Filton. Around 20 vehicles there were damaged as the fire spread.

Residents were awoken to the sound of the vehicles’ fuel tanks exploding.