CAIRO (Reuters) – A bigger presence of relief agencies, U.N. workers and diplomats in Libya has done little to ease the plight of migrants abused in detention centers and blocked from crossing the Mediterranean, migrants and aid workers say. 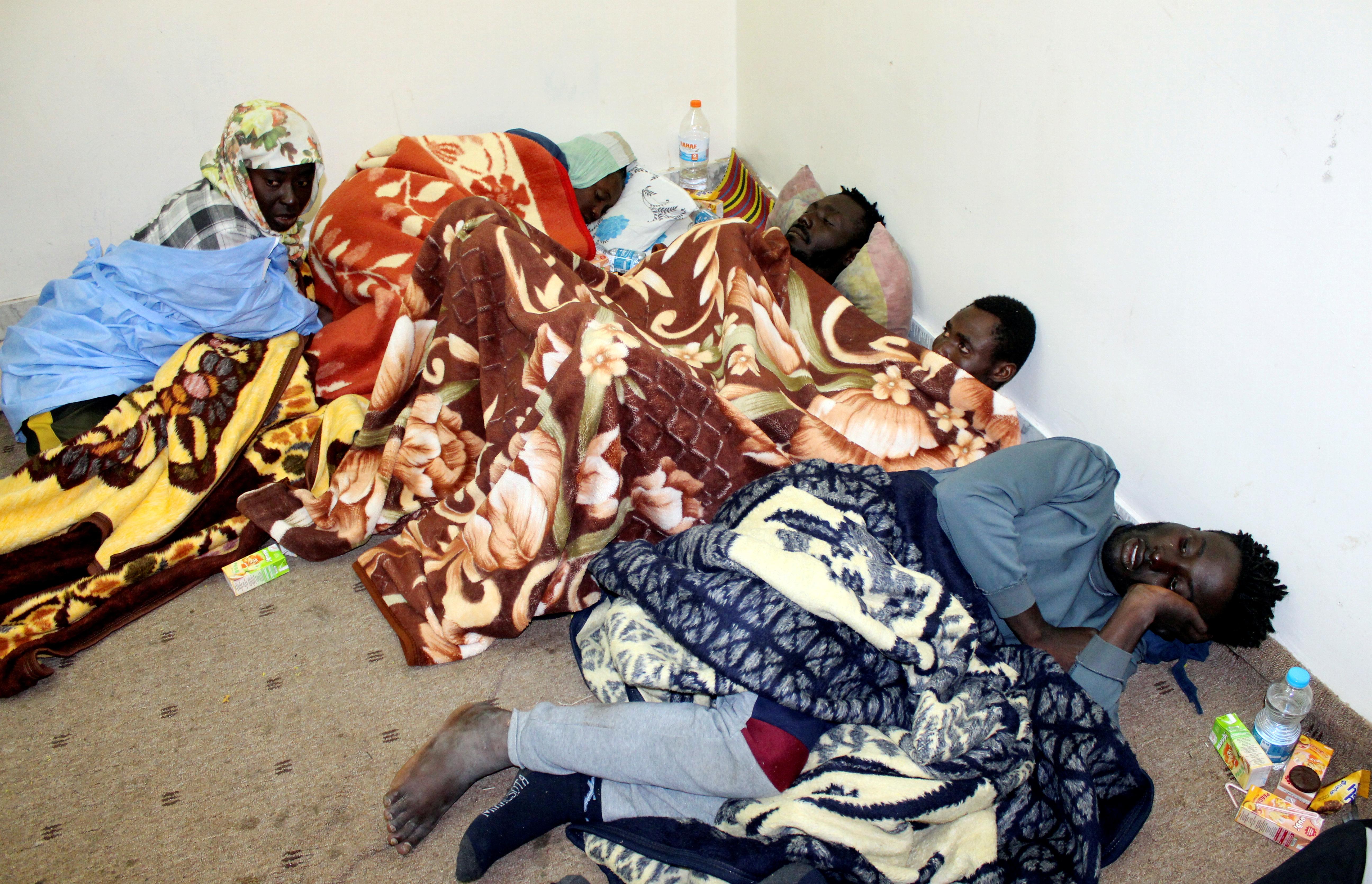 Aid agencies have tried to partner with the internationally recognized Government of National Accord (GNA), which was set up in 2016, to help those stranded inside the country.

But the United Nations and rights groups say migrants are still frequently exposed to torture, forced labor and rape.

Migrants picked up by the coastguard under EU-backed measures to try to stop them reaching the bloc are returned to detention centers nominally run by the GNA, one of Libya’s two rival governments, where they can languish for months while they plan for another crossing or seek repatriation or resettlement.

“The police here do whatever they want to us. If they want to beat us they beat us … no one can protect us,” said one Eritrean migrant who was transferred from a center in Tripoli to the southern city of Sabha after being intercepted at sea in December 2017, and spoke to Reuters by phone.

“In two days we get one meal. We drink saltwater, we don’t get any medical treatment.” A senior guard shot at migrants when they demanded food, injuring one of them in the hand, he said, echoing testimony reported by rights groups in the country.

Migrants have sometimes been left underfed or deprived of assistance because of corruption or power struggles among guards and officials, aid workers say. During militia battles, migrants have been abandoned to their fate.

Another Eritrean man held reached by phone at Tariq Siqqa center in Tripoli said some migrants won release by bribing guards or working for no pay. “They go and work in their homes and after that they go free. There is much corruption here.”

Officials from the GNA’s interior ministry and its illegal immigration department did not respond or could not be reached for comment. In the past they have denied allegations of abuse and said migrants were detained for their own protection.

The centers currently hold some 5,200 migrants, a fraction of the hundreds of thousands present in Libya, but numbers can suddenly swell due to new coastguard interceptions or clashes.

The number of migrants held in the cities of Misrata and Khoms rose from 650 at the start of the year to 930, “leading to further deterioration of already dire detention conditions”, Medecins Sans Frontieres (MSF) said last week.

Many are suffering from malnutrition, hypothermia, or severe diarrhea, and some were systematically abused and tortured by traffickers before trying to cross by sea, MSF said.

Human Rights Watch said last week that it had heard “disturbing accounts from both adults and children of violence by guards, including beatings, whippings and use of electric shocks” in detention centers in Misrata, Tajoura, and Zuwara.

Access to detention centers for humanitarian workers who provide basic supplies and healthcare, often through EU-funded programs, is unpredictable. 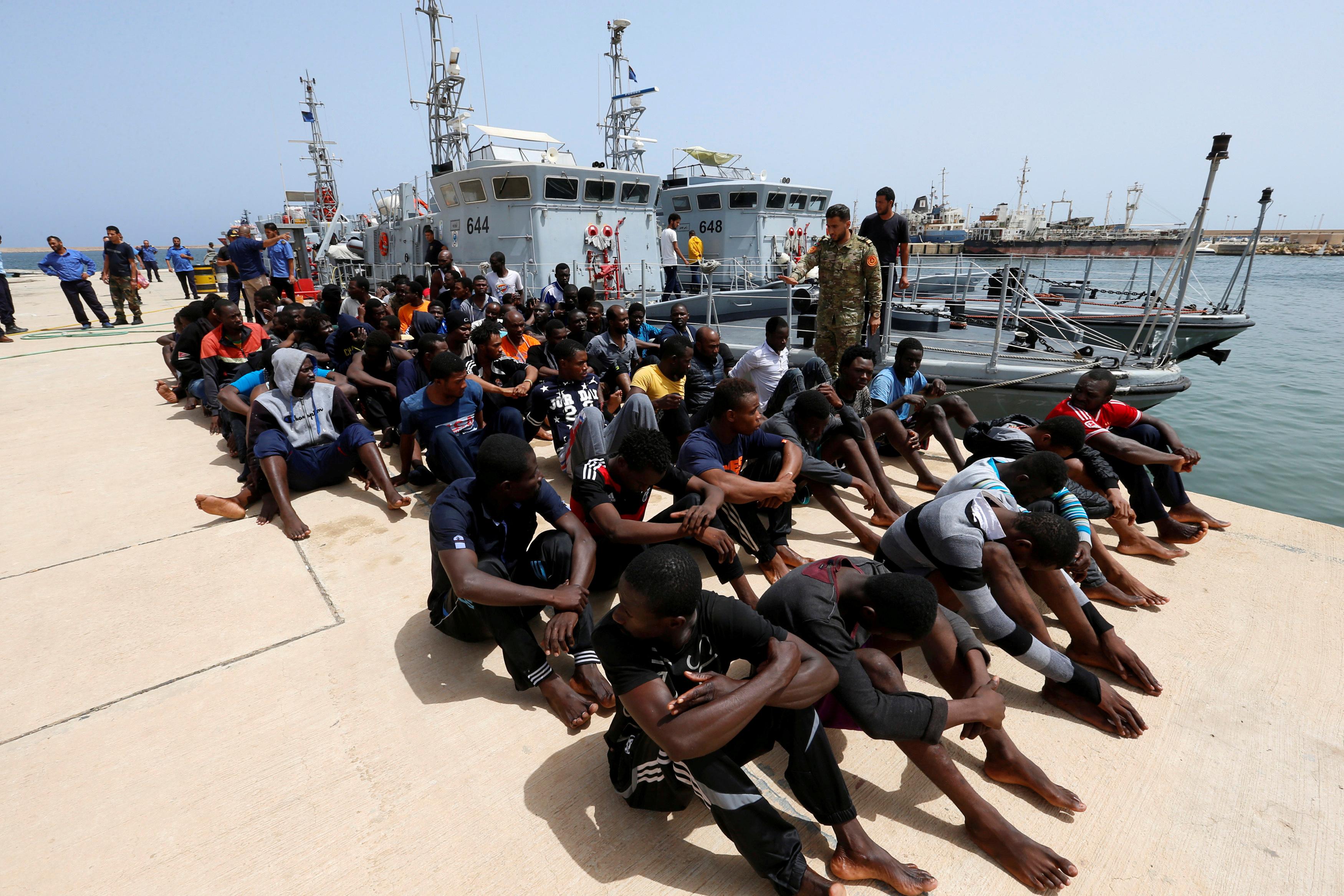 Reuters has been unable to gain access to centers for more than a year. Media visits became rarer after CNN reported in November 2017 that migrants were being traded in slave auctions in Libya.

The outrage sparked by the CNN story gave impetus to a “voluntary returns” program run by the International Organization for Migration (IOM) that flew nearly 16,500 migrants back to their home countries last year. Critics say the returns are not truly voluntary, given the only alternative is to stay in Libya.

UNHCR, the U.N. refugee agency, has begun to process more asylum requests and resettle refugees, either directly from Libya or through Niger, but the program has been hampered by a lack of resettlement offers.