A REWARD for $10,000 is being offered for information on a car involved in the Washington Nationals baseball game shooting, which injured three and sparked mass panic.

Shots rang out at Nationals Park in Washington DC around 9.30pm on Saturday as people in two vehicles shot at each other outside the park. 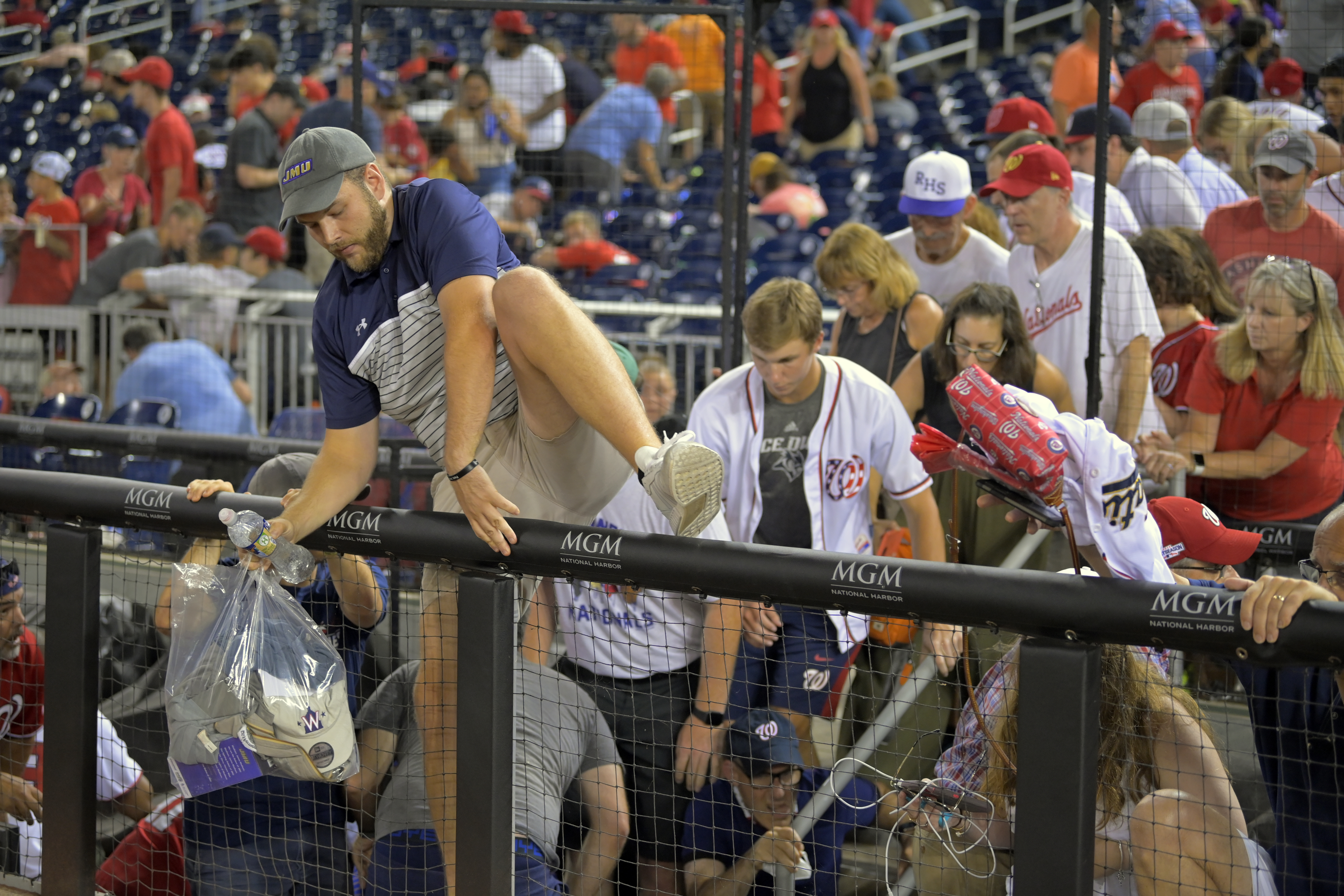 The shooting led to mass panic in the stadium, as fans and players scrambled to run for cover after multiple shots rang out into the night.

One innocent bystander was injured in the shooting, and was hospitalized with non-life-threatening injuries, and two others who were in one of the cars later showed up at area hospitals for treatment for gunshot wounds.

Now, the DC Police Department is asking for the public's help, and offering up a reward, for any information on the other car involved in the shooting.

"The suspect vehicle in this case is described as a gray Toyota Corolla with a missing hubcap on the rear driver’s side wheel and dark tinted windows," the department said in a statement released on Sunday.

"The vehicle is believed to be displaying a Virginia temporary tag."

The department asked anyone with information to contact them directly.

"The Metropolitan Police Department currently offers a reward of up to $10,000 to anyone who provides information that leads to the arrest and conviction of the person or persons responsible for a violent crime committed in the District of Columbia," the statement says.

The shots were heard in the middle of the sixth inning as the Nationals played the San Diego Padres on Saturday.

Video of the aftermath shows fans frantically trying to get out of the stands as some spilled onto the field.

"We heard what sounded like rapid gunfire. We didn't know where it was coming from."

The players on the field were seen rushing towards the dugout and spectators were seen leaping up from their seats after at least seven shots were heard.

Fans were initially warned to shelter in place by the stadium announcer.

In a tweet, the team later encouraged fans to "exit the ballpark via the CF and RF gates at this time.

"We're working with law enforcement to provide more information as soon as it becomes available," the Nationals wrote.

The Metropolitan Police Department confirmed in a statement that it was responding to the shooting in the 1500 block of South Capitol Street and that two people were shot.

Police said there was "no ongoing threat at this time," adding: "This is an active investigation."

Around two dozen police cars, ambulances, and fire engines responded to the scene.

The game was been suspended after the gunfight, to resume on Sunday afternoon. 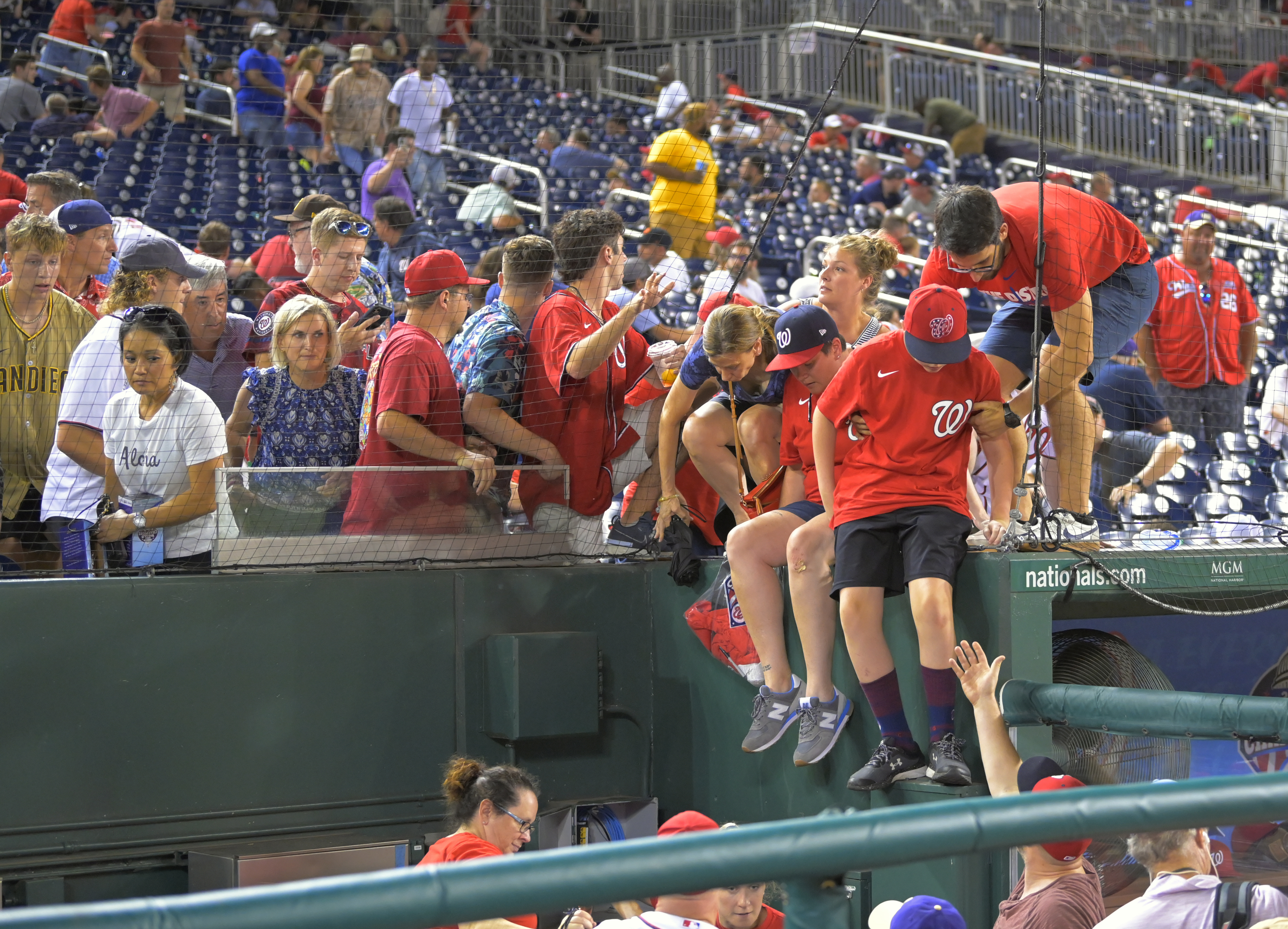 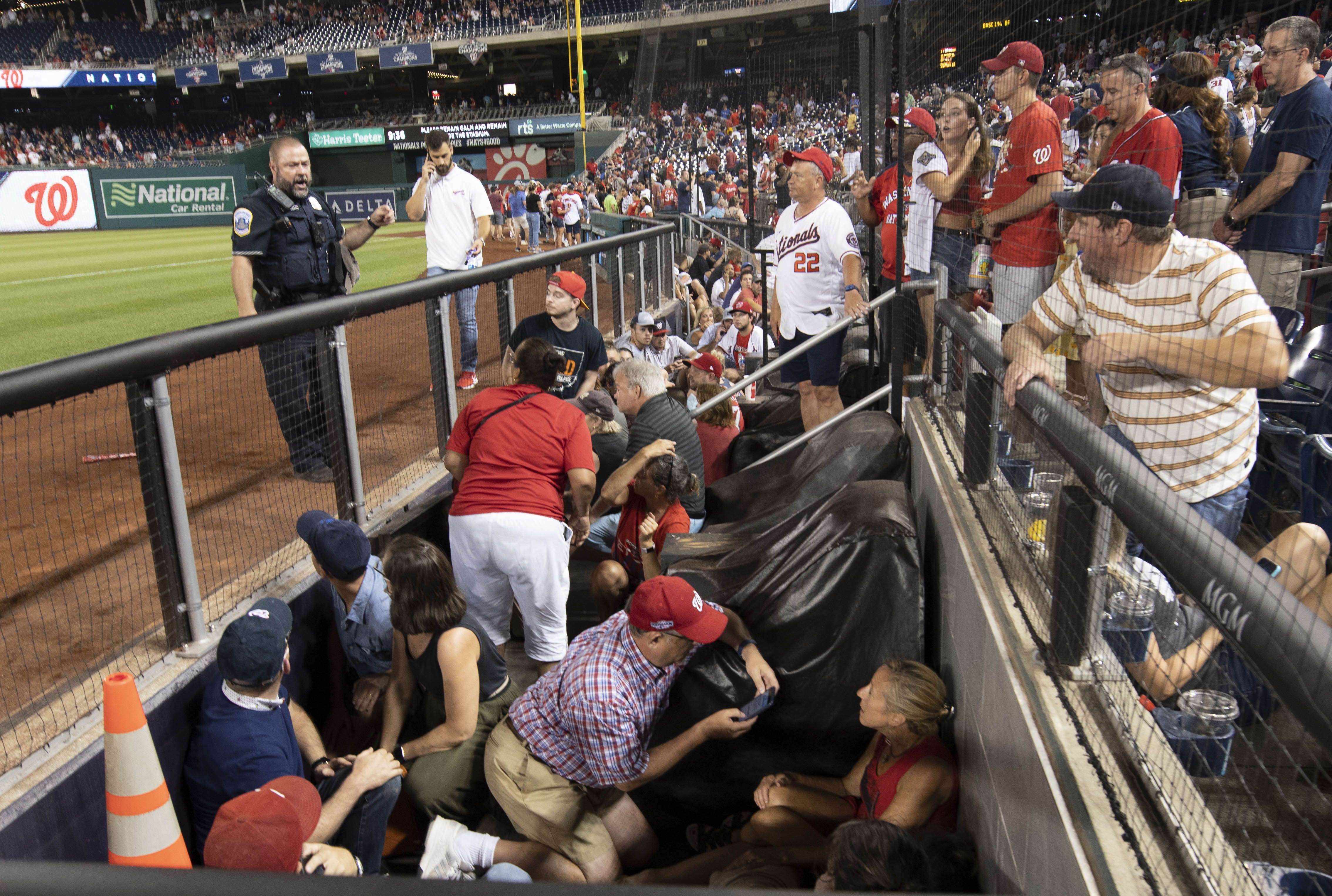