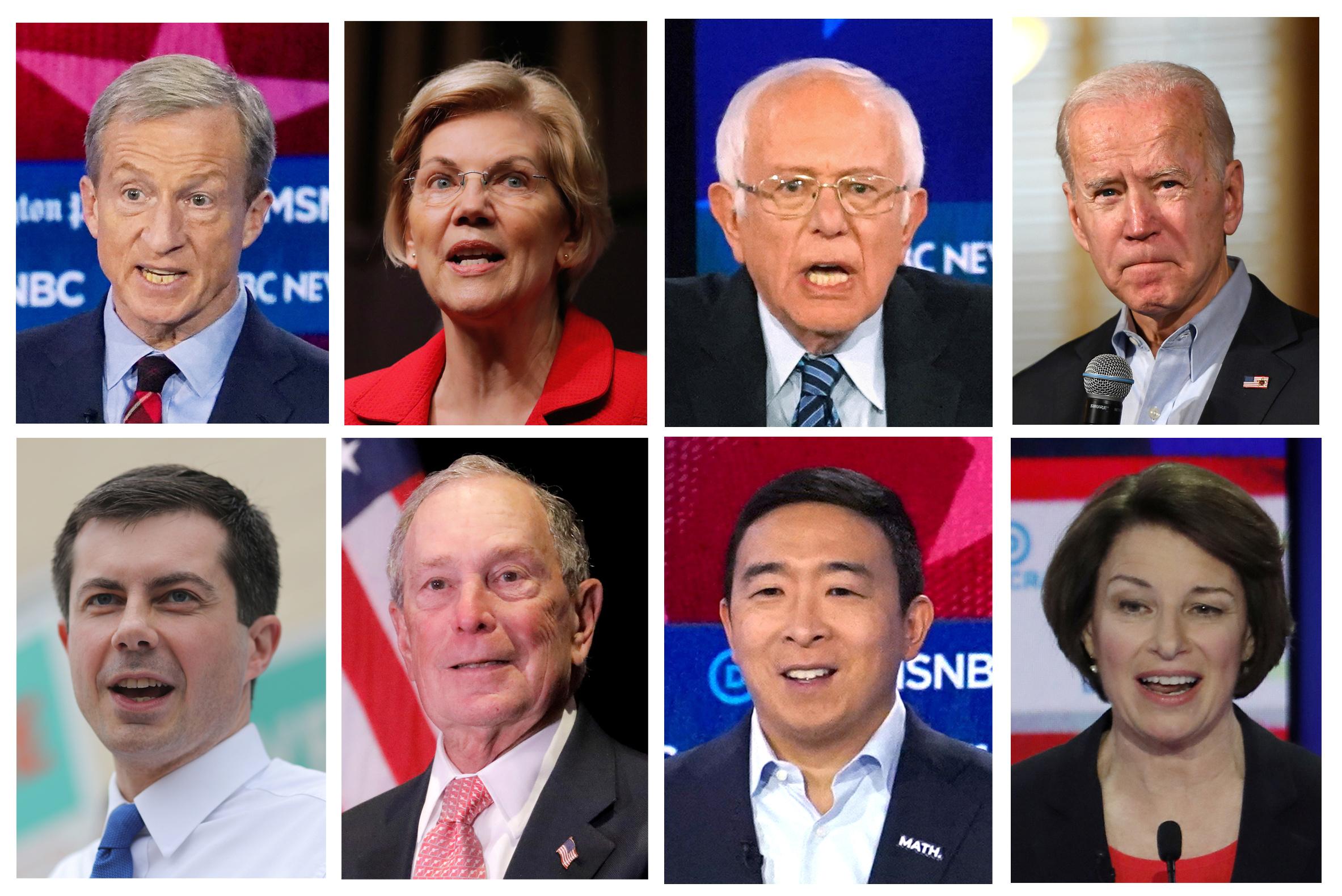 But clear divisions have emerged on how they would approach U.S. interests abroad. The contenders also differ on trade and whether to reverse Trump’s tariffs on imports from China.

Here is a look at the foreign policy positions of the top eight Democratic candidates in the race.

Biden served as Democratic President Barack Obama’s vice president from 2009-2017 and spent 35 more in the U.S. Senate. He argues his foreign policy experience surpasses his rivals.

Biden supports shoring up traditional alliances such as the North Atlantic Treaty Organization (NATO). He has said he would pursue an extension of the New START nuclear arms control treaty with Russia, which expires in 2021 and which Trump has not committed to extending.

He supports leaving some U.S. troops in the Middle East.

Biden has been criticized by U.S. Senator Bernie Sanders for his 2003 Senate vote authorizing the Iraq War. He has since said he was misled by the administration of President George W. Bush and later opposed it.

But Biden has not always been interventionist. He opposed the Obama administration’s troop surge in Afghanistan in 2009 and the 2011 decision to intervene in Libya.

Since the Iran strike, the U.S. senator from Vermont has burnished his anti-war credentials, having protested the Vietnam War and led the effort to stop the 2003 invasion of Iraq. Sanders said in the January debate that both Vietnam and Iraq were “based on lies” and Iran could become “a war that is even worse.” He said the United States should re-enter the nuclear agreement with Iran from which Trump withdrew.

Sanders has also sought to contrast his record with Biden’s on trade. Sanders opposed the North American Free Trade Agreement (NAFTA), which he said led to job losses. He also opposes the U.S.-Mexico Canada Agreement (USMCA), which replaces NAFTA, saying it has only “modest improvements.”

Sanders has previously expressed solidarity with left-wing governments but now draws a distinction between his avowed democratic socialism and governments like that of Venezuela’s Nicolas Maduro, who he has called a “vicious tyrant.”

The U.S. senator from Massachusetts has pledged to create a foreign policy with a focus on creating and defending jobs in the United States.

“We need to bring our troops home” from Afghanistan, Warren has said.

Warren was the first major candidate to call for Trump to be impeached for taking actions to impede the federal investigation of Russian election interference.

Warren has blasted Trump’s “trade wars” and supports the USMCA, though she agrees with Sanders that it is only a “modest improvement.”

“It will give some relief to our workers,” Warren said in a January debate.

Buttigieg studied abroad in England and Tunisia and worked for the global consulting firm McKinsey & Company. He took time out of his first term as mayor of South Bend, Indiana, to deploy to Afghanistan with the U.S. Navy Reserve.

Buttigieg has pledged to rejoin the Iran nuclear deal and the Paris climate accord. Buttigieg has argued for scrapping the authorization for use of military force passed by Congress following the Sept. 11, 2001, attacks on the United States, saying it has become a “blank check.”

Buttigieg said in a January debate that he supports the USMCA trade deal to replace NAFTA. He also has said he would withhold U.S. funds from Israel if it annexes West Bank settlements.

The billionaire former mayor of New York, who entered the race in November, has not yet laid out a detailed foreign policy plan but has pledged to be tough on Iran and to strongly support Israel.

Bloomberg has said he would never put conditions on U.S. military aid to Israel. He opposed the Iran nuclear deal due to insufficient security safeguards for Israel but said he would pursue a different deal.

Bloomberg would support an Israel-Palestine peace deal that created an independent Palestinian state only if it ensured Israel’s security and preserved its Jewish character, a campaign spokesman said.

Bloomberg, who has business links to China through his news and market data provider, Bloomberg LP, has argued against Trump’s trade war with Beijing, citing the need to work with China to tackle climate change.

The U.S. senator from Minnesota has embraced the Washington Post’s characterization of her world view as “internationalism of the heartland.”

Klobuchar believes the United States should take a tough approach to Russia, by strengthening sanctions and committing to the NATO alliance, and China, by speaking out about the treatment of Uighur Muslims and the crackdown on protesters in Hong Kong.

Klobuchar opposed the Iraq war. “When I got to the Senate, I pushed to bring our troops home,” she said during January’s debate.

Klobuchar also said she would leave some troops in the Middle East but not as many as Trump has discussed. In Afghanistan, “some would remain for counterterrorism and training.”

Klobuchar would restart nuclear negotiations with Iran and she supports the USMCA.

Along with his flagship domestic proposal for a universal basic income for all Americans over age 18, Yang has proposed a “reverse boot camp” to ensure military service members are ready to return to civilian life.

The former tech entrepreneur’s foreign policy initiatives include a proposal to develop new encryption standards and invest in quantum technology to stay ahead of geopolitical rivals.

Yang also has said the decision to launch a nuclear attack should not rest solely with the president, proposing that the vice president also verify such calls.

The billionaire investor turned presidential hopeful has set out few specific policies on national security, besides committing to U.S. alliances like NATO, but he promises to prioritize U.S. leadership on tackling climate change.

Steyer, who has pledged to declare climate change a national emergency to make the United States carbon neutral by 2045, would immediately rejoin the Paris climate agreement and provide $200 billion in U.S. aid to address environmental issues globally.