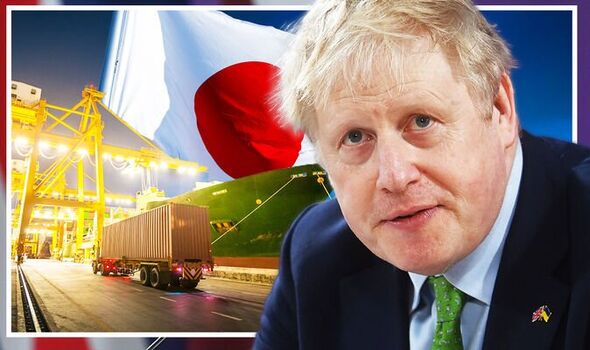 Anne-Marie Trevelyan, the International Trade Secretary, on Thursday paid a visit to Burleigh Potteries in Stoke-on-Trent for a closer look at how the Government’s Global Britain strategy is benefiting firms right here in the UK.

Established in 1851 in Burslem, Burleigh is a British luxury brand which was sold in 82 countries last year, generating a turnover of £2.5million.

Ms Trevalyan said: “It is great to see British businesses exporting across the world thanks to our brilliant free trade agreements. Businesses who export support higher paying jobs, and are helping grow the economy across the UK.

“Seeing Burleigh succeed shows the high demand for quality British products, and I will continue to champion great British exporting success stories in every sector.”

Managing Director Jim Norman added: “Burleigh has exported to global markets since its inception in 1851 and we are keen to continue benefiting from free trade around the world.

“It has been fantastic to show the Trade Secretary around our pottery today and to thank her and her Department for their support and advice that maintains and develops our long-established tradition of exporting.”

During her visit, Ms Trevelyan met with Burleigh Managing Director Jim Norman to discuss the various export opportunities which the UK’s trade strategy is securing.

The Department for International Trade has been offering support to Burleigh since 2012, and it now exports to the US, Japan, Australia, New Zealand and South Korea.

The visit followed Prime Minister Boris Johnson’s cabinet meeting in Stoke-on-Trent earlier, during which he discussed ways in which this week’s Queen’s Speech will set out to boost economic growth, improve living standards and provide “level-up” opportunities across the country.

The success is made possible by the UK’s free trade agreement with Japan, which was the UK’s first major deal as an independent trading nation.

The Executive Summary for the final impact assessment of the deal states: “In the long run, the trade costs reduced by the UK-Japan CEPA are estimated to drive an increase in UK exports to Japan by 17.2 percent or £2.6 billion and UK imports from Japan by 79.9 percent or £13 billion when compared to 2019 levels.

“Therefore, in the long run overall bilateral trade between the UK and Japan is estimated to increase by 50% or £15.7 billion when compared to 2019 levels.”

Businesses such as Burleigh are also set to benefit from the removal of tariffs on 100 percent of UK goods exports from the UK’s free trade agreements with Australia and New Zealand – the first trade deals negotiated from scratch by the UK as an independent trading nation.

Exporting is essential to the West Midlands, and in 2021, the region exported £25.5 billion worth of goods, making it the 6th-highest goods exporting region – with eight percent of the total figure for 2021.

Exports support almost 10 percent of all jobs in the West Midlands region, and DIT’s Export Academy, which was piloted in the Midlands has supported 1,311 businesses since its launch in December 2020.

Last year, DIT launched an ambitious new Made in the UK, Sold to the World plan to help businesses across the UK double exports and sell their world-class products around the globe, including Burleigh Potteries.