The Foreign Secretary on Wednesday clinched the right to take on Rishi Sunak for the keys to Downing Street in the final runoff ballot by Tory grassroots members. She overtook rival challenger Penny Mordaunt in the fifth and final knockout ballot among Tory MPs and was immediately declared the bookies favourite in the head-to-head runoff to succeed Boris Johnson.

Shortly after the results were announced, the Foreign Secretary made clear she will seek the backing from Tory members with an agenda focused on tax cuts and traditional Conservative values.

She also insisted she could reunite the party after the bitter feuds of Mr Johnson’s era.

Ms Truss said: “I am excited to now take to the country to make the case to the Conservative Party about my bold new economic plan that will cut taxes, grow our economy and unleash the potential of everyone in our United Kingdom.

“As Prime Minister, I would hit the ground running from day one, unite the Party and govern in line with Conservative values.”

She added: “I would like to thank each and every one of my colleagues who have supported me throughout this stage of this contest.

“I would also like to pay tribute to every candidate who stood for the leadership. Each of them has contributed enormously to the Conservative Party and to public life.”

Mr Sunak insisted he was the only candidate capable of defeating Labour at the next general election.

He said: “The question now for our members is who is the best person to defeat Keir Starmer and the Labour Party at the next election. 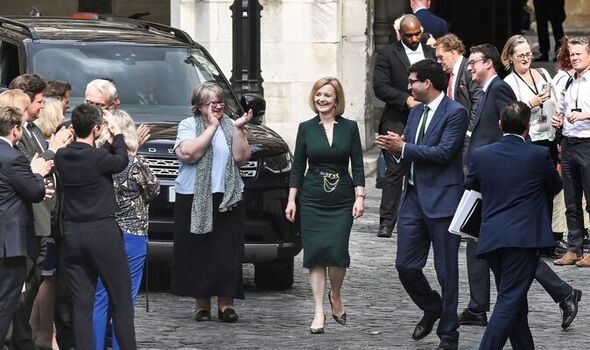 “I believe I am the only candidate who can do that.

“And my values are also those of our members. And I’ve got the experience and the vision to translate those values into a government that delivers for the British people and ensures that this is the best country to live, work and raise a family anywhere in the world.”

Bowing out of the contest, Ms Mordaunt congratulated the pair going forward to the final runoff.

Referring to a bruising campaign dogged by accusations of smears and tactical voting, she said: “I pay tribute to anyone who puts themselves forward for such a demanding role. Politics isn’t easy.

“It can be a divisive and difficult place. We must all now work together to unify our party and focus on the job that needs to be done.”

She added: “I am a One Nation, proud Brexiteer. My campaign put forward a positive vision for the country I love so much, remembering who we are here to serve.

“Our mission is not only to deliver on what we promised but to win the fight against Labour at the next general election. I hope to play my part in both.”

Officials at Conservative Campaign HQ last night announced that the first in a series of hustings for party members will take place in Leeds next Thursday.

“I am proud of the strong slate of candidates we’ve had for this contest, the most diverse range of candidates for any leadership election in British history, showing once again the Conservatives are the Party of meritocracy.

“We will shortly begin a hustings programme right across the UK, giving our members the chance to put their questions to the candidates. Hustings will also be streamed online.

“At such an important time for our nation, we are conscious that the Conservatives are not just choosing a new leader but also the next Prime Minister, and it’s a responsibility we take very seriously.”

Sky News announced a host a head-to-head debate between Mr Sunak and Ms Truss will be screened live on August 4.

Both candidates have confirmed they will take part in the live one-hour debate hosted by Kay Burley with questions from a live studio audience, to be broadcast from 8pm. It will follow a live BBC1 debate starting at 9pm on Monday.