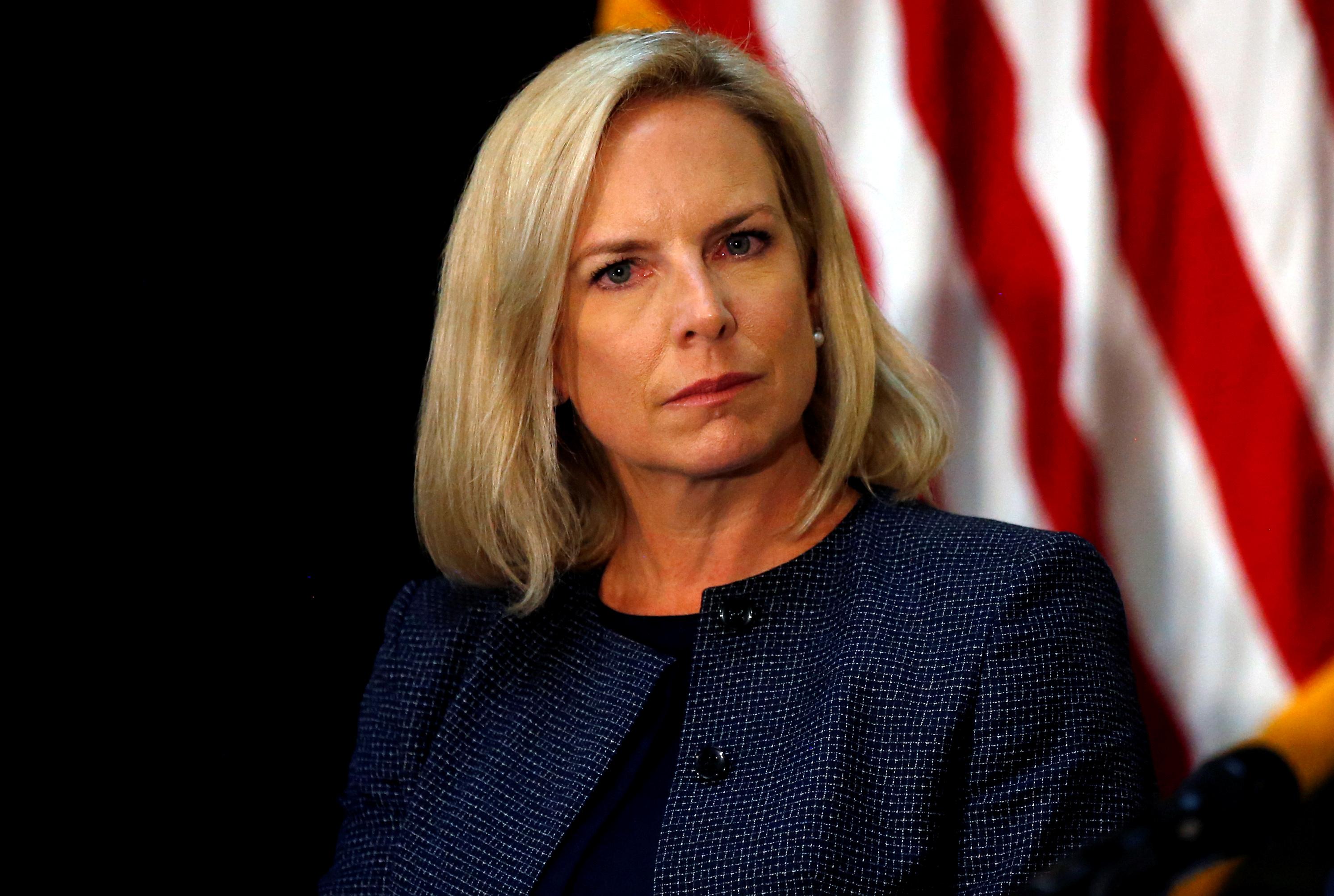 WASHINGTON (Reuters) – President Donald Trump said he would make a decision on the future of U.S. Homeland Security Secretary Kirstjen Nielsen soon, the Daily Caller reported on Wednesday, with speculation rampant he would soon replace her.

“I’m looking at things. I haven’t made a decision yet,” Trump said in an interview with the conservative news outlet. “I will be making a decision on Homeland shortly. I have not made decisions yet. I will be making changes on various things.”

Asked about another possible staffing change to replace White House chief of staff John Kelly, Trump told the outlet: “We’re looking at a lot of options.”

The Wall Street Journal on Tuesday said Trump had decided to replace Nielsen but had not settled on the timing. He was also weighing replacing Kelly with Vice President Mike Pence’s chief of staff, Nick Ayers, it reported, citing unnamed U.S. officials.

The Washington Post also reported that Trump had told advisers that he wanted to remove Nielsen from her post.

Nielsen had previously served as Kelly’s chief of staff when he ran Homeland Security earlier under Trump.