SAN FRANCISCO (Reuters) – The Trump administration is again changing the way it vets people who want to sponsor minors who crossed the U.S.-Mexico border alone in an effort to speed up the release of thousands of migrant children currently in U.S. custody. 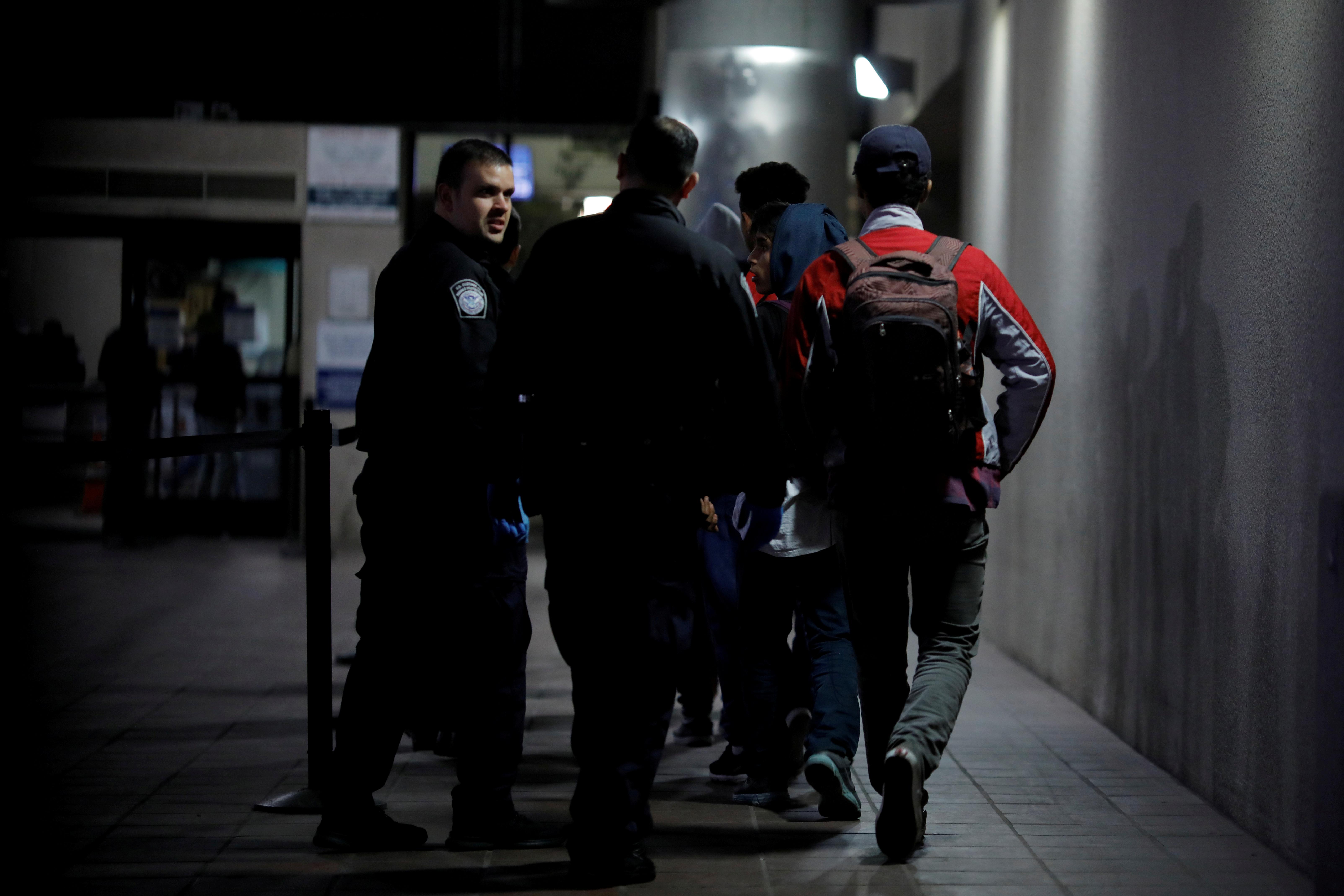 Under the change, announced to staff on Friday, the U.S. Department of Health and Human Services (HHS), which houses unaccompanied migrant children, will no longer require an immigration records check on potential sponsors already backgrounded by the Federal Bureau of Investigation (FBI).

In May 2018, HHS began routinely sending sponsors’ fingerprints to Immigration and Customs Enforcement (ICE) to check their records on potential sponsors’ immigration history, which would include any arrests for immigration violations and active deportation orders.

But reconciling the immigration background checks with the FBI records was a time consuming process for HHS staff, and the addition of the immigration checks has “not produced any substantive information,” said Evelyn Stauffer, a spokeswoman for HHS.

She said suspending the use of the immigration background checks could speed up the release of children by at least two or three days. About 13,200 children are in HHS custody, Stauffer said. In May, children spent on average 48 days in HHS shelters before being released to sponsors, she said.

Children who are released to people such as grandparents, adult siblings and cousins – to whom this change applies – tend to stay in custody longer than children released to parents, because of increased vetting requirements. In some cases, they stay in care for months.

HHS will continue to share fingerprints with ICE, who will continue to conduct background checks on potential sponsors, but under Friday’s policy change, HHS caseworkers will no longer review the results, which significantly delayed the process, Stauffer said.

The change comes as HHS says it is struggling to find shelter space to respond to a surge of mostly Central American children crossing the U.S.-Mexico border without a parent or legal guardian. Border agents apprehended 11,507 unaccompanied children in May, the highest monthly number since at least 2010, according to government data.

Unaccompanied children are transferred from border patrol custody to HHS shelters until they can be released to a vetted sponsor, usually a relative.

U.S. President Donald Trump has said unaccompanied minors are taking advantage of “loopholes” in U.S. immigration law and has proposed changing laws and regulations that put restrictions on the length of time and conditions in which children can be detained. He is pushing Mexico to do more to stop the flow of migrants through their country.

In addition to sharing information with immigration authorities, HHS in June 2018 dramatically expanded fingerprinting of sponsors.

The latest policy change, which is effective immediately, is the third time HHS has rolled back aspects of the increased vetting. In December, the agency halted the new requirement all household members be fingerprinted and in March it stopped requiring that all parents be fingerprinted.

Many sponsors of unaccompanied minors, who are usually relatives, are living in the United States without authorization and advocates say some sponsors are now more reluctant to claim children in custody because their information is shared with ICE, which enforces immigration laws.

Stauffer said HHS is opening a 1,600-bed shelter in Carrizo Springs, Texas, as soon as possible and will be announcing other sites shortly. Two military bases are also being assessed, she said.

On Wednesday, HHS said it was suspending educational, legal and recreational programs for migrant kids in custody because of budget constraints.