Home » Politics » Teachers who use term ‘white privilege’ should be reported as extremists, MP claims

Teachers who use term ‘white privilege’ should be reported as extremists, MP claims

Conservative MP Jonathan Gullis also claimed that teachers who show support for the Labour Party in the classroom should be sacked. The Stoke-on-Trent North MP’s outburst came at an event hosted by the Conservative Friends of Education during last week’s Conservative Party Conference.

Mr Guillis makes reference to the phrase “white privilege”, which is used to describe unseen advantages for people with white skin.

It typically refers to these advantages within a society where most other people are of the same ethnic background as them.

But Mr Gullis, a former teacher, claimed: “The term white privilege… is an extremist term, it should be reported to (anti-extremism programme) Prevent, because it is an extremist ideology.”

He suggested that those using the term should be reported and held accountable for their actions, with a disciplinary hearing being the “very least” of repercussions.

He went to on state that the usage of the phrase “white privilege” wasn’t “appropriate for the classroom”, and shouldn’t be “what children should be listening to”.

“Because it’s not what children should be listening to, it’s not appropriate for the classroom.

“The classroom is a place to impart knowledge, not to impart political ideology of the teacher standing in front of you.”

His comments were scrutinised by an MP from the opposition though, who claimed that white privilege is “a widely accepted fact” and that Mr Gullis’ commentary was utilised as an opportunity to “drive a wedge between working class communities”.

“These comments betray a wider desire in the Tory party to drive a wedge between working class communities, crack down on free speech in education, and impose right-wing values on teachers.

“Working class children of all races are being held back by Tory cuts, not by the teaching of racism and classism in schools.”

Footage of Mr Gullis’ speech at a fringe event in Manchester, was handed to the Mirror which shows the MP warning there should be “consequences” for “woke left” teachers allowing a “cancel culture” to “trickle in” to secondary schools.

He said: “The other way we can stop the cancel culture is by actually saying to the woke left lecturers and the woke left teachers, who seem to be becoming more and more apparent, ‘ultimately, guess what’s going to happen’.

He added: “I don’t push Conservatism in the classroom, it wasn’t an appropriate thing to do…

“For some reason, if a Labour Party member wants to stand up in front of the classroom and say how bad and evil the Tories are, then the headteacher has to take some sort of sympathetic viewpoint to that.

“It’s absolutely disgusting, we need to start sacking people who are pushing their political ideology.

“If you want to do that, join a political party, come to Stoke-on-Trent North, pay your £500 deposit, run against me at the next general election.”

The MP also raised eyebrows for his labelling of transgender people whom he referred to as “it” in a conversation about people using their preferred pronouns.

He spoke of a Q&A he had attended, and said: “the first question I got was what’s your views on pronouns, I thought what the hell are you doing.

“I’ve got no issue calling someone ‘they’ or ‘them’ or ‘it’ or whatever they want to be called.

“But ultimately I don’t believe we should have to change the language and tell all kids ‘somehow you’re transphobic if you use he or she, or you should be hounded into silence.’”

It comes as elsewhere at the Conservative Party Conference, a series of attacks were made on so-called “woke” politics.

Among those involved in the strikes were ex-minister Jake Berry who attacked civil servants for “woke-ing from home”.

Prime Minister Boris Johnson was also said to be involved, as he used his speech to take aim at “know-nothing, cancel culture iconoclasm.” 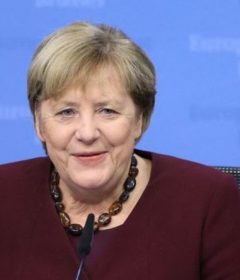 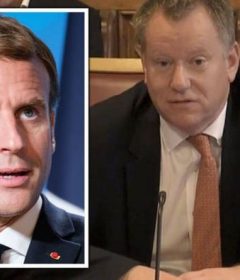 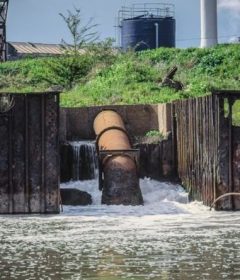