Heather Anderson, who became an SNP MP for Stirling in December, took up her seat in Brussels this week. This is despite the UK being scheduled to leave the EU on Friday. But Ms Anderson is positive she will be back in the EU chambers if Scotland is ever successful in its bid to become independent.

She told Sky News: “I am looking on these four days as the first four days, not the last.

“Scotland will apply to rejoin the European Union as soon as we have secured our independence.”

Ms Anderson added the SNP will not support the Prime Minister’s Brexit deal, despite it already being given Royal Assent.

She tweeted: “I’m here to vote against the withdrawal agreement on behalf of the people of Scotland. 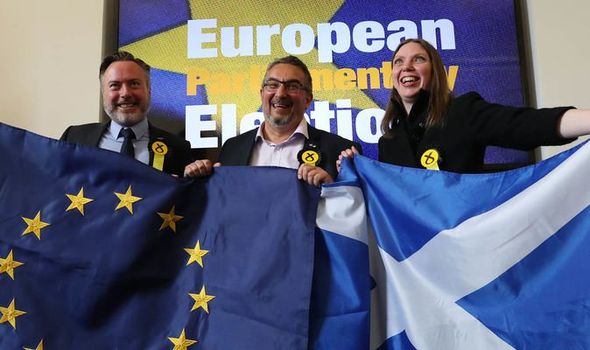 “No new office, no iPad – just democracy in action!”

“For 4 days only, but I can vote tomorrow in the debate on the withdrawal agreement.

“So important that our vote is heard.

“I don’t say this often, but thank you Mr Gove for finally doing the right thing.” 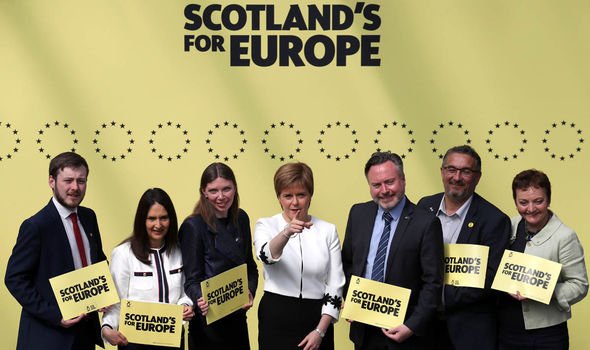 Ms Anderson took over from former SNP MEP Alyn Smith, who had served for 15 years.

This means Mr Smith had to step down and Ms Anderson was next in line on the SNP’s 2019 European list for the seat.

DON’T MISS
German panic as industry chiefs say no deal ‘still on the table’ [INSIGHT]
EU news: What is happening in the EU today? When is Farage leaving? [EXPLAINED]
Brexit Party news: What will happen to Brexit Party MEPs now? [REVEALED] 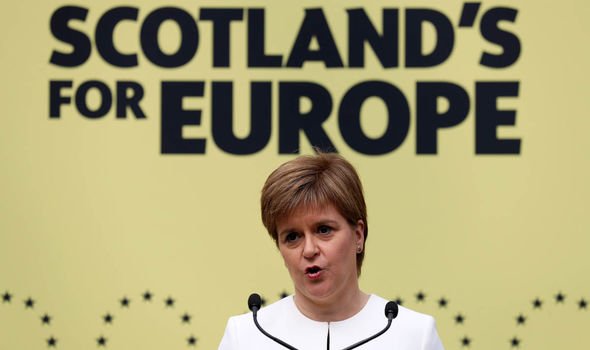 However, she will not be eligible for any payoff or pension for the role.

British MEPs are all preparing to leave their roles at the end of this week.

Many have been pictured preparing to pack up their belongings before returning to the UK.

But first, the will join other MEPs to formally approve the Withdrawal Agreement. 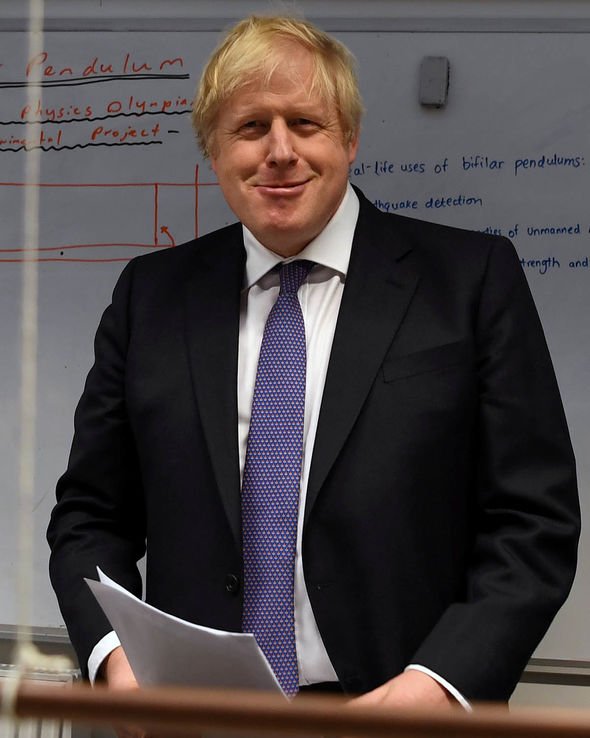 This will be the icing on the cake for Britain’s EU departure.

The European Parliament will meet for a special session at 2pm GMT, following speeches to mark Holocaust.

The Parliament’s Brexit coordinator Guy Verhofstadt will then open a Brexit debate.

MEPs will then vote at around 5 pm GMT to approve the Withdrawal Agreement.