The Sun defence editor Jerome Starkey argued Putin and the key decision makers around him “were not being told the truth about the resistance and welcome they were going to face” in Ukraine. He explained Putin was expecting “a lightning advance to capture the capital Kyiv, but instead [Russian troops] met ferocious resistance and that came as a surprise”. Referring to Russia’s latest territorial gains in Ukraine, he argued that since the last significant captures made in Severodonetsk and Luhansk province, “we haven’t seen [Russians] making significant ground” and added Russia has “nearly exhausted large stockpiles of weapons and particularly its most sophisticated high tech weapons”.

Mr Starkey told Times Radio: “In the build up to this conflict, Vladimir Putin and the key decision makers around him were not necessarily being told the truth about the sort of resistance and indeed the sort of welcome they were or were not going to face when they invaded Ukraine in February.

“Clearly, Russia is being forced to improvise because in the words of Richard Moore, it’s running out of steam.

“[Russian troops] were expecting this lightning advance to capture the capital Kyiv to try and topple President Zelensky’s government. 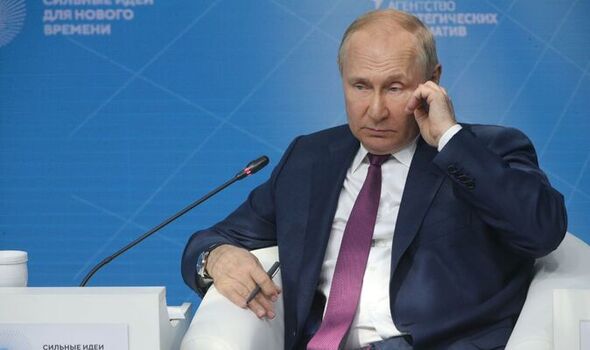 “Instead, they met ferocious resistance and that came as a surprise.

“It’s also used up and nearly exhausted large stockpiles of weapons and particularly its most sophisticated high tech weapons.

“They’re struggling to replenish those because many of the rely on high tech foreign parts, particularly computer chips. 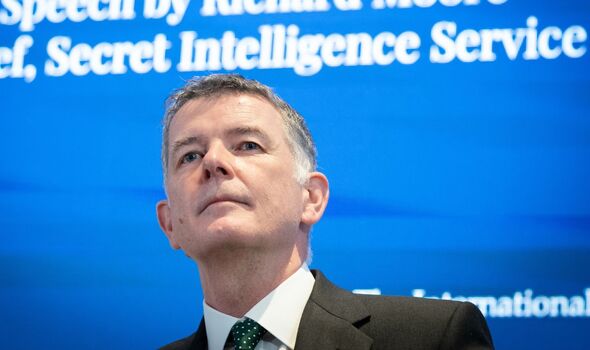 “They are often imported from placed like South Korea, the United States and Europe.”

Referring to Russian latest advance in east of Ukraine, he said: “It is really just inching forward a few miles a day over the last week or so in the East.

“Since they made those significant captures of Severodonetsk and Luhansk province, we haven’t seen them making significant ground.

“Richard Moore was suggesting that this will allow the Ukrainians to make a counter attack. 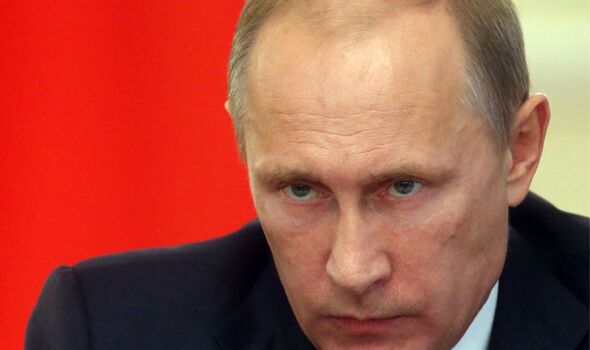 “Indeed, what I was saying about weapons running out has been echoed this morning by the Ministry of Defence.

“In their intelligence update, they’re pointing out that Russia is now using air defence missiles in a ground attack mode.

“These are very sophisticated missiles designed to intercept planes or missiles in the sky, but they have relatively small explosive warheads, which means that when they’re fired against buildings they’re significantly less effective”.

The comments came together with an assessment from the chief of the UK Secret Intelligence Service (MI6) Richard Moore who claimed that Putin “is running out of steam” in Ukraine.

Speaking at the Aspen Security Forum in the US, Mr Moore said: “I think [Putin] has suffered a strategic failure in Ukraine. It is obviously not over. He has obviously made, and the Russian forces have made, some incremental progress over recent weeks and months but it is tiny amounts.

“We are talking about a small number of miles of advance. When they take a town, there is nothing left. It is obliterated.

“I think they are about to run out of steam. I think our assessment is that the Russians will increasingly find it difficult to supply manpower over the next few weeks.

“They will have to pause in some way and that will give Ukrainians opportunities to strike back. Their morale is still high. They are starting to receive increasing amounts of good weaponry”.