Westminster is currently being dominated by the race to replace Mrs May at Number 10 and today’s PMQs is likely to be overshadowed by the launch of Boris Johnson’s Tory leadership election campaign. But Labour is also in turmoil after Mr Corbyn was given a rough ride at a meeting of MPs over his party’s disastrous performance at last month’s European elections, the long-running anti-semitism scandal and allegations that harassment claims were hushed up. 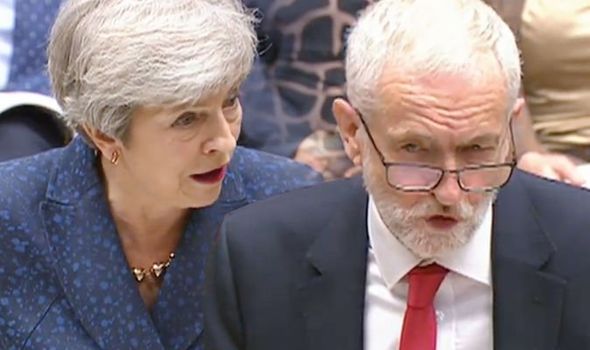 See below for live updates:

Mr Corbyn starting PMQs with a quote by Anne Frank, the young wartime victim of Nazis, who would have turned 90 today.

His remarks received and immediate backlash on social media.

Another Twitter user wrote: “Corbyn used Anne Frank for self-aggrandising, blatantly virtue-signalling electoral gain, without an acknowledgement of his own failings in dealing with the same problem that caused her death. Disgusting.

“I hope Labour’s MPs will react to this. I am more and more ashamed of my party.” 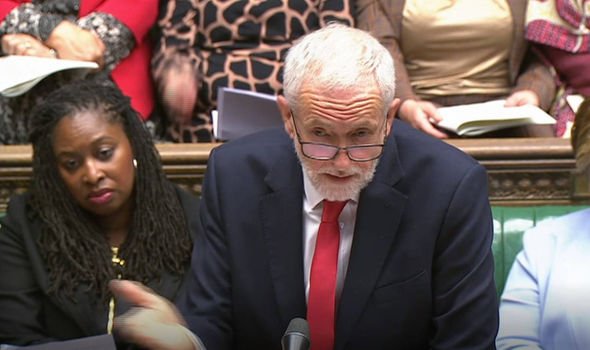 Mr Corbyn told the Commons the country was in crisis and accused the Conservative Party of “foisting a new Prime Minister on the country without the country having a say”.

He said: “The country is in crisis over Brexit – manufacturing is in crisis. And the Tory Party is in the process of foisting a new PM on this country without a general election.”

He said: “Ford announced it would end production at Bridgend, and said no deal Brexit would put 6,000 jobs at risk. Nissan, Toyota, BMW and Jaguar Land Rover say similar.

“Will the Prime Minister reiterate that a no deal Brexit would be a disaster for Britain.