WASHINGTON (Reuters) – Warning that American democracy is at stake, U.S. House of Representatives Speaker Nancy Pelosi said on Thursday she has asked a House committee to draft articles of impeachment against President Donald Trump, a historic step that sets up a fight over whether to oust him from office.

Speaking in somber tones in a televised statement, Pelosi accused the Republican president of abusing his power and alluded to Britain’s King George III, the monarch against whom the American colonies rebelled in forming the United States in 1776, saying in the United States “the people are the king.”

“Our democracy is what is at stake. The president leaves us no choice but to act because he is trying to corrupt, once again, the election for his own benefit. The president has engaged in abuse of power, undermining our national security and jeopardizing the integrity of our elections,” said Pelosi, the top Democrat in Congress.

At the heart of the Democratic-led House’s impeachment inquiry that Pelosi opened in September is Trump’s request that Ukraine launch an investigation targeting Joe Biden. The former vice president is a top contender for the Democratic nomination to face Trump in the November 2020 U.S. presidential election.

“Sadly, but with confidence and humility, with allegiance to our founders and our heart full of love for America, today I am asking our chairman to proceed with articles of impeachment,” Pelosi said.

Pelosi was referring to Jerrold Nadler, whose House Judiciary Committee has the responsibility of drawing up the formal charges that would later be voted upon by the full House.

Two people knowledgeable about the process said the panel could draft and recommend the articles of impeachment to the full House as early as Dec. 12. Democrats said lawmakers would be working through the weekend to get them written.

If the House passes articles of impeachment as expected, that would lead to a trial in the Senate on whether to convict Trump and remove him from office. Trump’s fellow Republicans control the Senate and have shown little support for his removal.

Trump, who has denied wrongdoing, reacted to Pelosi’s announcement on Twitter by writing, “The Do Nothing, Radical Left Democrats have just announced that they are going to seek to Impeach me over NOTHING.”

“The good thing is that the Republicans have NEVER been more united. We will win!” Trump said.

Pelosi’s announcement was a clear signal that she believes that the Democrats have the votes in the 435-seat House to win passage of articles of impeachment. She acted after receiving overwhelming support in a meeting with House Democrats on Wednesday night, a source familiar with the meeting said.

The impeachment drama is unfolding at a time of deep partisan divisions in Washington and across the United States that have widened during Trump’s tumultuous presidency.

Republicans accuse Democrats of conducting a witch hunt and trying to overturn the results of the 2016 election. They have described Trump’s actions as aimed at weeding out corruption in Ukraine, not getting political dirt on Biden. They also argue that the inquiry has failed to produce first-hand evidence showing Trump made U.S. aid to Ukraine or a White House meeting for Ukraine’s president contingent on Kiev pursuing the investigations.

The focus of the inquiry is a July 25 telephone call in which Trump asked Ukrainian President Volodymyr Zelenskiy to open an investigation into Biden and his son Hunter and into a discredited theory promoted by Trump and his allies that Ukraine, not Russia, meddled in the 2016 U.S. election.

Hunter Biden had joined the board of Ukrainian energy company Burisma while his father was vice president. Trump has accused the Bidens of corruption without offering evidence. They have denied wrongdoing and the claims have not been substantiated.

Democrats have accused Trump of abusing his power by withholding $391 million in security aid to Ukraine – a vulnerable U.S. ally facing Russian aggression – as leverage to pressure Kiev into conducting investigations politically beneficial to Trump and granting Zelenskiy a coveted White House meeting. The money was provided to Ukraine in September after the controversy had spilled into public view. 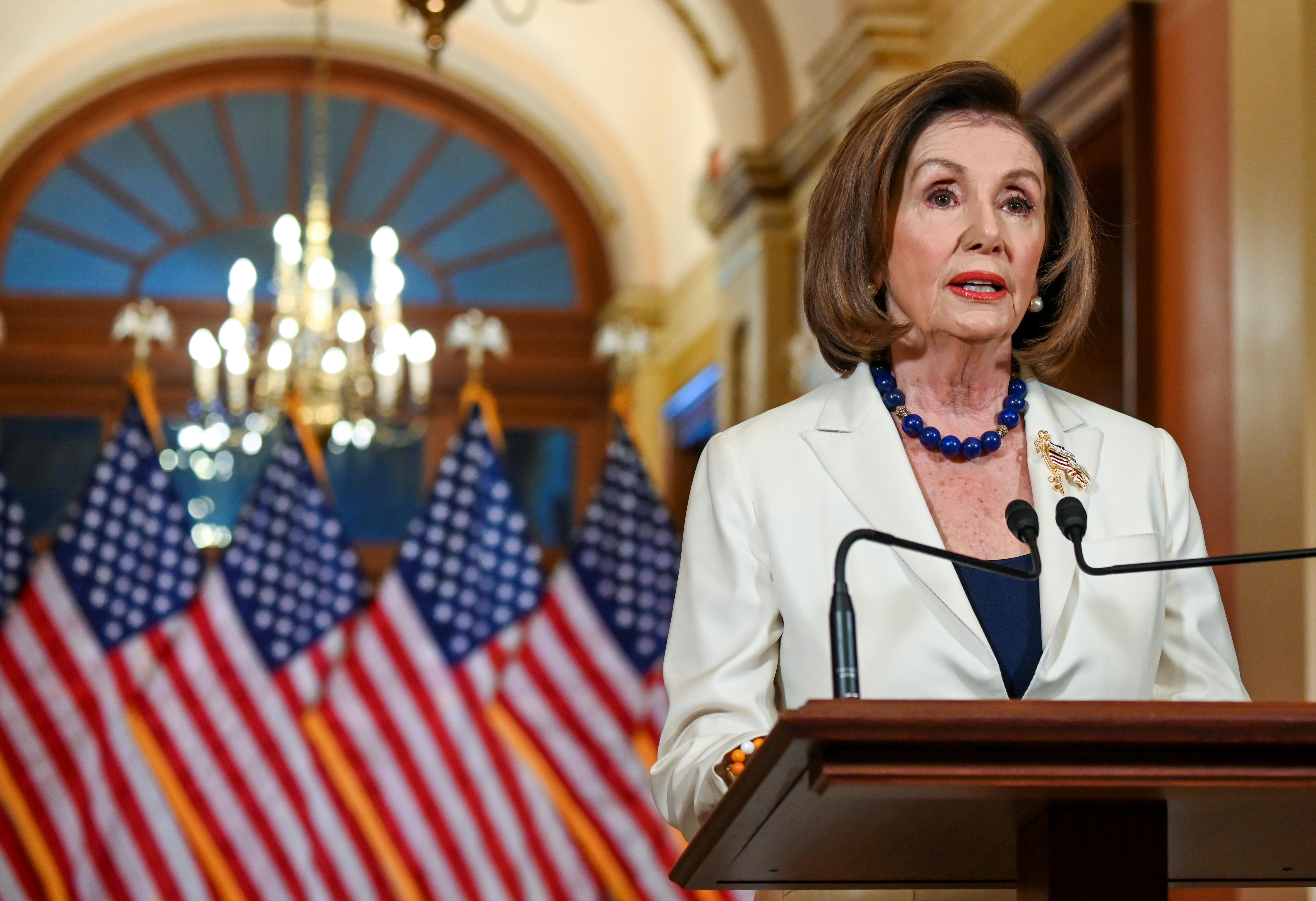 The Judiciary Committee will hear presentations by legal counsels for both parties on Monday. On Wednesday, it held a hearing in which three constitutional law experts called by Democratic lawmakers said Trump had committed impeachable offenses. A fourth expert called by Republicans called the impeachment inquiry slipshod and rushed.

Nadler has given Trump until 5 p.m. (2200 GMT) on Friday to say whether he or his legal counsel will participate in upcoming proceedings by calling witnesses, introducing evidence and making a presentation. Nadler has given committee Republicans the same deadline to request witnesses.

The U.S. Constitution, as part of its system of checks and balances among the three branches of the federal government, empowers the House to impeach a president for “treason, bribery or other high crimes and misdemeanors.”

“When crafting the Constitution, the founders feared the return of a monarchy in America. And having just fought a War of Independence, they specifically feared the prospect of a king-president corrupted by foreign influence,” Pelosi said.

“In America, no one is above the law,” Pelosi added.

During a testy news conference later in the day, Pelosi took exception to a reporter’s question as to whether she “hated” Trump.

“As a Catholic, I resent your using the word hate in a sentence that addresses me. I don’t hate anyone,” Pelosi said, adding that she prays for Trump. “So don’t mess with me when it comes to words like that.”

No U.S. president has ever been removed from office through impeachment. Republican Richard Nixon resigned in 1974 after the House began the impeachment process in the Watergate corruption scandal.

Two other presidents were impeached by the House but acquitted by the Senate. 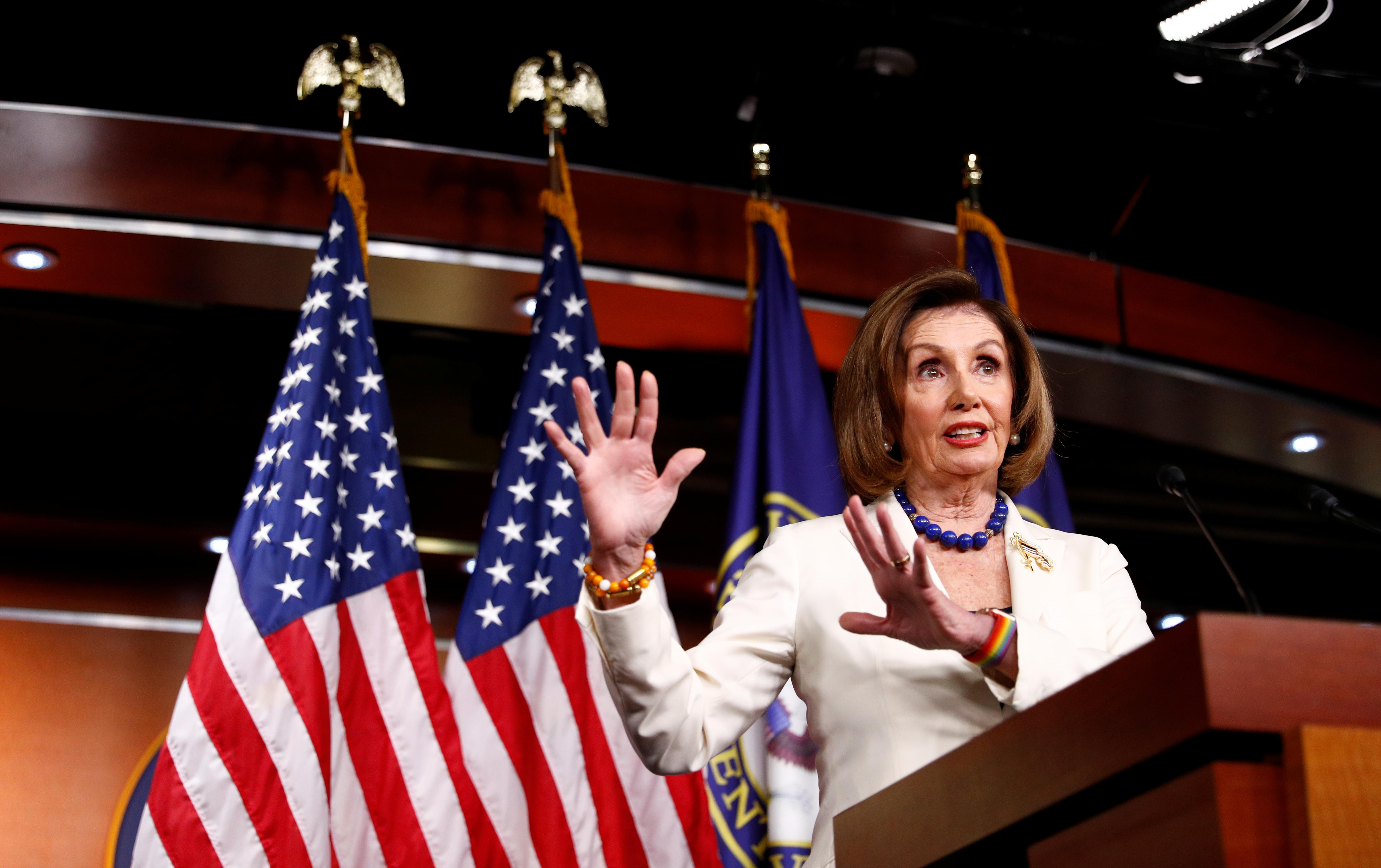 In 1998, a Republican-led House passed articles of impeachment against Democratic President Bill Clinton, charges arising from a sexual relationship he had with a White House intern. The other president impeached by the House but left in office by the Senate was Andrew Johnson in 1868, three years after the U.S. Civil War.

Asked if he was concerned that impeachment would tarnish his legacy, Trump told reporters at the White House, “No, not at all, not at all. It’s a hoax, it’s a big fat hoax.”