The NHS crisis appears to be causing problems for Rishi Sunak, as a new poll conducted for the Daily Express has shown the public supports Sir Keir Starmer’s plan for tackling the problem. Writing in the Telegraph last week, the Labour leader said he wants to be “ruthless with the bureaucratic nonsense you encounter every day in the health service”. He said he will be pushing for patients to self-refer to secondary care without needing a referral from a GP.

Last week, shadow health secretary Wes Streeting also laid out plans for patients to self-refer to secondary care, with GPs no longer being the “sole gatekeeper” for specialist services.

A poll, from Techne UK, asked adults whether they agree with the Labour party’s plans to allow people to refer themselves for specialist treatment and bypass GPs.

Nearly half (45 percent) of people said yes, while 29 percent said no.

Some 31 percent of people said they do not know.

There was more support for the proposals among Labour voters, with 52 percent of people who voted for the party in 2019 backing Sir Keir’s plans.

Meanwhile, of those who voted for the Conservative Party in 2019, just 38 percent of people backed his proposals.

However, Dr Lizzie Toberty, who leads the Doctors’ Association UK, said Sir Keir’s ideas could be “downright unsafe” for patients.

She added: “It is clear Labour leaders have not spoken to any doctors in developing their ideas, and it appears the NHS will be no better off under them than the current Government.”

Meanwhile, Dr Martin Brunet, a GP and medical educator from Guildford, described it as a “terrible idea”.

He explained: “This is because primary care and secondary have a totally different approach since we see a different cohort of patients.

“Apply secondary care principles to the patients a GP sees and costs would skyrocket.”

Sir Keir’s proposals come as the crisis in the NHS continues to escalate, as post-Covid backlogs and continuing strike action wreak havoc in the service.

Nurses took part in their third round of industrial action this week, staging stoppages lasting up to 13 hours from 7.30am until 8.30pm on Wednesday and Thursday.

The industrial action took place at 55 NHS trusts across England and Wales.

The RCN has demanded a 19 percent pay rise – five percent above inflation – which has been dismissed as “unaffordable” by the Government.

Speaking about the upcoming walkouts, RCN General Secretary Pat Cullen said: “The Government had the opportunity to end this dispute before Christmas, but instead they have chosen to push nursing staff out into the cold again in January.

“I do not wish to prolong this dispute, but the Prime Minister has left us with no choice.

“The public support has been heart-warming and I am more convinced than ever that this is the right thing to do for patients and the future of the NHS.”

She added that the “voice of nursing will not be ignored” and that the “sooner ministers come to the negotiating table, the sooner this can be resolved”. 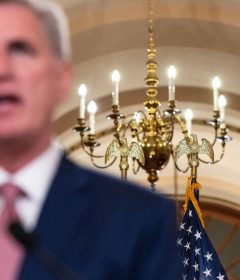 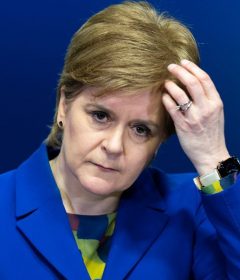