The former Labour leader took to the social media platform to promote an online event he is speaking at on Wednesday evening (June 24). The event, entitled Brazil’s Coronavirus Catastrophe, will also feature contributions from Dilma Rousseff, who was President of the South American country from January 2011 until her impeachment and removal from office on August 31, 2016. Brazil’s Coronavirus Catastrophe event page on Facebook says: “Join this important solidarity event!

“He has recklessly refused to put people and health first. Brazil now has the second-highest number of cases in the world and rising.

“The Pan American Health Organization has issued an alert regarding the fast-spreading of COVID-19 in the Amazon.

“Opposition continues to grow to Bolsonaro’s inhumane response to the pandemic across society. 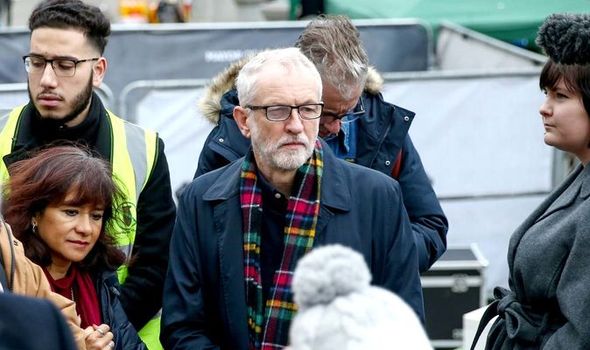 “Hear the latest from Brazilian speakers and express your solidarity with the people of Brazil in their struggle against Bolsonaro and the threat he poses to public safety. Their fight is our fight.”

Mr Corbyn took to Twitter to promote the event on his own page, and wrote: “People and health must come before private profit.

“To make that happen internationalism is vital – and that means standing with the people of Brazil in their struggle against Bolsonaro.

“I will be speaking at this event on Wednesday.”

But the former Labour leader quickly sparked a furious response from dozens of people.

One said: “Any chance you can move to Brazil?” to which one person replied: “No mate we don’t want that dead wood here. We are still trying to get rid of ours.”

Another Twitter user eluded to Labour’s baffling position on Brexit under Mr Corbyn’s leadership and the party’s disastrous performance in December’s general election.

They commented: “Where was your internationalism when your item country was voting in the Brexit referendum?

“Didn’t have much to say about it then. You handed the win to the Tories.”

A third person wrote: “Thank God UK woke up and did not vote you in!!!! You would jeopardise all hard work of British people.”

One furious Twitter user also said: “It’s globalism that got us into this mess.

“Stay out of other people’s affairs, Jeremy. You’ve enough to be going on with in Britain.”

Brazil’s President Mr Bolsonaro is under huge pressure, with the coronavirus crisis in Latin America’s largest economy continuing to spiral out of control.

He has been attacked for not taking the virus seriously enough and pushing for a reopening of the Brazilian economy – even thought the infection and death rates are still steadily rising.

More than 1.1 million people in Brazil have now been infected with COVID-19, after the country confirmed 39,436 new cases on Tuesday.

The death toll has surged beyond 52,000 after an additional 1,374 people died from coronavirus.

On Wednesday, the International Monetary Fund (IMF) warned global output to shrink by 4.9 percent, compared with a three percent contraction predicted in April.

The recovery next year will also be slower, the institution has said, with global growth forecast at 5.4 percent for the year compared to 5.8 percent in the forecast two months ago.

Latin American economies saw some of the largest downgrades, with Brazil’s economy now expected to shrink 9.1 percent in 2020.