Boris Johnson has been warned that he risks “taking back control from Brussels” only to “hand it over to Beijing”, as he comes under further pressure not to allow Huawei to build Britain’s 5G network.

The government is expected to make a decision this week on whether to allow the Chinese company a role in creating the UK’s newest mobile broadband infrastructure.

Critics allege Huawei has close links to the Chinese government and its equipment could be used for espionage purposes – something the company has always denied. 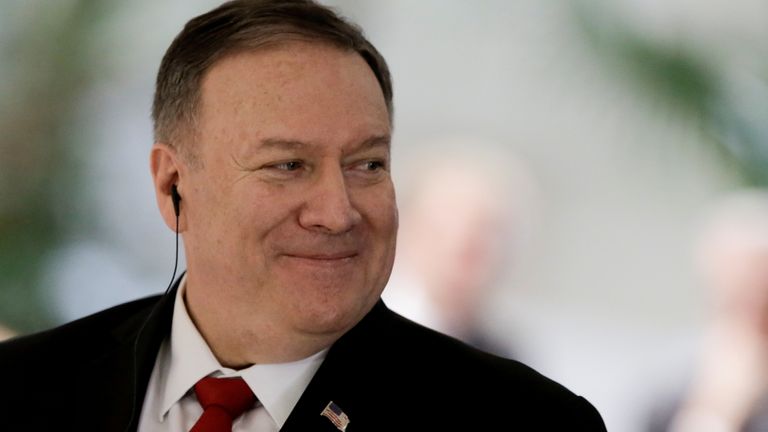 Donald Trump has suggested intelligence-sharing cooperation with Britain could be at risk if Huawei is given a 5G role.

The US president has previously put trade restrictions on Huawei in America.

US Secretary of State Mike Pompeo heightened the pressure on the prime minister over the issue as he described how “the UK has a momentous decision ahead on 5G”.

In a tweet on Sunday night, Mr Pompeo repeated comments from Conservative MP Tom Tugendhat, who was chair of the House of Commons foreign affairs committee prior to the general election.

Mr Pompeo added: “British MP Tom Tugendhat gets it right: ‘The truth is that only nations able to protect their data will be sovereign.'”

He also linked to a Mail on Sunday article by Mr Tugendhat, in which the Tory politician warned of “grave” repercussions in allowing Huawei to build the UK’s 5G network.

Mr Tugenhadt told Sky News on Monday that “protecting data is just as important as protecting soil” in defending the “sovereign interest of the British people”.

He said: “If we don’t control our own infrastructure architecture, if we’re not certain that we know where all the code is leading, we risk losing control of our own data.”

Ahead of the UK’s departure from the EU on Friday night, Mr Tugenhadt added: “This is one of those cases where if we get it wrong we will pay for it for many, many years and effectively we’ll have taken back control from Brussels at the risk of handing it over to Beijing.”

He admitted Huawei technology was cheaper than alternatives, but highlighted how there were a number of companies installing 5G networks across the globe.

“It’s pretty striking that even a communist country like Vietnam, that has been traditionally close to China, has decided that the risk from Huawei is too great and they are going to be running their own system,” Mr Tugenhadt said. 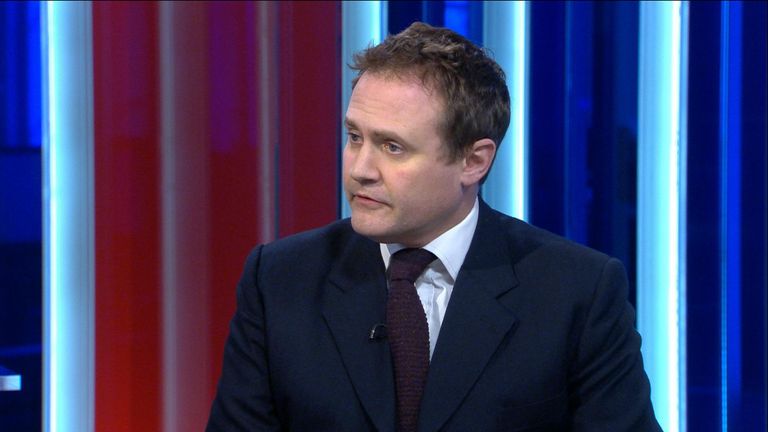 Labour leadership contender Sir Keir Starmer called on the prime minister to make a statement to parliament ahead of this week’s expected decision.

“He’s done a bit of a runner, has Boris Johnson, he’s not around, he’s not leading from the front,” the shadow Brexit secretary told Sky News.

“He needs to come to parliament, make a statement and face questions about this.”

Universities and science minister Chris Skidmore stressed Mr Johnson would be basing his decision on the advice of top experts who brief the National Security Council (NSC) with information that is “not in the public domain”.

The NSC is expected to meet on Tuesday to discuss the issue, with the Financial Times reporting the government could subsequently approve a “restricted role” for Huawei in Britain’s 5G network.

Mr Skidmore said: “It’s a respected institution with individuals who have worked all their lives in national security environments and they’ll be able to make the right decisions.”

He also suggested the considerations over Huawei would have to be balanced against the Tories’ general election manifesto commitment to “scale-up our 5G connections” and to put broadband into “every corner of the UK”.

Brexit Night Live: Watch and follow the moment Britain exits the EU with a special programme from 9pm on Friday 31 January