Home » Politics » House panel chair: 'No choice' but to hold Barr in contempt

House panel chair: 'No choice' but to hold Barr in contempt

WASHINGTON (Reuters) – A U.S. House panel was poised to vote on Wednesday to hold Attorney General William Barr in contempt for defying a congressional subpoena that demanded the full, unredacted report by special counsel Robert Mueller. 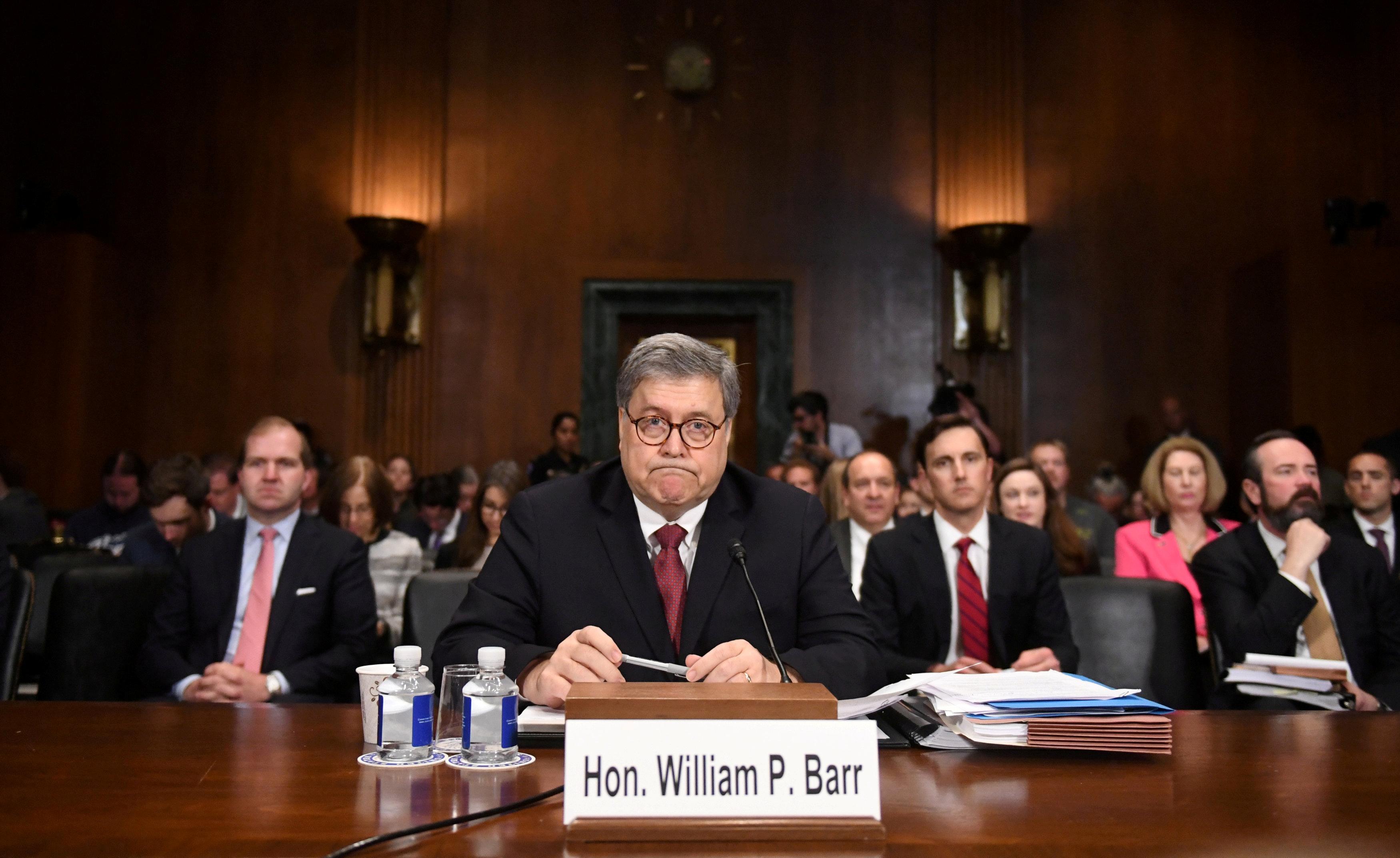 “We have no choice,” House Judiciary Committee Chairman Jerrold Nadler told CNN in an interview on Wednesday.

Nadler said he expected the full House to back it and that it was Congress’ right to oversee the White House as a co-equal branch of government: “Otherwise, we have a monarchy.”

House Speaker Nancy Pelosi, in a Washington Post interview on Wednesday, agreed Barr should be held in contempt.

The fight over the complete report is just one aspect of a struggle between President Donald Trump and the Democrats investigating him, his business interests and administration, that seems destined for the courts, presenting political risks for both sides ahead of the 2020 presidential and congressional elections.

The judiciary panel was set to meet at 10 a.m. EDT (1400 GMT) and vote on a resolution recommending that the full House of Representatives find Barr in contempt of Congress. Panel staff and Justice Department officials worked behind the scenes in the hopes of a deal to avert the proceedings.

Late on Tuesday, the Justice Department threatened to call on Trump to invoke executive privilege to completely withhold the unredacted report from Congress if House Democrats pushed ahead.

Nadler blasted the department for abruptly breaking off “good faith negotiations” to invoke such privilege and said its legal arguments lacked “credibility, merit, or legal or factual basis.”

“This kind of obstruction is dangerous,” he said in a statement late on Tuesday.

Barr released a redacted version of Special Counsel Robert Mueller’s report on his 22-month investigation into Russian election meddling in the 2016 presidential campaign.

Nadler subpoenaed the full document and underlying evidence, saying the material was necessary for lawmakers to determine whether Trump obstructed justice by trying to upend the Mueller probe. Barr missed two subpoena deadlines for turning over the material, the latest on Monday.

“We remain unanimously determined on our side of the aisle to get the unredacted report, as we’ve demanded,” Representative Jamie Raskin, a Democrat on Nadler’s committee, told reporters.

The redacted Mueller report details extensive contacts between Trump’s 2016 campaign and Moscow, but did not find there was a conspiracy between Moscow and the campaign. The report also describes actions Trump took to try to impede Mueller’s investigation.

On Tuesday, the Trump administration stymied a separate effort by House Judiciary Committee Democrats to subpoena records from former White House counsel Don McGahn, directing him not to provide the documents sought by the panel.

McGahn was a star witness in Mueller’s Russian investigation, as well as Trump’s subsequent attempts to impede the probe.

Mueller’s report said McGahn told investigators that Trump unsuccessfully pressured him to remove Mueller and then asked him to deny that Trump had done so. The accounts are based partly on the documents sought by House Democrats.

The Trump administration has refused to cooperate with congressional probes in at least a half-dozen instances, including Treasury Secretary Steven Mnuchin’s decision on Monday to deny a request for Trump’s tax returns from the Democratic chairman of the House tax committee.

Pelosi told the Post it would be up to House Ways and Means Committee Chairman Richard Neal to decide the next steps over the tax return issue.

However, in a rare show of bipartisanship, Democrats and Republicans on the House Intelligence Committee pressed the Justice Department and the FBI, in an April 25 letter, to turn over an unredacted copy of the Mueller report and “all classified and unclassified” evidence relating to foreign spying or counterintelligence.

Congressional officials circulated copies of the letter on Tuesday. One official said the panel would soon begin a “compulsory” process to obtain the material unless there was more cooperation from the Justice Department.