WASHINGTON (Reuters) – The Democratic chairman of the U.S. House Oversight Committee on Wednesday accused President Donald Trump of a “massive, unprecedented, and growing pattern of obstruction” after he ordered federal employees not to comply with congressional investigations.

The Republican president ordered officials not to obey legal requests from the Democratic-led House of Representatives, which is carrying out multiple investigations of his administration, including his tax returns, White House security clearances and the probe of Russian interference in U.S. politics.

“President Trump and Attorney General (William) Barr are now openly ordering federal employees to ignore congressional subpoenas and simply not show up – without any assertion of a valid legal privilege,” Representative Elijah Cummings, who chairs the House Oversight Committee, said in a statement.

“This is a massive, unprecedented, and growing pattern of obstruction,” Cummings added, warning federal employees to “think very carefully about their own legal interests” in refusing to comply with the panel’s requests.

The president vowed to resist every subpoena from House Democrats investigating his administration and to fight any effort by them to impeach him. Trump’s removal from office is most unlikely barring a change of heart by his fellow Republicans, who hold a majority in the U.S. Senate.

Trump filed a lawsuit earlier this week to prevent material from being turned over to lawmakers, and on Wednesday the Justice Department rebuffed a House committee’s request for an interview with an official involved in the administration’s decision to put a citizenship question on the 2020 census.

The department said John Gore, a deputy assistant attorney general in the Civil Rights Division, would not participate in a deposition scheduled for Thursday if he could not have a Justice Department lawyer at his side. The committee had offered to allow a lawyer to sit in a different room.

Cummings said the committee would gather to hear Gore’s deposition on Thursday and suggested he “should be well aware of his constitutional, legal and ethical obligations to comply with a duly authorized subpoena” from Congress.

‘WE’RE FIGHTING ALL THE SUBPOENAS’

“We’re fighting all the subpoenas,” Trump told reporters at the White House.

Trump also promised to fight all the way to the Supreme Court against any effort by congressional Democrats to impeach him, even though the U.S. Constitution gives Congress complete authority over the impeachment process.

Under the Constitution, Congress is a co-equal branch of government alongside the executive branch and the judiciary. 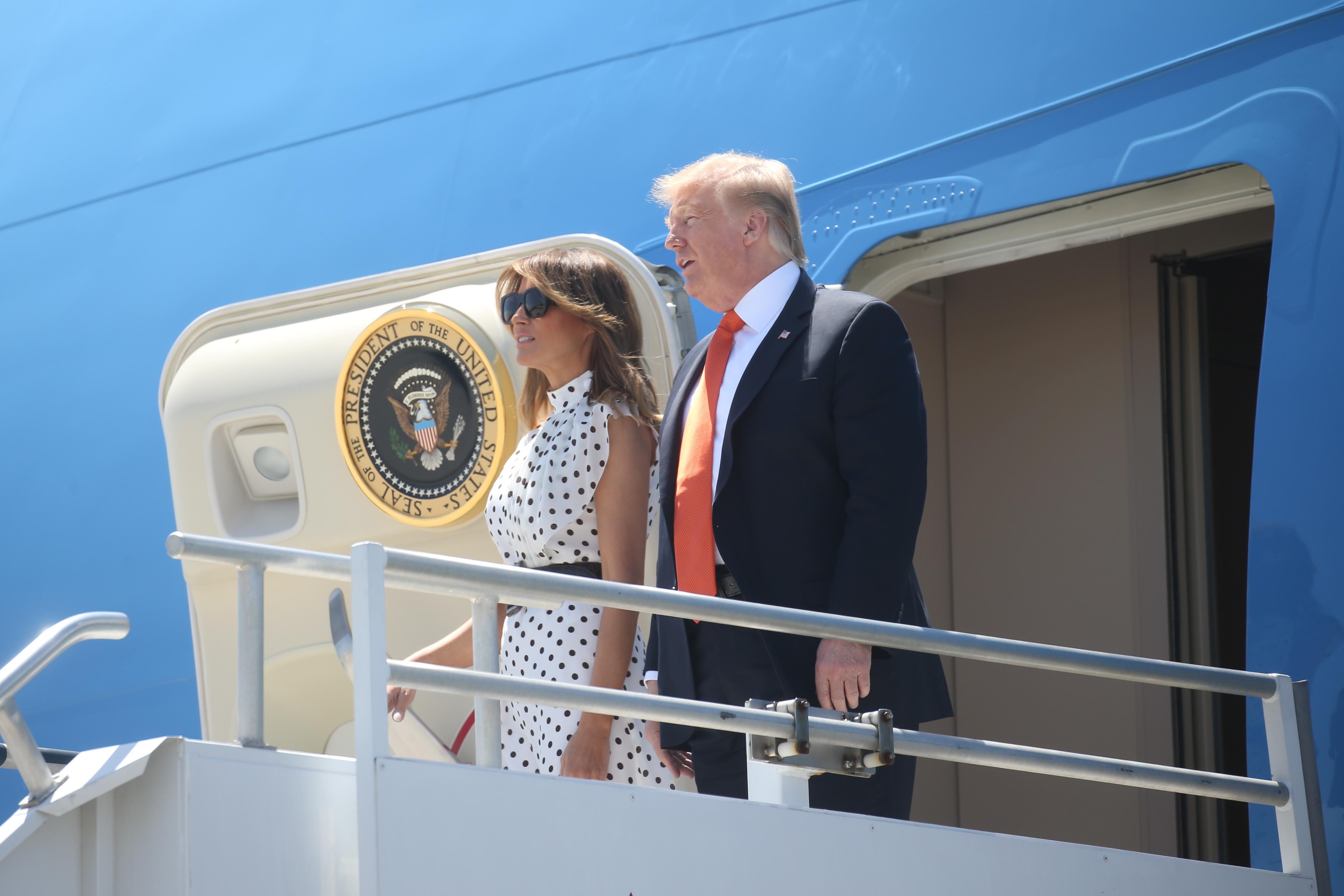 But Trump has increasingly accused Democrats of conducting the Russia investigation for purely political purposes ahead of the 2020 election. He has stepped up those accusations since the release of Special Counsel Robert Mueller’s report on his probe into Russian interference in the 2016 election.

Democrats remain divided on whether to proceed with Trump’s impeachment after the Russia inquiry. Trump defiantly proclaimed on Twitter that the investigation “didn’t lay a glove on me.”

“If the partisan Dems ever tried to Impeach, I would first head to the U.S. Supreme Court,” the Republican president, who is seeking re-election next year, said on Twitter without offering details about what legal action he envisioned.

In an opinion piece in the Washington Post, Hillary Clinton, the Democrat who Trump defeated in 2016, urged members of both parties to follow the facts, whether they lead to “the eventual filing of articles of impeachment, or not.”

“Either way, the nation’s interests will be best served by putting party and political considerations aside and being deliberate, fair and fearless,” she wrote.

Mueller’s findings, released in a redacted report last week, detailed how Trump often tried to impede the inquiry but it stopped short of concluding he had committed the crime of obstruction of justice. The report said Congress could address whether the president violated the law.

Mueller separately found insufficient evidence to conclude that Trump’s campaign engaged in a criminal conspiracy with Russia in the 2016 presidential race.

But Democrats have vowed to move ahead full steam with their investigations of Trump, which could produce more evidence that could be used in an impeachment proceeding.

The Constitution empowers Congress to remove a president from office for “treason, bribery or other high crimes and misdemeanors.” The House is given the power to impeach a president – bring formal charges – and the Senate then convenes a trial, with the senators as jurors, with a two-thirds vote needed to convict a president and remove him from office.

The Constitution gives no role to the Supreme Court in impeachment, though it does assign the chief justice the task of presiding over the Senate trial. Conservative John Roberts currently serves as chief justice.

That would not preclude Trump from proceeding with litigation to tie up the issue in the courts, despite Supreme Court precedent upholding congressional impeachment power. In 1993, the nation’s top court ruled 9-0 in a case involving an impeached U.S. judge that the judiciary has no role in the impeachment process. Laurence Tribe, a constitutional law professor at Harvard who has been critical of Trump, said the U.S. founding fathers had considered but ultimately scrapped the idea of allowing the Supreme Court to have any role in the impeachment process.

“Not even a SCOTUS filled with Trump appointees would get in the way of the House or Senate,” Tribe said in a series of tweets on Wednesday.