Michel Barnier hit out at the UK after confirming the latest round of Brexit trade talks had concluded without any significant breakthrough on a future deal. Mr Barnier insisted the European Union continued to be clear about its position as he warned the UK the bloc’s stance remained unchanged since 2017. The EU chief negotiator claimed the UK negotiating team had shown “no willingness” to take on Brussels’s priorities despite Boris Johnson pledging to speed up talks in order to secure a deal by December 2020.

Mr Barnier added: “Given the short time left, what I said in July remains true.

“Today, at this stage, an agreement between the UK and European Union seems unlikely.” 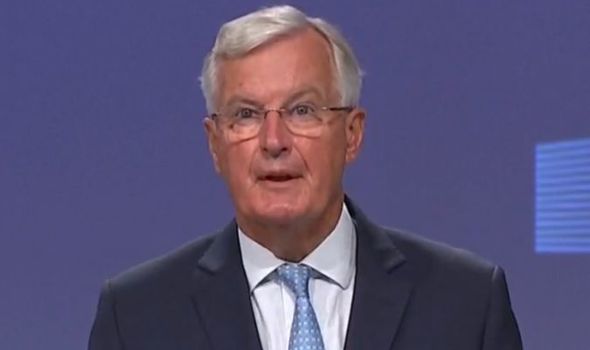