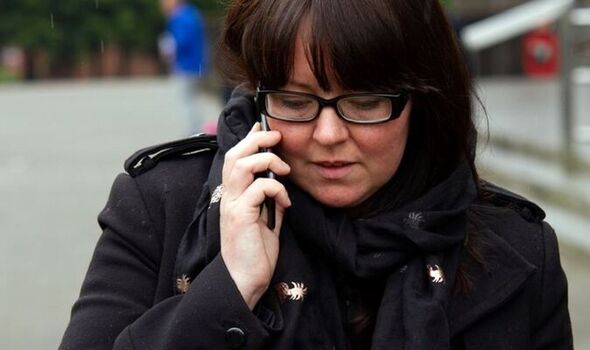 She was also found guilty of a second charge of taking money between April 9, 2014 and August 10, 2015 when she was treasurer, secretary and convener of the Glasgow Regional Association of the SNP.

Several witnesses gave evidence in court during the trial lasting a month-and-a-half.

These included current Scottish Health Secretaries Humza Yousaf and Jeane Freeman, who held the same role from June 2018 until May 2021.

Ms McGarry of Clarkston, East Renfrewshire, denied both charges against her.

It was alleged during the trial at Glasgow Sheriff Court that Ms McGarry spent some of the money on expenses such as rent and shopping.

Her defence team admitted that her finances were “disorganised” and “chaotic”.

During the trial, the former SNP MP said “thousands” of pounds in pro-independence group expenses would have been paid in cash.

The court heard only records of items that cost over £200 had to be kept for the Electoral Commission, and she lost some records when her phone was seized by police.

Ms McGarry, who was not an accountant and had linked campaign PayPal accounts to her own bank account to manage the finances, said he was receiving about £1,500 to £1,600 a month from her father and aunt, a former MSP, at the time.

A grand total of £66,029 was put into her account from WFI sources.

The WFI launched a financial probe that took place in late 2015 found an income and expenditure gap of £31,824 and the matter was reported to the police.

Sheriff Tom Hughes deferred sentencing the former MP until next month so background reports could be prepared and continued her bail.

He said: “As a result of all the available information to them and your involvement in working with these organisations, you were successfully nominated for potential election on two separate occasions.

“You were successfully a member of parliament and as all this was going on the jury established you were involved in embezzling funds from these organisations.

“This was a very serious breach of trust which the organisations placed on you.”