The European elections, which many thought – or hoped – Britain would not have to take part in is only nine days away. Britons, as well as qualified EU citizens, will elect 73 MEPs to represent the 12 UK electoral regions at the European parliament on May 23. Britain’s partaking in the elections came as Prime Minister Theresa May failed to deliver Brexit on time.

And it looks like Mrs May’s Conservative Party are behind schedule for their election campaign as well.

The Prime Minister will have to fight in the forthcoming elections that she repeatedly said would not be happening.

While other parties have launched manifestos and policies for the massive event, the Tories have so far not gone into details on the upcoming vote.

The Tory EU election manifesto simply does not exist, and may never do so, with the party issuing a simple leaflet that’s gone out to households. 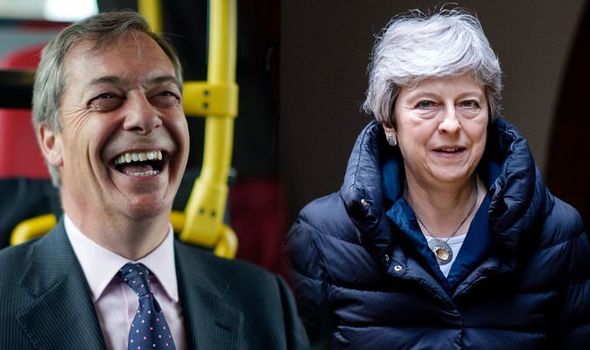 Perhaps this is why the Conservative Party has been pushed into fifth place on polls ahead of the elections.

Tories are currently seeing support from ten percent of the voters in a poll conducted by YouGov between May 8 and 9.

That puts the party behind the Brexit Party, Labour, Lib Dems and Green.

However, the no manifesto strategy seems to be working for Nigel Farage’s Brexit Party. 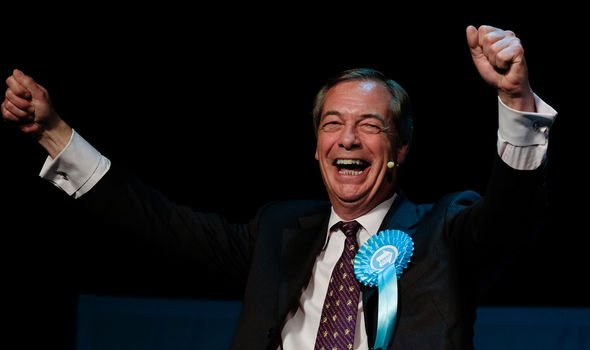 Mr Farage revealed a new tactic on Monday being used by the Brexit Party during campaigns for the European election, arguing that “manifesto equals lie”.

He declared he will “never” use the word manifesto during his Brexit Party campaign for European elections.

The Brexit Party leader also claimed manifestos are a “deliberate tactic” used by other parties to “get away from a proper debate” on Brexit.

And the strategy has done the trick – the Brexit Party continues its strong lead in the European Parliament voting intention poll and has seen a surge in support recently. 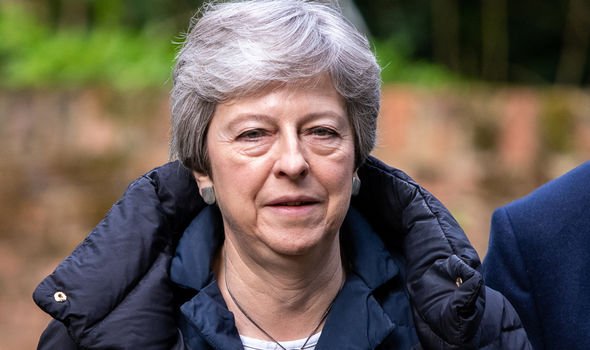 Nigel Farage’s new party holds 34 percent of the vote, having been on 30 percent in the last survey.

Change UK are now on 5 percent while votes for UKIP stand at 3 percent, and voting intention for all other parties stands at 7 percent.