Home » Politics » Election poll: Are you going to tactically vote in the general election? VOTE HERE

Election poll: Are you going to tactically vote in the general election? VOTE HERE

This week marked the start of official general election campaigning as political parties took turns to launch their manifestos. Party leaders and parliamentary candidates from all parties have hit the road to deliver their message to convince the public to follow their vision for Brexit and the future of the UK. Early polls predict Boris Johnson’s Tory Party will retain power, with one poll by the Electoral Calculus, dubbed the “leading vote/seat predictors on the internet” by academics, expecting the party to win by a landslide majority.

But many Tories fear third parties, including Nigel Farage’s Brexit Party and Jo Swinson’s Lib Dems, could cause havoc at the polling station as voters opt for tactical voting – where they back a candidate they would not usually support to prevent someone else from winning.

Researchers have predicted that voters could be more likely to switch their support at the upcoming election, largely because of the uncertainty over Brexit.

Voters could be set to vote tactically in swing constituencies in an effort to back a specific Brexit agenda.

For example some anti-Brexit Labour voters could be swayed to vote for the Lib Dems in an effort to block Brexit and take on the Tory party. 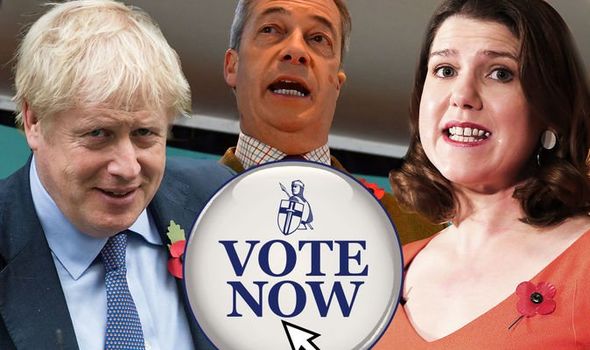 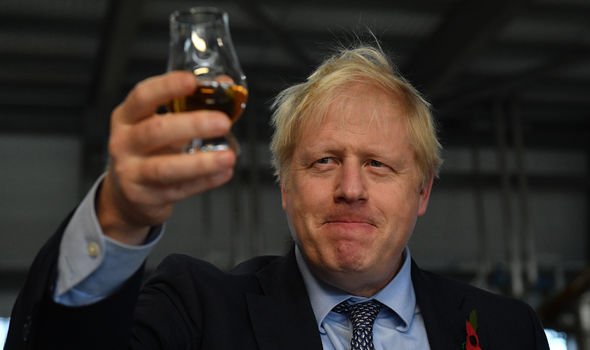 Such circumstances could take place in Richmond Park, who in the 2017 election saw the Tories beat the Lib Dems by just 0.1 percent, with Labour trailing at nine percent of the vote.

But the converse could happen, with Leave areas choosing to back a Brexit Party candidate over the Tory Party in traditional Labour heartlands.

Mr Farage’s party saw huge success at the European Elections earlier in the year, and many Tory Brexiteers are fearful they will lose votes to a Brexit Party candidate.

They are concerned voters will vote tactically, or even as a protest vote, to express their frustration that Britain has not yet left the EU.

Some have warned that a split Leave vote could even allow Labour or the Lib Dems to steal a number of seats.

But polling guru John Curtice has warned Mr Johnson’s biggest threat could come from the Lib Dems, as they are better placed to defeat the Tories and implement a Remain agenda.

Writing in The Times, the politics professor said: “At the last election the Lib Dems came second to the Conservatives in only 29 seats, whereas Labour secured that position in 273. 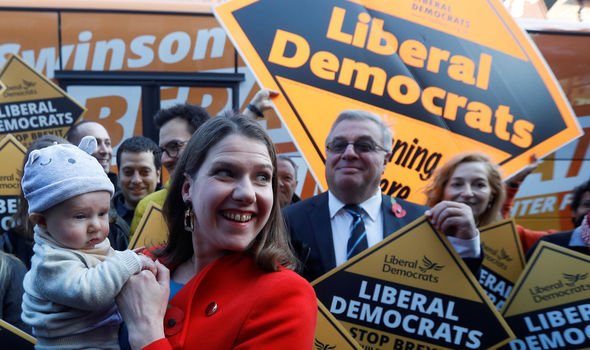 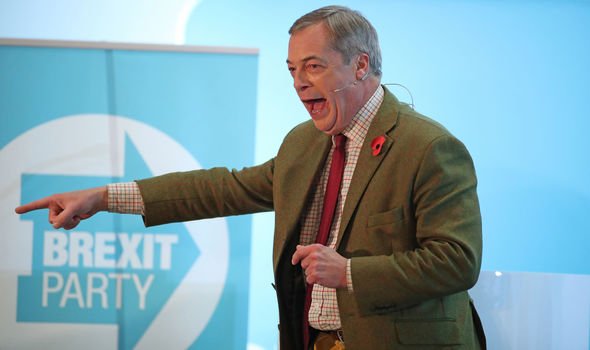 “However the Lib Dems are stronger and Labour weaker than in 2017.

“We would now expect the Lib Dems to come second in 105 seats the Tories might be expected to win, with Labour in that position in 193.

“Thus, we expect a tool designed to encourage voters to vote tactically against the Tories to suggest that the Lib Dems are now better placed to defeat the conservatives in some of the seats where the party came third last time around.”

Tactical voting relies on the public using their own research and intuition to choose who to back to edge out a candidate they strongly oppose. 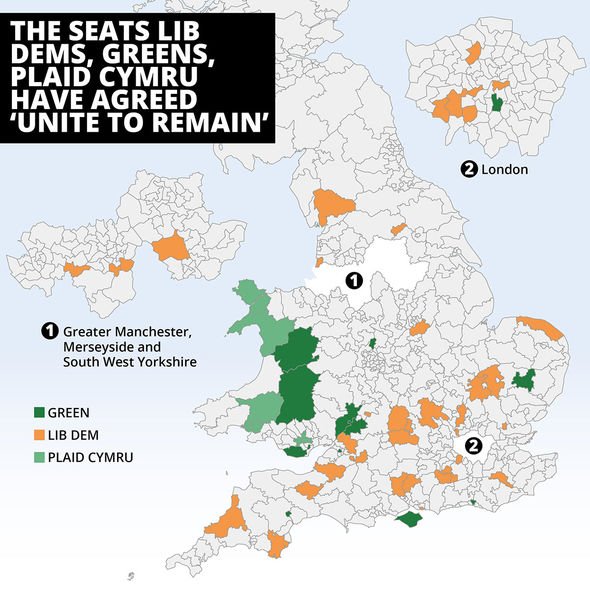 But the same result can be delivered with pacts between parties, as is occurring with the Lib Dems, Plaid Cymru and the Greens who have launched a pro-Remain pact.

The three parties will step aside for each other in 60 seats across England and Wales to ensure the alliance is given a free run to one pro-Remain party in each consistency.

Mr Johnson has ruled out forging a similar pact with the Brexit Party as he refuses to ditch his Brexit deal, something Mr Farage insists upon for such an agreement to be made.