Election 2019 MAPPED: The chart that shows how Britain will vote – Tory win ‘INEVITABLE’

Election 2019 forecasts have been in flux recently as the end of the campaign cycle is in sight. Current polls suggest the Labour party is climbing towards the Conservatives at a snail’s pace, but one map suggests they won’t be able to close the distance before December 12.

According to a map recently released by betting specialists at Oddschecker, the Conservative Party is nearly guaranteed to take the vote this December.

The map, which was released earlier today, compiles election odds for seats in the House of Commons, representing each party in their team colours.

Currently, the majority of the house is painted Conservative blue.

Bookmakers with Oddschecker have forecast a comfortable majority for the party, with heavy losses for Labour. 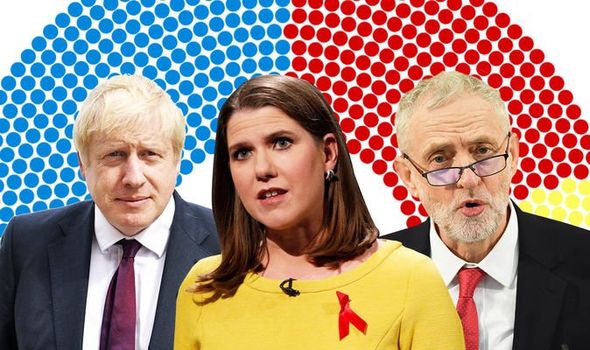 According to Oddschecker, which compiles odds from the UK’s leading bookmakers, the Conservatives will secure a majority of 351 in the 650-seat Parliament.

Their victory would mean the party scoops another 34 seats on top of its 2017 tally, while Labour loses out.

The opposition is predicted to win just 210 seats, a loss of 52 from the last election.

The SNP, on the other hand, is expected to outperform and snatch a further nine seats, adding up to a total of 44 constituencies. 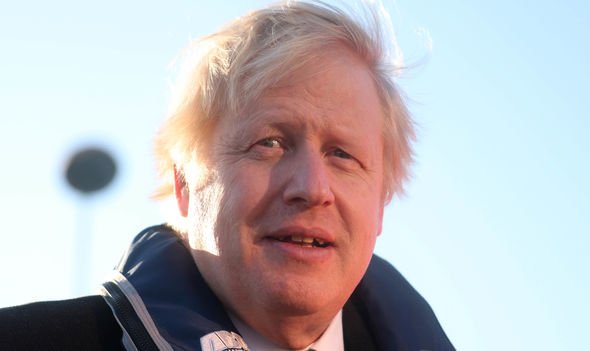 The Liberal Democrats will gain six seats, from 12 to 18, remaining a minimal presence in the House of Commons despite their promise to “stop Brexit”.

Other parties’ presence in Parliament is expected to remain the same, with the DUP on track to lose one seat down to nine in total, and Sinn Fein and Plaid Cymru to keep what they have, with seven and four seats respectively.

Oddschecker has also singled out three “too close to call” seats.

These are the Tory/Labour battlegrounds of Bolsover and Coventry North West, and Tory/Liberal Democrat battleground Cheadle. 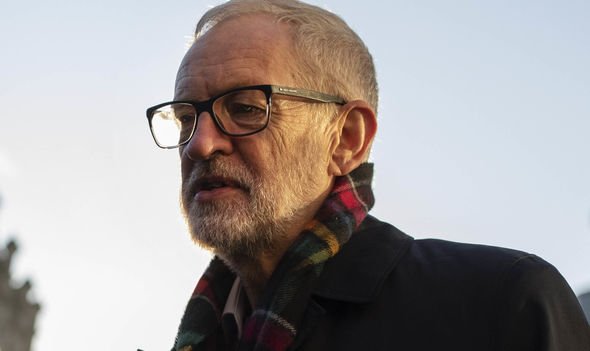 Oddschecker spokesman Callum Wilson said Jeremy Corbyn’s incoming loss would be the result of his “divisiveness”.

He said: “While it would seem Boris Johnson is very much under the pump during this election campaign, it feels a tad surprising that the polls indicate more years of Tory leadership on the horizon.

“Then again, Jeremy Corbyn’s divisiveness, coupled with a lack of viable alternatives elsewhere, does make the result of this election feel like an inevitability.”

While bookmakers estimate a damaging loss for Labour, the latest polls are seeing Jeremy Corbyn’s party closing the gap with the Conservatives.

The two parties are currently just nine points apart according to a poll released on Saturday.

Analysis carried out by Survation from November 26 to 30 found Labour was on 33 percent, while the Conservatives were still head on 42 percent.

The slight jump for Labour is an increase of three points since the last polls were released, as the party chimes with remain voters.

Survation found 49 percent of people who voted to remain in the 2016 referendum now support Labour.