WASHINGTON (Reuters) – Democrats accused President Donald Trump at the start of his impeachment trial on Wednesday of a corrupt scheme to pressure Ukraine to help him get re-elected and warned that America’s global prestige will suffer if the U.S. Senate acquits him.

The Republican Trump sounded a defiant note, telling reporters in Switzerland the Democrats did not have enough evidence to find him guilty and remove him from office.

Trump solicited interference from Ukraine to improve his chances in this November’s U.S. presidential election, Schiff said, laying out the main Democratic argument for why Trump should be found guilty of abusing his power

Democrats argue that Trump was trying to find dirt on Biden, a leading contender for the Democratic presidential nomination, and his son Hunter who had served on the board of a Ukrainian gas company, to help the Republican president win a second term.

Trump denies any wrongdoing and his fellow Republicans in the Senate say his behavior does not fit the description of “high crimes and misdemeanors” outlined in the U.S. Constitution as a reason to oust a U.S. president.

Trump is almost certain to be acquitted by the Republican-controlled 100-member Senate, where a two-thirds majority is needed to remove him from office. But the trial’s effect on Trump’s November re-election bid is unclear.

The case against him is focused on a July 25 telephone call in which he asked Zelenskiy to open a corruption investigation into the Bidens as well as a discredited theory that Ukraine, not Russia, meddled in the 2016 U.S. election.

“Nothing could be more dangerous to a democracy than a commander in chief who believed that he could operate with impunity, free from accountability. Nothing, that is, except a Congress that is willing to let it be so,” said Schiff, who is leading the prosecution team of Democratic “managers” from the 435-seat House of Representatives.

“For how can any country trust the United States as a model of governance if it’s one that sanctions precisely the political corruption and invitation to foreign meddling that we have long sought to eradicate in burgeoning democracies around the world?”

He said senators will “also undermine our global standing” if they do not oust Trump three years into his tumultuous presidency.

Democrats have up to three days to make their case. Trump’s defense team will have three days after that for rebuttal in a trial that could potentially conclude next week.

It is the third presidential impeachment trial in U.S. history. The opening days have been dominated by arguments over Democratic requests for more witnesses and records. 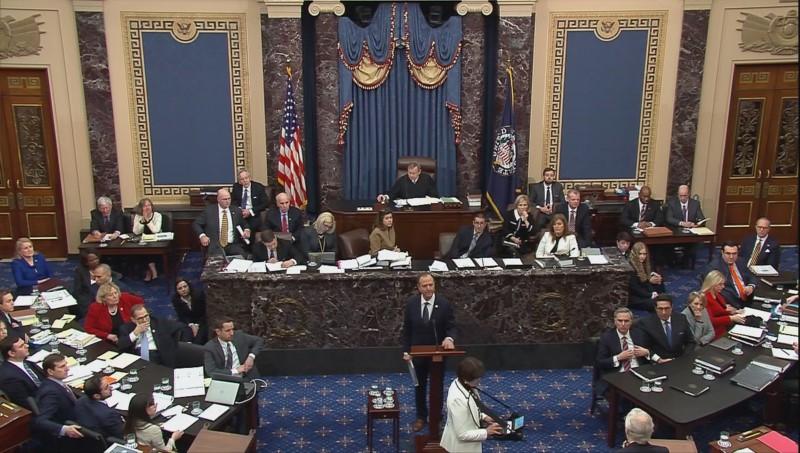 The Trump administration has not complied with subpoenas for documents and has urged officials like former national security adviser John Bolton and Secretary of State Mike Pompeo not to participate in the impeachment investigation.

In Davos, Switzerland, Trump told reporters at the World Economic Forum that he was happy with the way the trial was going.

“I thought our team did a very good job. But honestly, we have all the material. They don’t have the material,” Trump said.

He said allowing Bolton to testify at the trial would present national security concerns.

Bolton, a foreign policy hawk who was fired by Trump last year, has disdainfully described the Ukraine pressure campaign as a “drug deal” and testimony from him could be awkward for the president.

A parade of current and former officials spoke at House impeachment hearings last year of a coordinated Trump effort to pressure Ukraine.

But those televised hearings did little to change support for and against Trump’s impeachment. Reuters/Ipsos polling since the inquiry began shows Democrats and Republicans responding largely along party lines.

Trump and his legal team say there was no pressure and that the Democrats’ case is based on hearsay aimed at overturning Trump’s 2016 election win. 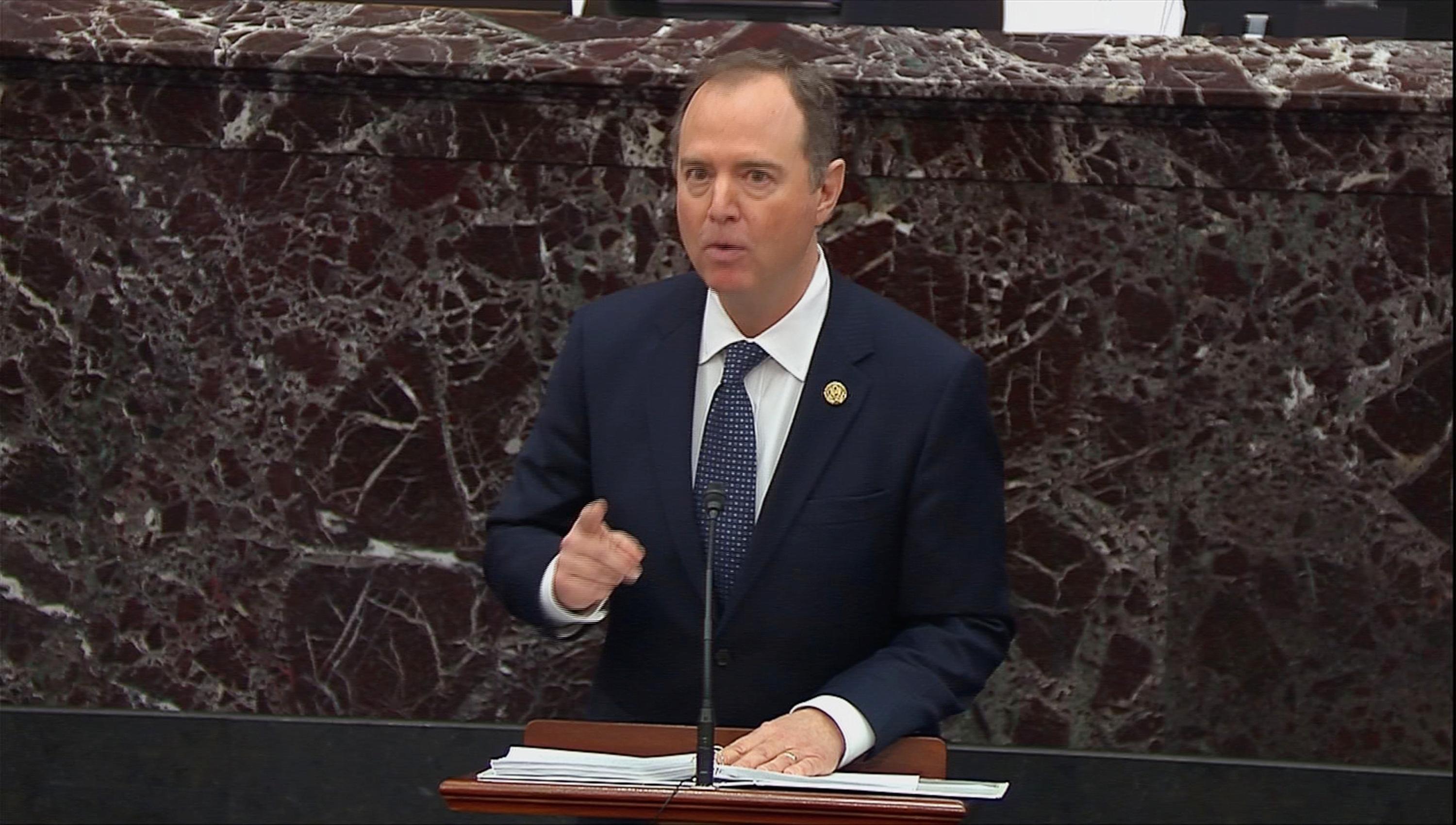 Moments before the House managers began opening arguments in the Senate, Republican Senator Mike Braun told reporters: “We’re going to get down to the merits of the case, and that’s why the president will be vindicated with a verdict of acquittal.”

In a 13-hour battle over trial rules that lasted until the wee hours of Wednesday, Republican senators rejected requests for subpoenas seeking the testimony of Bolton and three White House officials as well as records and documents from the White House, the State Department, the Pentagon and the Office of Management and Budget related to Trump’s dealings with Ukraine.

Arguments became so heated that Chief Justice John Roberts, who is presiding over the trial, admonished both the defense and prosecution.

“I do think those addressing the Senate should remember where they are,” he said.