The former Brexit Secretary has expertly stated there will be no need for a hard border on the Island of Ireland because existing technology is already available for customs checks. Prime Minster Boris Johnson has reiterated his commitment to ditch the backstop insisting the key part of the withdrawal agreement “has to go”. Mr Johnson following meetings in Berlin with German Chancellor Angela Merkel and in Paris with French President Emmanuel Macron, the Prime Minister made his position clear the UK would leave the bloc without a deal if a solution could not be found in 69 days time.

The bullish approach on the backstop by Mr Johnson has been backed up by Mr Davis.

The Brexiteer said “intelligence-led” operations by HMRC in Northern Ireland in 2018 resulted in the capture of 8 million illegal cigarettes from making its way into Britain.

Mr Davis insisted similar methods could be used to stop goods from the EU travelling into Britain following Brexit.

Speaking on the Telegraph’s Chopper’s Brexit Podcast, the former Brexit Secretary praised the work by Tory MP Greg Hands, who has outlined a 272-page report on alternatives to the backstop. 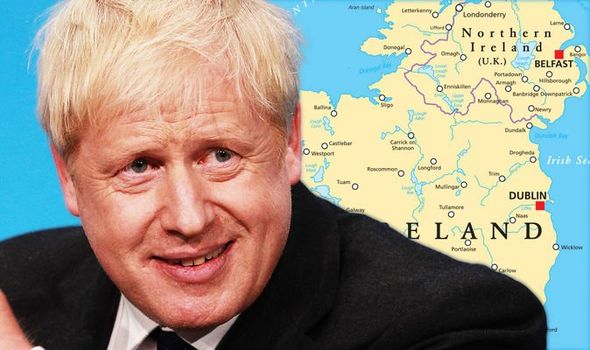 When asked by Christopher Hope, chief political correspondent, if these ideas all mean there will be no hard border in Northern Ireland, Mr David said: “Thats right.”

He continued: “People keep talking about a technological solution as though its some wild tomorrow thing, actually its not.

“It is technology that exists today and is used today.” 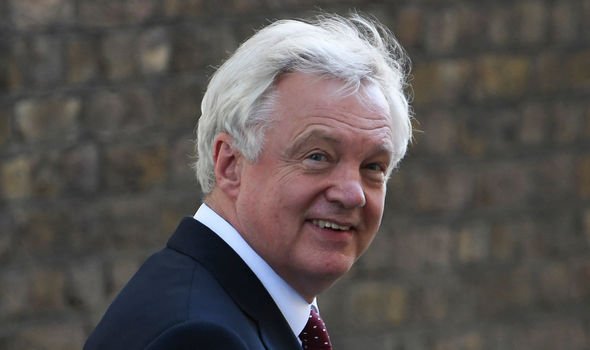 He added: “Last year HMRC in NI caught an attempt to smuggle 8 million cigarettes, not a small catch.

“How did they do that? – by intelligence-led customs monitoring, that’s how you do it.”

The former Cabinet minister also stated the Prime Minister should seek further changes to the Brexit deal beyond the backstop.

Mr Davis said Mr Johnson should seek “sunset clauses” on the European Court of Justice (ECJ) and withhold part of the £39billion withdrawal bill until the future relationship is settled with the bloc.

He added: “I’d argue for contingency on the money. 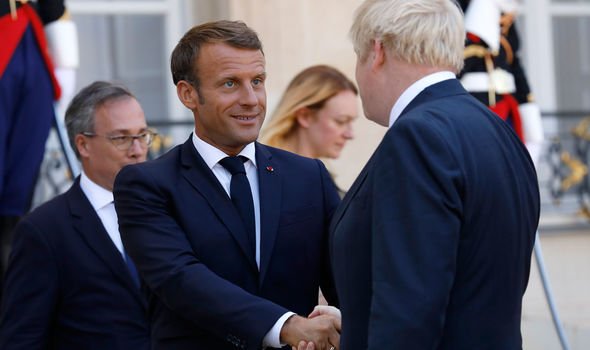 “I’d argue for tighter limits, timetable limits, sunset clauses on ECJ and things like that. I’d have a small shopping list.

“It wouldn’t be a ridiculous one, but one I think that any serious European Parliament and any European Council that wants a deal could go with.

“If I were doing this for Boris, I would be insistent on is that they make the bill – the £39 billion, the second half of it – contingent on progress on the future economic partnership.”

The European Union has showed serious signs of caving in, after Ms Merkel suggested a solution to the impasse could be found within 30 days. 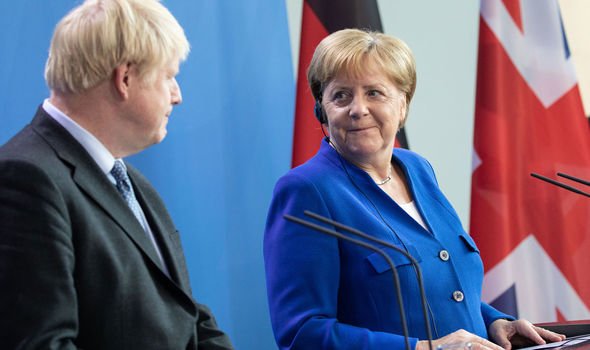 The proposal was given further backing after the French President stated this could be achieved if there was “goodwill on both sides”.

Mr Macron said: “No one will wait until October 31 to find the right solution.

“We should all together be able to find something smart within 30 days if there is goodwill on both sides.”

This evening EU chief Brexit negotiator, Michel Barnier, also made a major u-turn after previously stating the EU would not renegotiate the withdraw agreement. 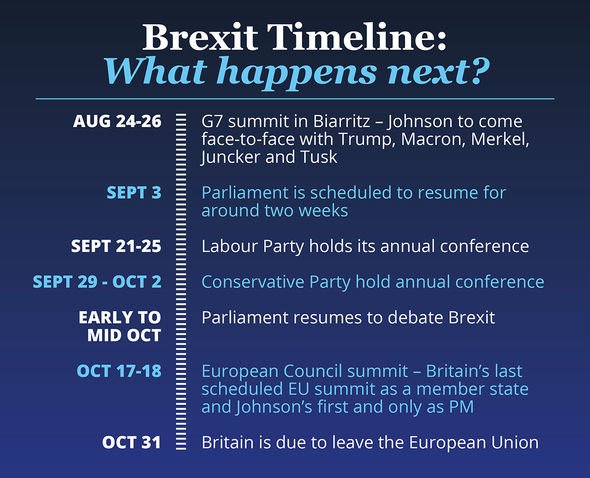 Mr Barnier stated Brussels is “ready to analyse” proposals by the Prime Minister.

He wrote on Twitter: “The WA is the best deal possible, based on UK red lines.

“We are ready to analyse #UK proposals that are realistic, operational & compatible with our principles.

“EU wants an orderly withdrawal but is ready for any outcome #unity”.