The Brexit Party leader wants to target seats in the Midlands and north of England where UKIP has run Labour close in pervious elections. He reckons his hardline candidates can capitalise on Jeremy Corbyn’s dithering over Brexit and snatch as many as 50 seats. He is also calling on  Mr Johnson to ditch Theresa May’s disastrous withdrawal agreement once and for all.

Mr Farage said: “Many Leave-voting seats in the North, the Midlands and Wales are now ‘represented’ by Remain-backing Labour MPs.

“The Brexit Party is in by far the strongest position to defeat them – especially if the Tories stand down.

“A non-aggression pact would let us concentrate our fire on the Remainer establishment.

“Unstoppable together, we would deliver a large Brexit majority in Parliament.

“But for this to happen, Boris must back a clean-break Brexit. If he tries to recycle the rotten Withdrawl Agreement we are ready to stand in every seat.” 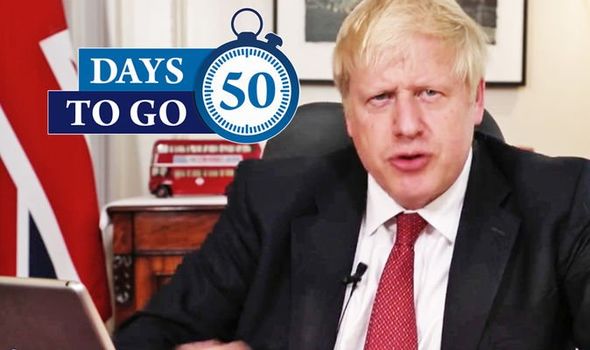 Sources said the Brexit Party leader said Mr Farage had been in conversation with people who are very close to the Prime Minister.

One insider said: “They’re more to scope out whether he’s serious about a deal than actual negotiations, and the Tories now appreciate he is. It is a beginning

“It’s very simple, it’s all about the numbers. Boris knows he cannot win a majority without our help.”

But many Tory MPs have urged Boris to reject any arrangement, with many fearing they could face an uphill battle in seats where the Liberal Democrats poll second.

SCROLL DOWN FOR BREXIT LIVE UPDATES 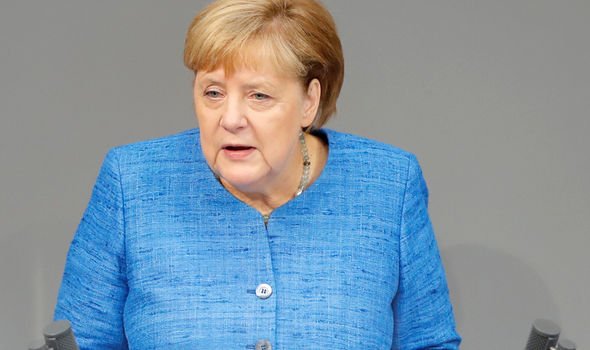 German Chancellor Angela Merkel said there is still every chance for Britain’s divorce from the European Union to take place with a deal although Berlin is prepared for a disorderly Brexit in case that does not happen.

She told the German parliament: “We still have every chance of getting an orderly Brexit and the German government will do everything it can to make that possible – right up to the last day.

“But I also say we are prepared for a disorderly Brexit. But the fact remains that after the withdrawal of Britain, we have an economic competitor at our door, even if we want to keep close economic, foreign and security cooperation and friendly relations.”

Brexit will allow Britain to determine its own migration policy and take advantage of a “global talent pool”, according to Business Secretary Andrea Leadsom.

The hardline Brexiteer told BBC Radio 4’s Today programme: “There is a move in opinion polls that suggests that migration is now increasingly popular.

“But of course the backdrop to that is in leaving the EU it will be our Government that’s able to determine our migration policy and that’s incredibly important.

“Now we get to decide and instead of being open to free movement from just the EU, the UK will be able to take advantage of a global talent pool of young people and workforce coming from all around the world and that’s something that’s a great advantage for us.”

7.30am update: Judges to explain ruling in Gina Miller case

High Court judges will today give their reasons for rejecting a legal challenge over Boris Johnson’s decision to suspend Parliament for five weeks.

Leading judges last week rejected the case brought by businesswoman Gina Miller, who previously fought a successful legal action against the Government over the triggering of the Article 50 process to start the Brexit countdown.

Lord Chief Justice Lord Burnett, Master of the Rolls Sir Terence Etherton and President of the Queen’s Bench Division Dame Victoria Sharp will give written reasons for their ruling at a brief hearing in London today.