In just 17 days Britain is set to officially leave the European Union, after Boris Johnson’s Withdrawal Agreement Bill has passed into law. But Brexit will not be done and dusted on February 1, as the Government and Brussels enter into crunch talks to agree a trade deal by December 31 – the end of the transition period. Ahead of the talks, the European Commission, headed by Ursula von der Leyen, has warned it has a “limited margin” to offer the UK a better deal than other countries, such as Canada.

The warning was issued via a 46-page document discussing the EU’s future relationship with the UK, that was shared with EU27 countries on Monday and subsequently shared with the public.

The EU’s tough approach from the outset may lie in the so-called most-favoured-nation clauses included in the EU’s most recent trade deals with other countries, including Canada, Japan and Vietnam.

The clause mean that if a more generous offer is made to new trade partners, such as the UK, it would automatically apply to existing deals.

As a result, the EU may be reluctant to agree beneficial terms with Mr Johnson.

But the Prime Minister is determined to strike a free trade deal with the EU that offers the UK a whole host of benefits. 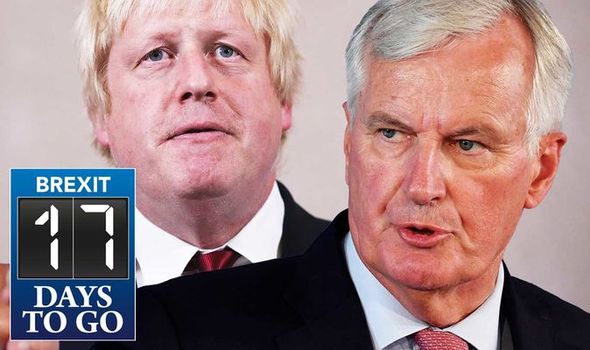 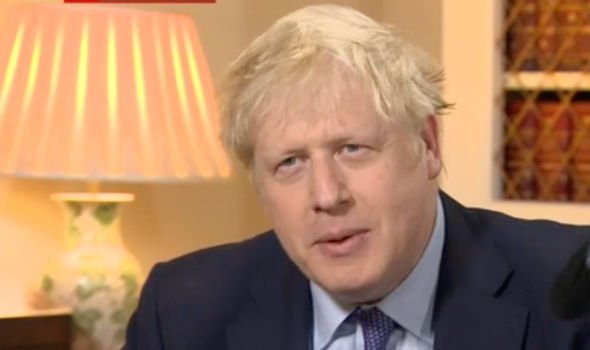 “Because Big Ben is being refurbished they have taken the clapper. So we need to restore the clapper in order to bong Big Ben on Brexit night, that is expensive.

“We are looking at whether we can fund it.”

8.15am update: Trade deal is about ‘building a great new partnership’ with friends around the world

Boris Johnson said the upcoming trade talks are a chance to “build a great new parternship with friends and partners around the world”, and highlighted that talks will not just be held between the UK and the EU.

He said the UK will be “leading the cause of global free trade”.

Speaking to the BBC on the likelihood of agreeing a comprehensive trade deal with the EU, the Prime Minister said: “I think it is very likely indeed. The key think is that we are coming out of the EU on January 31, the end of this month.”

He then went on to say the chances of striking a trade deal was “enormously likely, epically likely”.

He said: “Obviously you always have to budget for a complete failure of judgement but i am very very very confident that we will get a trade deal.”

8.07am update: Boris says it is important Iran tensions ‘calm down’

When discussing Iran, he said he is “glad” they have accepted responsibility and recognised that it is an “appauling mistake”.

He said: “The most important thing now is tensions in the region calm down.”

Mr Johnson also admitted that he was on holiday when Iranian general Qassem Soleimani was killed.

The interview is due to last 30minutes and the Prime Minister will be asked questions from the public.

He wrote on Twitter: “Don’t worry: Big Ben will chime loudly via our speakers at Parliament Square celebration on 31st Jan, if Establishment refuse to let it ring for real.

“Complete lack of leadership from Government who seem embarrassed to celebrate this massive moment in UK history.”

MPs decided not to let Big Bong chime for Brexit on Monday, after protected costs spiralled to half a million pounds.