A source predicted front runner for the Tory crown Boris Johnson will win and “march everybody up no deal hill”. But the former foreign secretary will soon realise that the nation cannot actually leave the EU by October 31, the source warned. Academic and writer Matthew Goodwin tweeted: “Brexit Party source: ‘Boris will probably win, then march everybody up No Deal Hill before finally realising that we cannot actually leave by October 31. At least Hunt & Gove are honest.

“‘Tories are drinking in Last Chance Saloon. It’s going to be like the Lib Dems & tuition fees.’”

Mr Johnson is today expected to unveil his leadership agenda, which he will use again to insist Britain must quit the EU by October 31.

The former foreign secretary will set out his agenda if he took over Downing Street after being criticised by some opponents for giving rare interviews and not committing to leadership hustings since Prime Minister Theresa May set a timetable for her departure. 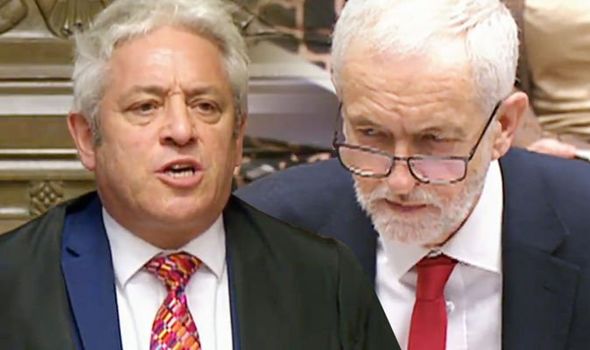 Meanwhile, a bitter Commons battle over attempts to block a no-deal Brexit will erupt today.

Fury has erupted among Tory Eurosceptics as Labour MPs bid to use opposition time to try and give control of the Commons agenda to MPs on June 25 in order to stop the UK exiting the EU without a deal in the autumn.

8.33am update: Fury over bid to block no-deal Brexit

Prominent Brexiteer Sir Bill Cash strongly attacked supporters of the move who include Tory former minister Sir Oliver Letwin, plus the SNP, the Liberal Democrats, Plaid Cymru and the Greens.

Sir Bill said: “They are causing a breakdown of our democracy.”

With the Labour-led motion only needing a relatively small number of Tory MPs to support it for success, Sir Bill, who supports Mr Johnson, was scathing about the involvement of Sir Oliver, a Michael Gove backer in the leadership race.

Sir Bill added: “He has put his name to an opposition day motion with Marxist Jeremy Corbyn.”

Chief Secretary to the Treasury Liz Truss defended Boris Johnson from accusations he is refusing to speak to journalists during his leadership bid.

She told the Today programme: “He has got nothing to hide. The important thing is he is talking to parliamentary colleagues.”

Ms Truss also defended Mr Johnson when asked about when he was sacked for “lying in public” about an affair, saying: “I do not think the British public is interested in Boris’ personal life.” 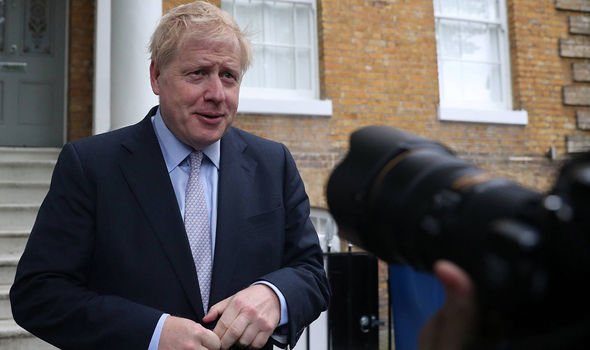 8.03am update: Poll suggests Boris will lead Tories to VICTORY

A ComRes poll in The Daily Telegraph found that with Mr Johnson as leader the Tory party could be heading for a landslide at the next General Election with a majority of 140.

At his campaign launch, Mr Johnson will say: “Now is the time to unite this country and unite this society, and we cannot begin that task until we have delivered on the primary request of the people; the one big thing they have asked us to do.

“After three years and two missed deadlines, we must leave the EU on 31 October.

“We simply will not get a result if we give the slightest hint that we want to go on kicking the can down the road with yet more delay.

“Delay means defeat. Delay means Corbyn. Kick the can and we kick the bucket.