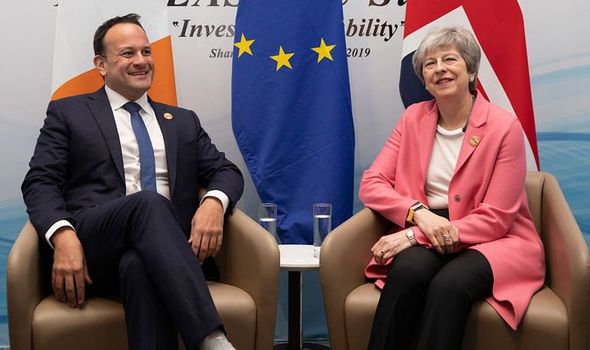 Theresa May’s de-facto deputy David Lidington and Irish foreign affairs Minister Simon Coveney signed the agreement in London yesterday. Mr Lidington said: “Our message to Irish citizens in the UK is that your rights will not change. You will still be able to move freely between Ireland, the UK and the islands. “You will still be able to work, study, draw your pension and access social security and public services in the UK. Above all, you will be welcome.

“And we welcome the similar commitment the Government of Ireland makes to British citizens in Ireland.”

Mr Coveney echoed Mr Lidington’s remarks, adding the agreement will reassure British citizens in Ireland that rights and privileges would be protected regardless of whether the UK leaves the EU with or without a trade deal.

He told the Irish Times: “This Memorandum of Understanding is comprehensive but it’s also flexible enough to be able to be updated and changed in the future if necessary and will be backed up with legislation in the necessary areas.”

The two also met for the two-hour British-Irish Intergovernmental Council meeting, which focused on the UK-Ireland relationship, economic cooperation, security issues in Belfast and as well as the Stormont talks.

Mr Lidington said: “The theme running through this is how we can strengthen our bilateral cooperation on everything from economic regeneration to security and justice.

“We obviously very much welcomed the resumption this week of talks aimed at restoring the Executive at Stormont.” 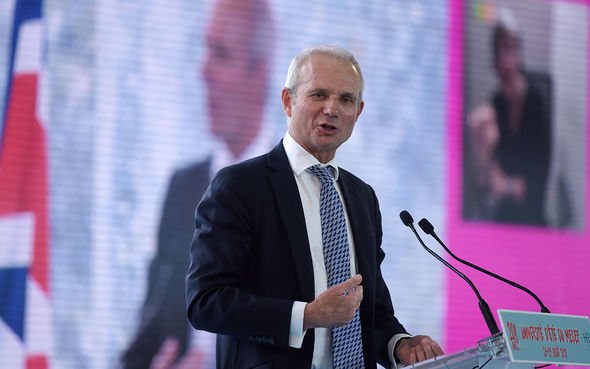 The agreement follows a warning to Mrs May from EU boss Jean-Claude Juncker, who told the embattled Prime Minister to “speed up” and deliver Brexit before he leaves office at the end of October.

The European Commission President is set to step down from his role after five years in charge on October 31, the same day Britain is due to finally leave the EU.

Speaking at a “citizens’ dialogue” event in Sibiu, Romania, the eurocrat revealed he had told Mrs May to “speed up the process” to avoid clashing with his departure.

Mr Juncker said: “I will stop my job on November 1 this year. In fact at midnight on October 31.

“The British are supposed to leave on October 31 and I told Theresa May, ‘I will leave at midnight so please speed up the process.”

Meanwhile, Mrs May is set to put a vote on her Brexit deal to MPs before the European Parliament elections.