WASHINGTON (Reuters) – Joe Biden will outline his plans to bring relief and solace to a country battered by the coronavirus pandemic on Thursday when he accepts the Democratic nomination to challenge President Donald Trump in the Nov. 3 U.S. election. 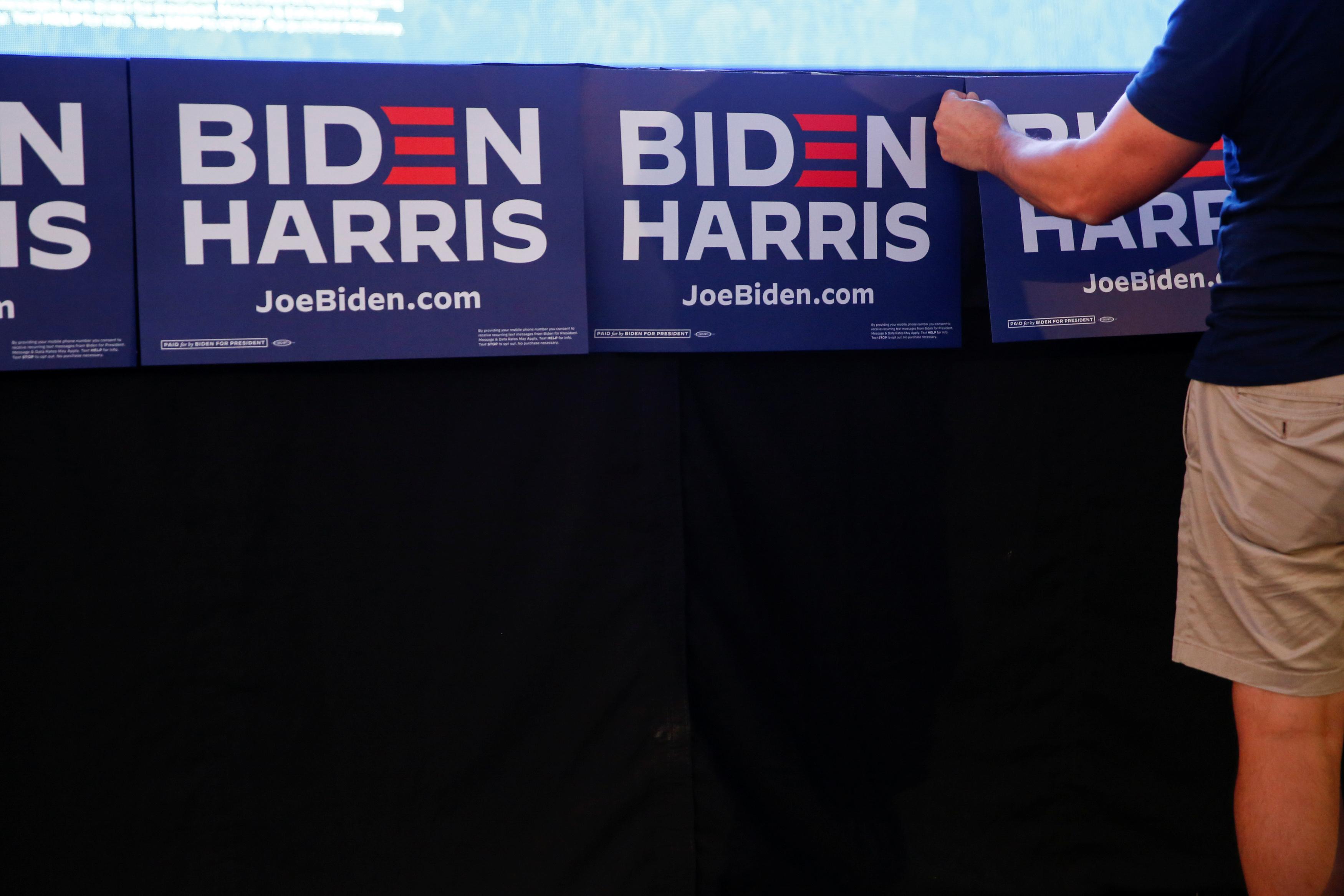 The fourth and final night of the Democratic National Convention got under way with Biden’s speech expected to be a high point of a half-century in the public eye for the former U.S. senator and vice president, who fared poorly in two previous runs for the White House in 1988 and 2008.

His remarks will conclude a nominating convention that was held virtually because of the pandemic, with the party’s biggest names, rising stars and even prominent Republicans lining up via video to support Biden and attest to the urgency of ending Trump’s tumultuous presidency.

The day offered new fodder for the Biden campaign to highlight what convention speaker after speaker characterized as Trump’s chaotic four years in office.

Steve Bannon, an architect of Trump’s 2016 election victory, was arrested on fraud charges, while in New York a judge ruled Trump cannot block a prosecutor’s subpoena for eight years of his tax returns.

Trump on Thursday denied knowing about the organization linked to Bannon’s arrest, which had sought donations to help build a wall on the U.S.-Mexico border that was Trump’s signature 2016 campaign promise.

“I feel very badly. I haven’t been dealing with him for a long period of time,” Trump said. He also appealed the decision on his tax returns.

On Wednesday, Kamala Harris accepted the nomination as the first Black woman and Asian American on a major-party presidential ticket. The evening drew an estimated 22.8 million television viewers, higher than the first two nights but still down from 2016.

That figure does not include viewing on digital platforms, which has jumped significantly since 2016.

(Graphic: Where Biden and Trump stand on key issues – tmsnrt.rs/2BGAmNQ)

A BREAK WITH TRADITION

Biden, 77, heads into the general election campaign leading in opinion polls over Trump, 74, who will accept the Republican nomination for a second White House term at his own convention next week.

Democrats have worked to expand Biden’s support during the convention, including showcasing prominent Republican supporters such as former U.S. Secretary of State Colin Powell and former Ohio Governor John Kasich, as well as Americans who voted for Trump in 2016 but now blame him for the economic and health toll of the pandemic.

More than 70 Republican former national security officials, including former heads of the FBI and CIA, plan to endorse Biden on Friday while calling Trump unfit to serve.

The acceptance speech will give Biden his biggest audience since he was largely sidelined from the campaign trail by the pandemic in March.

He will speak directly to camera in a mostly empty event center in his hometown of Wilmington, Delaware, rather than in front of a roaring crowd of convention delegates.

U.S. Senator Chris Coons of Delaware, a close Biden ally, said he expected the speech to focus on unity, not Trump.

“He recognizes this isn’t about Donald Trump. It’s not about Joe Biden. It’s about us, and it’s about who’s going to move us forward in a way that reminds us of the best in America, not the worst,” Coons said.

Trump has campaigned across the country to offer counter-programming to the Democrats, a break with tradition in which candidates limit their activities during their opponents’ conventions.

The president held a campaign event on Thursday near Biden’s birthplace of Scranton in the battleground state of Pennsylvania, where he slammed his Democratic challenger’s long record in government.

“Every American must now decide. Can America be a place where faith is about healing and not exclusion? Can we become a country that lives up to the truth that Black lives matter?” Buttigieg will ask, according to excerpts of his speech. 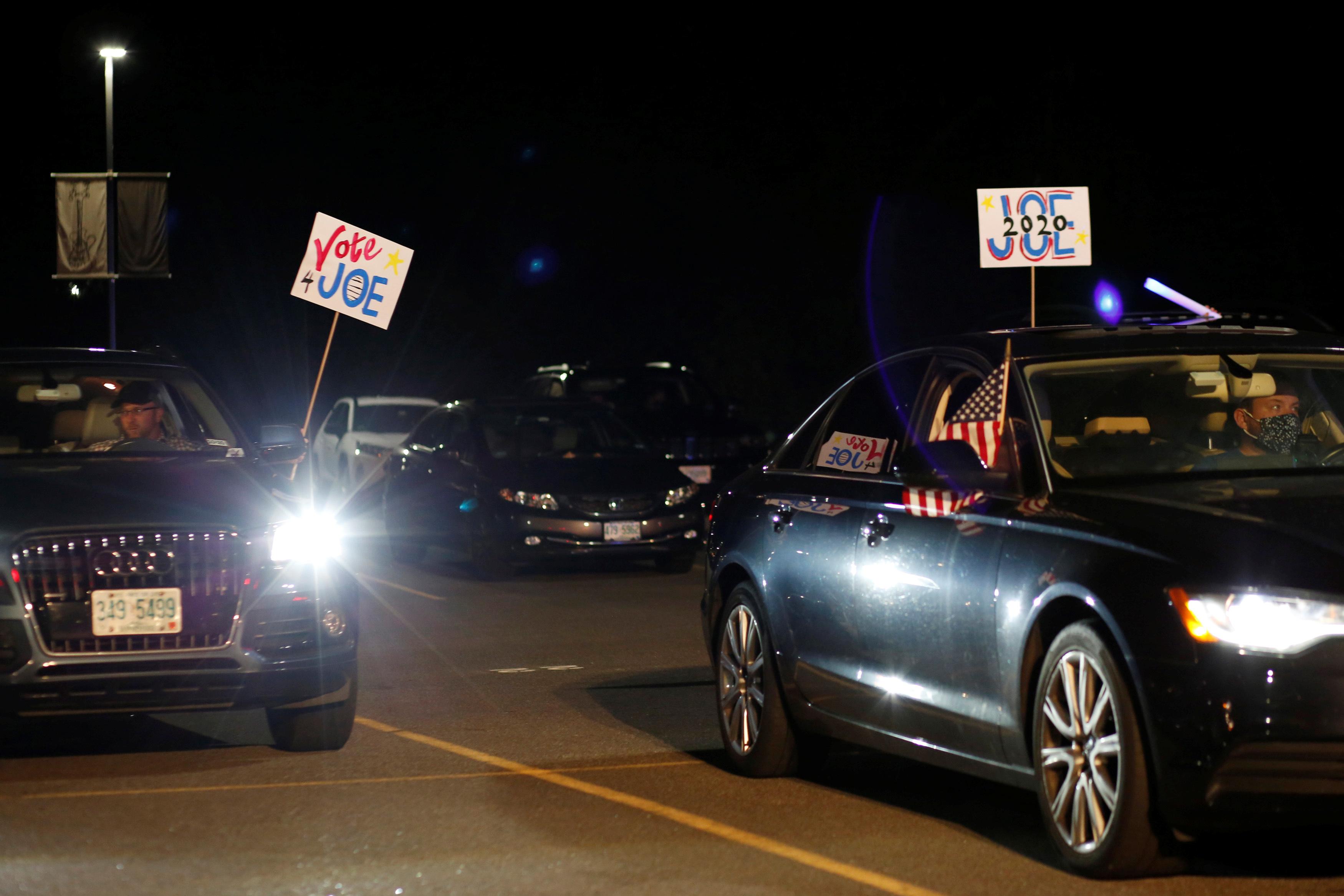 Former New York City Mayor Mike Bloomberg was also set to speak, to the dismay of some former staffers for his own short-lived presidential campaign. They argue his broken pledge to keep them employed through November was a mockery of the Democratic Party’s platform on workers’ rights.

Biden, who became a U.S. senator from Delaware in 1973 before becoming Obama’s vice president, captured the nomination by convincing Democratic primary voters he was the best bet to beat Trump.

Despite questions about his age and criticism of his moderate stances in a party that has lurched leftward, he was able to quickly unite the Democrats’ sometimes fractious progressive and moderate wings with the goal of defeating Trump.