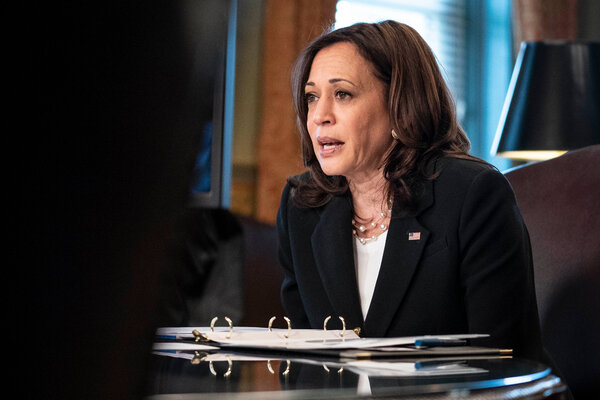 President Biden said on Tuesday that he had directed Vice President Kamala Harris to lead Democrats in a sweeping legislative effort to protect voting rights, an issue that is critical to his legacy but one that sees little hope of success in a divided Senate.

“To signify the importance of our efforts, today I’m asking Vice President Harris to help these efforts, and lead them, among her many other responsibilities,” Mr. Biden told a crowd gathered during a trip to Tulsa, Okla. “With her leadership and your support, we’re gonna overcome again, I promise you, but it’s gonna take a hell of a lot of work.”

Mr. Biden was in Tulsa to deliver remarks marking the 100th anniversary of a white mob destroying a vibrant Black business district, a violent episode that was one of the worst outbreaks of racist violence in American history but one that went largely ignored in history books. Mr. Biden told the crowd he saw the protection of voting rights as one of the most fundamental — and most endangered — pathways to ensuring racial equity.

The president described the more than 360 bills in 47 states trying to tighten voting rules as “a truly unprecedented assault on our democracy.” But his decision to have the vice president take it on added another problem to an already unwieldy policy portfolio.

Ms. Harris has been tasked with examining the root causes of migration from Honduras, El Salvador, and Guatemala. She will visit Mexico and Guatemala next week.