WASHINGTON (Reuters) – Former Vice President Joe Biden on Tuesday defended his environmental record and said he would release the “totality” of his climate change plan “very shortly,” after Democratic Representative Alexandria Ocasio-Cortez accused him of not being aggressive enough on the issue. 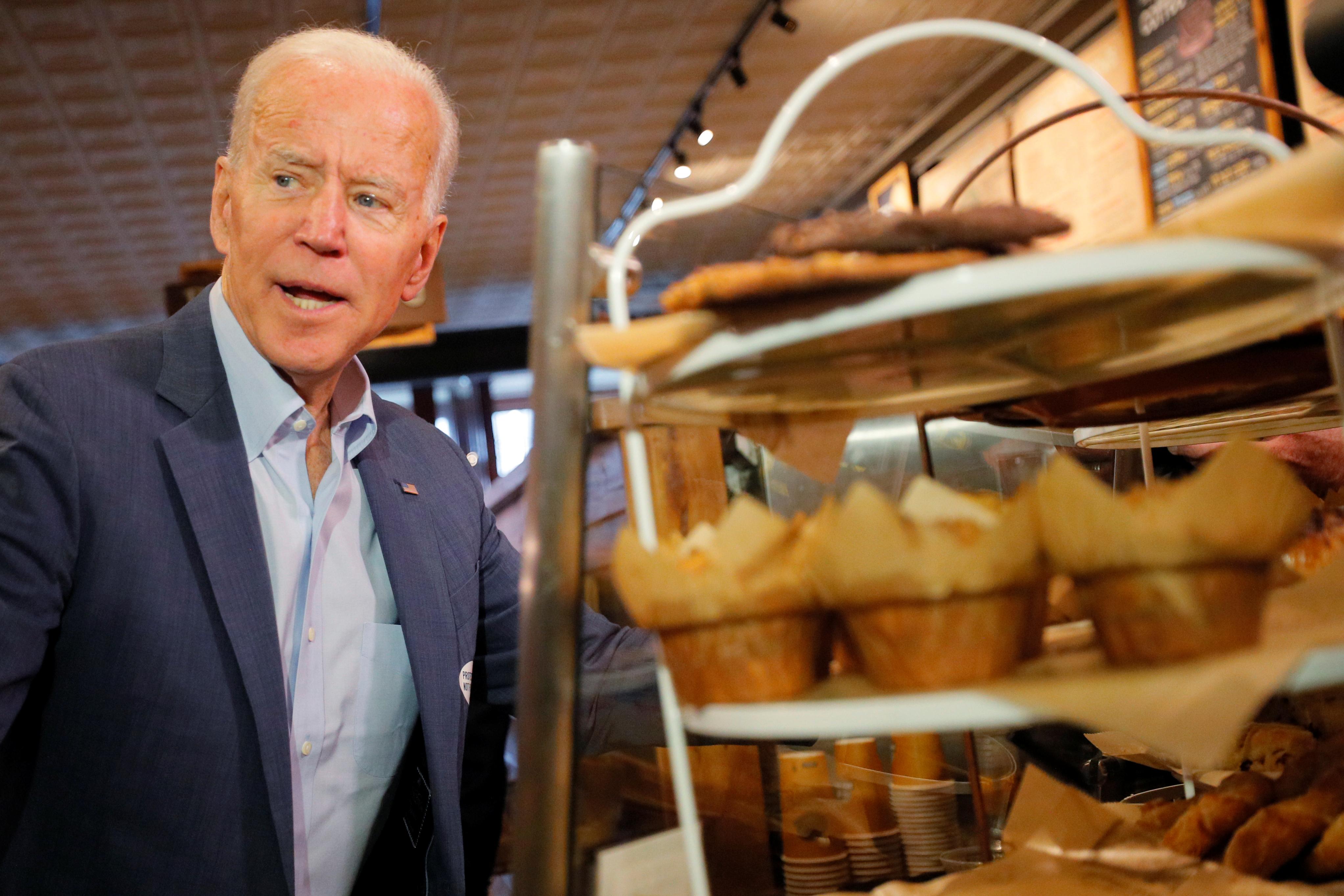 “She’ll find that nobody has been more consistent about taking on the environment and a green revolution than I am,” Biden told reporters in New Hampshire, when asked about Ocasio-Cortez’s remarks at a Washington rally Monday night in support of her Green New Deal platform.

The Green New Deal calls for drastic measures to shift the United States to 100 percent renewable energy in 10 years, as well as government-funded programs for green job retraining and aiding communities that will lose jobs amid the fossil fuel transition.

Ocasio-Cortez did not mention Biden by name but criticized him after a Reuters report on Friday that said he was seeking to craft a climate change policy that can win the support of both environmentalists and blue collar workers concerned about a rapid shift away from fossil fuels. [L2N22M134]

The report said Biden may build his climate strategy by restoring some of the Obama-era climate policies that have been undone by President Donald Trump and could be open to the continued use of natural gas and nuclear power to achieve emissions reductions.

“If the same politicians who refused to act then are going to try to come back today and say we need to have a ‘middle of the road approach’ to save our lives, that is too much for me,” Ocasio-Cortez said at the rally.

Biden, the front-runner in a crowded field of Democratic presidential contenders, retorted on Tuesday: “I’ve never been middle of the road on the environment.”

He said he had introduced the first climate change legislation in Congress in the late-1980s and worked during the Obama administration to help put billions toward clean energy spending in the economic stimulus package.

Activist environmental groups such as the Sunrise Movement have been scrutinizing candidates’ climate change agendas, threatening to call them out for failing to live up to some of the goals of the Green New Deal.

But labor unions have been wary of Democrats’ embrace of the agenda, fearing job losses in the fossil fuel and manufacturing sectors and doubtful of promised programs to re-train workers. [L1N2031Z5].