Liz Truss shut down by Beth Rigby over benefits row

Tory MPs want Defence Secretary Ben Wallace to step in as an “emergency Prime Minister” to take them through to the next election if Liz Truss’ government collapses. Express.co.uk has been told that the popular minister is the favourite in a shortlist of three as the beleaguered Ms Truss fights to keep control of her party with MPs openly claiming she has “10 days to save her Premiership”.

Conservative MPs have begun discussions over who could take over as Prime Minister and drawn up a list of three possible candidates.

Mr Wallace, who is popular in the party but chose to not run for the leadership this summer and instead backed Ms Truss, is the top of a shortlist which also includes failed leadership contenders Rishi Sunak and Penny Mordaunt.

Michael Gove has been ruled out as “too toxic” while some want Boris Johnson to return just weeks after he was forced out but believe it is “too soon”.

MPs hope if Ms Truss is forced to resign they can settle on a single candidate to declare leader “by acclamation” without going to the membership for another long drawn out contest.

It comes as the PM found herself under fire from all sides at the Party conference in Birmingham ahead of her “make or break” keynote speech tomorrow. 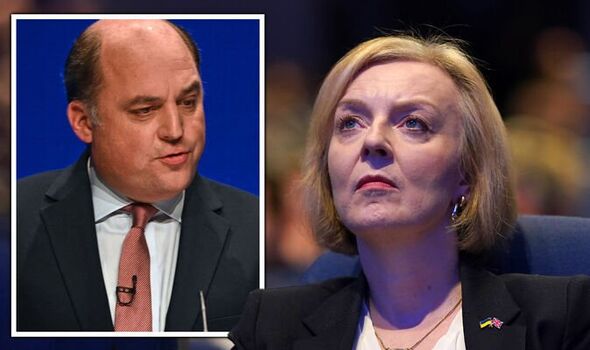 It was a torrid for the PM which began with a round of media interviews to explain why she had U-turned on scrapping the 45p upper rate of income tax.

But even as the pre-recorded interview was being broadcast,  cabinet minister Ms Mordaunt criticised her plans to make welfare cuts.

Mr Gove had started the rebellion on welfare cuts along with former Transport Secretary Grant Shapps had engineered the 45p rate capitulation.

Within hours, Home Secretary Suella Braverman criticised Ms Truss for giving up on the 45p rate and said that the govrnment needed to tackle “benefits street” culture.

The Home Secretary was immediately backed up on Twitter by Levelling Up Secretary Simon Clarke.

Then another ally, former leader Iain Duncan Smith, also criticised her for the planned welfare cuts.

For the second consecutive day, former Culture Secretary Nadine Dorries, another former backer of Truss’, has demanded she call an election claiming she has “no mandate.” 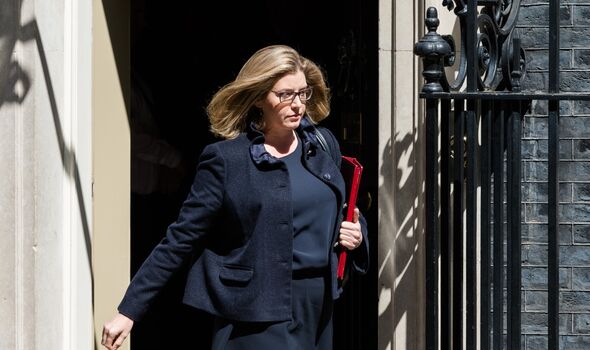 A senior Conservative MP, who has supported Ms Truss, told Express.co.uk: “She is one major rebellion away from losing control of the party if she has not lost control already.

“There is an increasingly strong chance she could be forced out.”

Another revealed that the shortlist of potential leaders had been whittled down to three.

“We cannot have another long leadership election like we have just been through but this thing looks as if it is over.

“The names are [Ben] Wallace, [Rishi] Sunak and [Penny] Mordaunt.

“Wallace is the strongest candidate because he is beloved by party members and has not already been rejected in a leadership election like the other two.”

Another insisted: “It has to be done by acclamation like we did in 2004.”

In 2004, Michael Howard replaced Iain Duncan Smith as the only candidate so there was no member vote.

Truss is fighting for her political life after Gove forces U-turn. [INSIGHT] 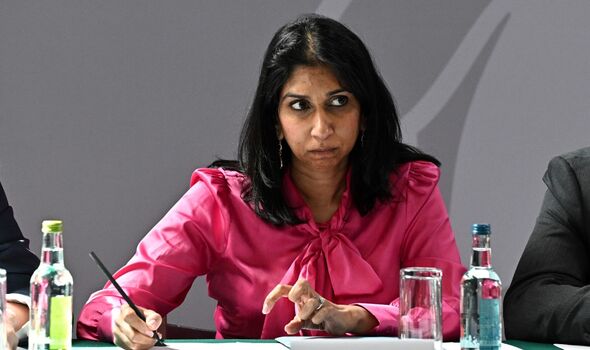 A Scottish Tory said: “Ben [Wallace] was inn the Scottish Parliament for a time and would be perfect, we could take on [Nicola] Sturgeon and it would be a real message to Scots about the importance of the Union. He is a Scot and gets Scotland.”

But other MPs have warned that party members “would not accept another MP coup” after the backlash over Boris Johnson being deposed.

A campaign by Lord Cruddas almost forced a change in the rules to allow Mr Johnson to stay on.

Another MP noted: “It may be utter chaos at the moment, but voters will never forgive us if we depose yet another Prime Minister.

“It’s like the last days of Rome, the year of the four Emperors or something. Completely mad.”

But one minister said: “We can’t keep going with this s*** show!”

In a ConHome fringe event, International Trade Secretary expressed her frustration at the unfurling events.

She said: “It’s been very, very frustrating as a Cabinet minister to see how this conference has been marred by people trying to change the narrative against the PM.”